After the first 6 months 2021 looks set to be the coldest year since 2014. The annual global average temperature calculated so far is 0.64C relative to a baseline 1961-1990. The June monthly temperature has remained unchanged since May (0.69C), although there are differences in the spatial distributions. 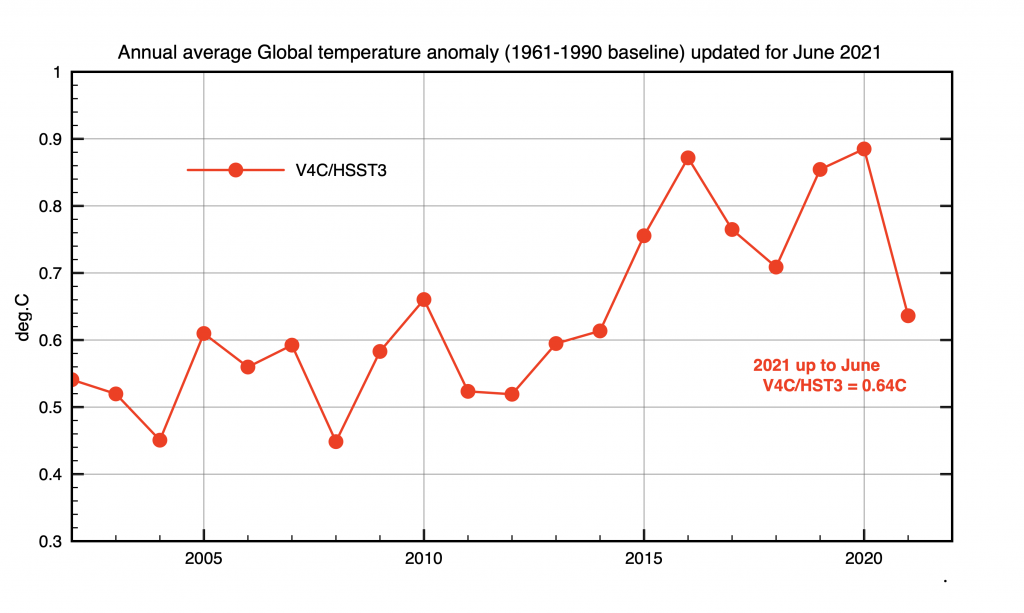 The monthly temperatures show an insignificant change relative to the May value keeping the annual average essentially the same as well. 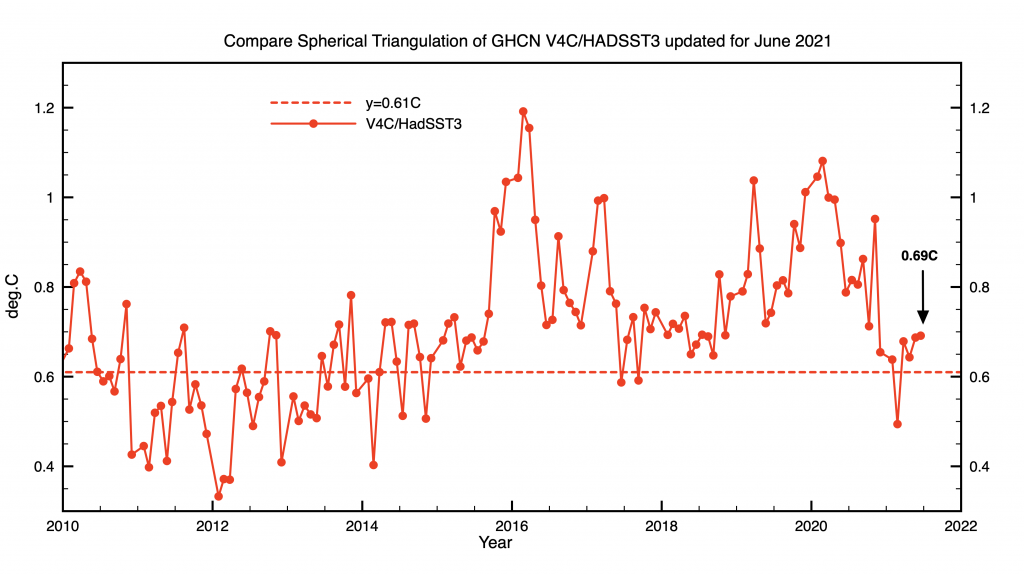 Monthly temperatures. May and June 2021 are essentially the same.

There are however changes in the spatial heat distribution since May, but a strong La Nina effect remains in place. Here is an animation of the 3D temperature distribution in June. The southern hemisphere remains much cooler than normal. There is also evidence of a ring of warmer temperatures encircling the earth  at ~40N.

15 Responses to Global Temperature for June remains unchanged at 0.69C