However if you look at the actual measurement data made by tidal gauges and satellite altimetry , then you find something quite different . 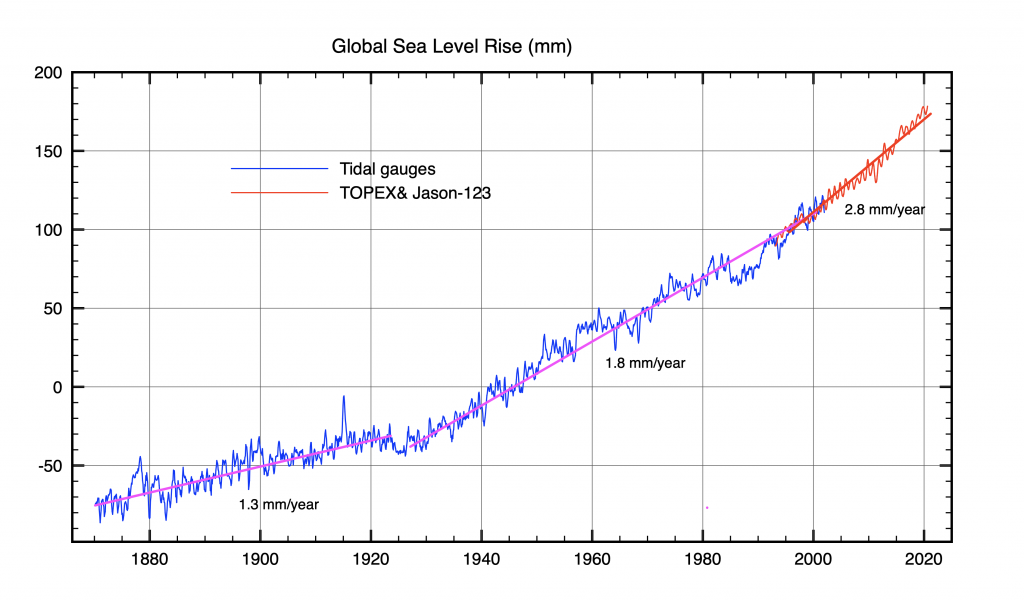 You can see 3 distinct trends. Before 1925 a long term trend of increasing sea levels of 1.3mm/year is seen and from 1925 until 1993 the trend is 1.8mm/year. This appears to be  a systematic shift rather than any physical “acceleration” effect,  perhaps due to a more consistent set of gauges after 1925. There is no evidence of an accelerating trend up until 2000. Thereafter the satellite data from Topex/Jason-123 shows a small systematic step increase in trend to ~2.8mm/year. This increase from 1.8 to 2.8mm/year is interpreted as an “accelerating” sea level rise, but it looks suspiciously like yet another instrumental effect. Indeed there is no acceleration visible within the satellite series data itself. 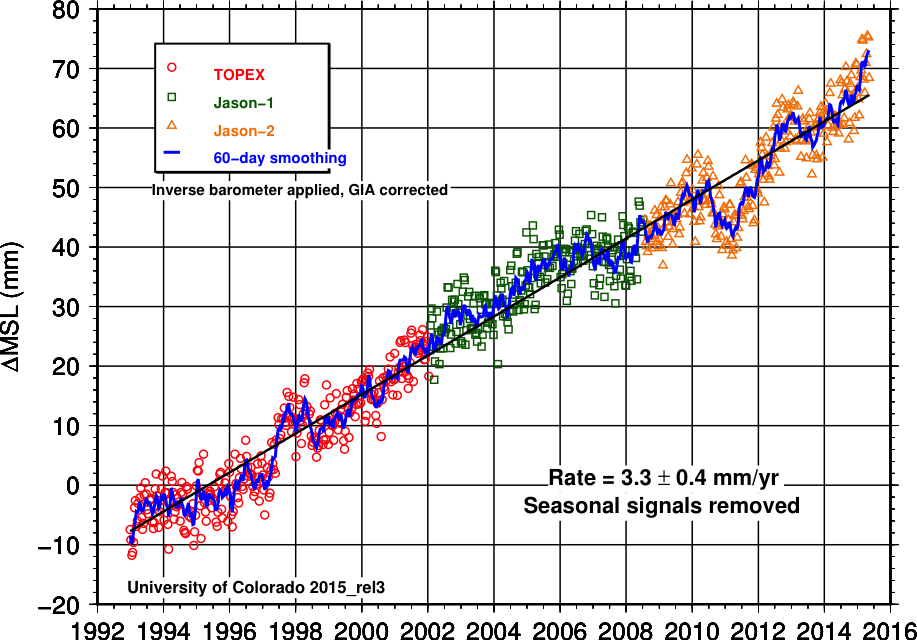 This satellite data with seasonal effects removed shows a stable trend of ~3.3 mm/year. At this rate we would expect a sea level rise by 2100 of  only a further 26 cm. Yet AR6 is implying far larger rises. In fact the rises they project seem much larger because they all  assume  an accelerating rise.

Likely range between 1 and 1.7m rise in sea levels by 2150 assuming accelerating rise.

If instead we extrapolate the satellite data forward to 2150assuming a continuous linear rising trend of 3.3mm/yr than we get a net rise in sea level of 60cm since 1945. This  corresponds to just a 45cm rise on the AR6 baseline (zeroed at 2100) 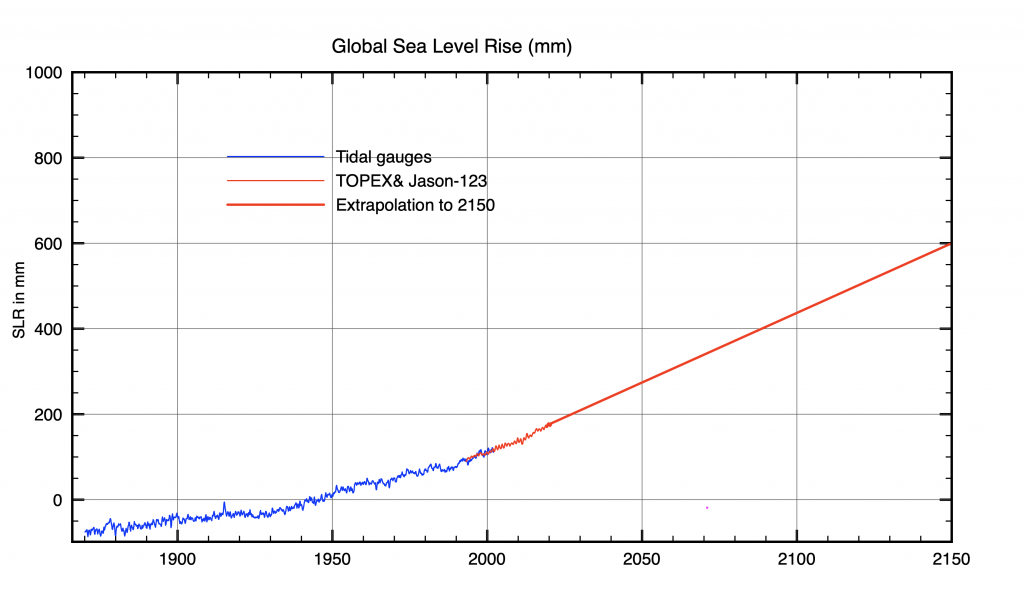 Sea level rise is probably the most alarming climate change prediction because many major cities are located on coasts or estuaries with protected harbours. Sea levels have been rising continuously since  the last glacial maximum (100m lower than today). There is no firm evidence that convinces me this rise has accelerated significantly in recent decades. So if we assume that the satellite data are the most accurate measure of trends then we can expect a 45cm rise by 2150 relative to todays levels. The daily tidal range in London reaches as much as 7 meters, so the London barrage should easily be able to cope with an extra 45cm in 150 years time. If not we will have plenty of time to upgrade it.