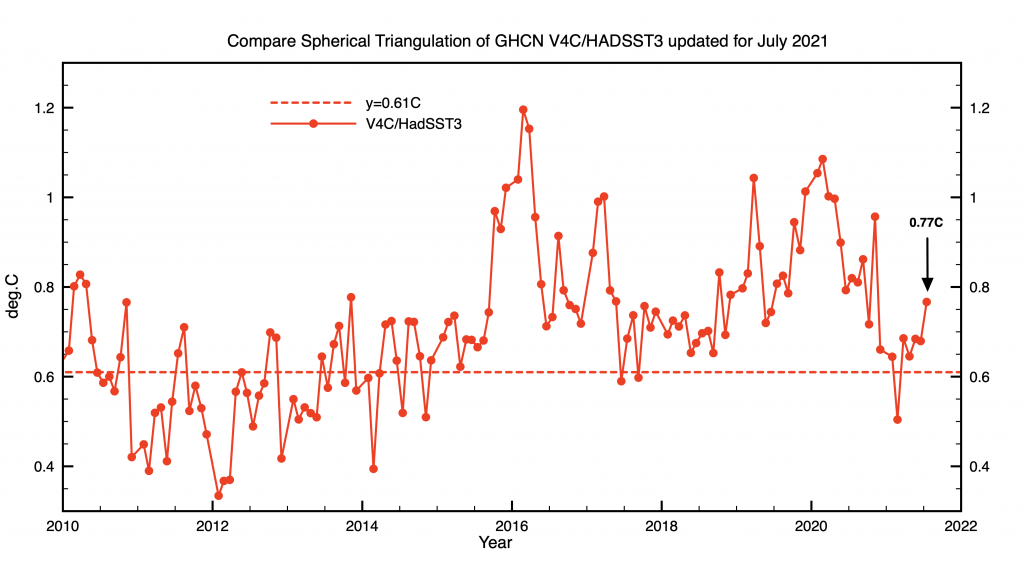 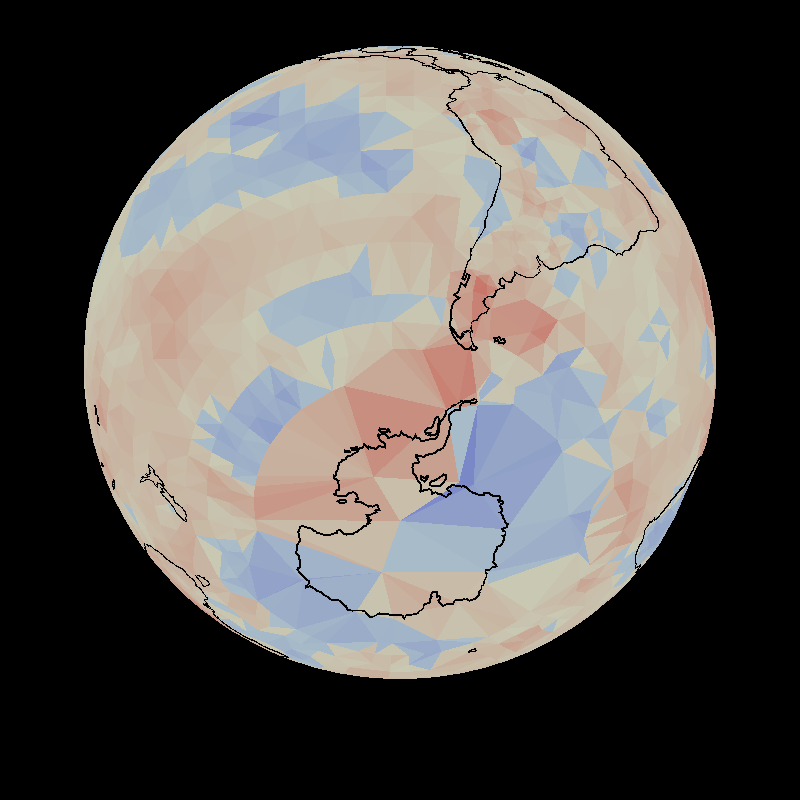 La Nina is still evident with cooler temperatures across the SH.

The Northern Hemisphere is warm apart from cold spots in the Eastern United States and in Northern Siberia. 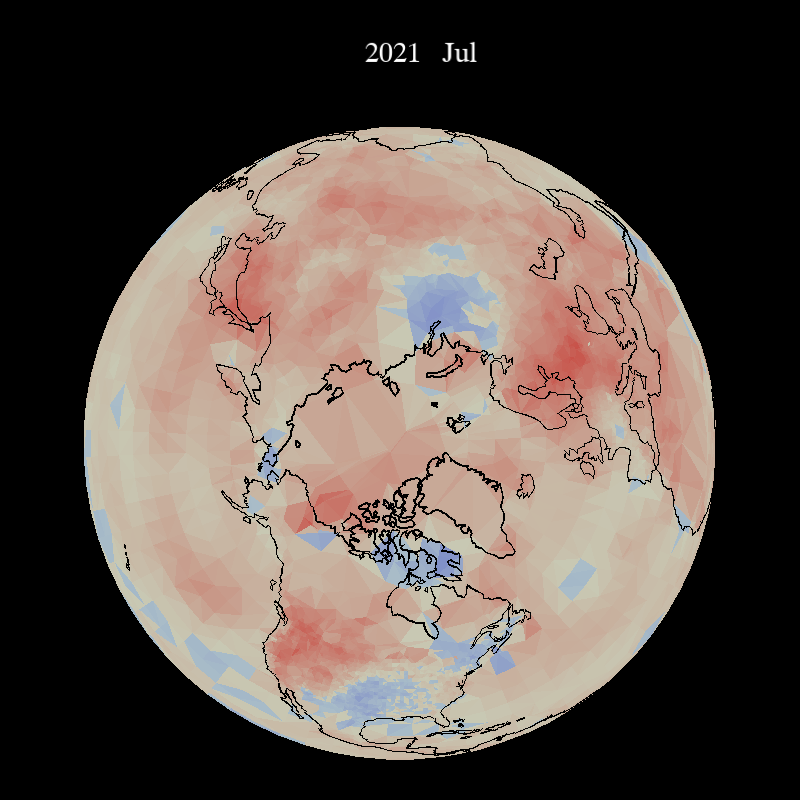 Finally here is a plot of the 2021 average temperature after the first 7 months relative to a  1961-199o baseline. 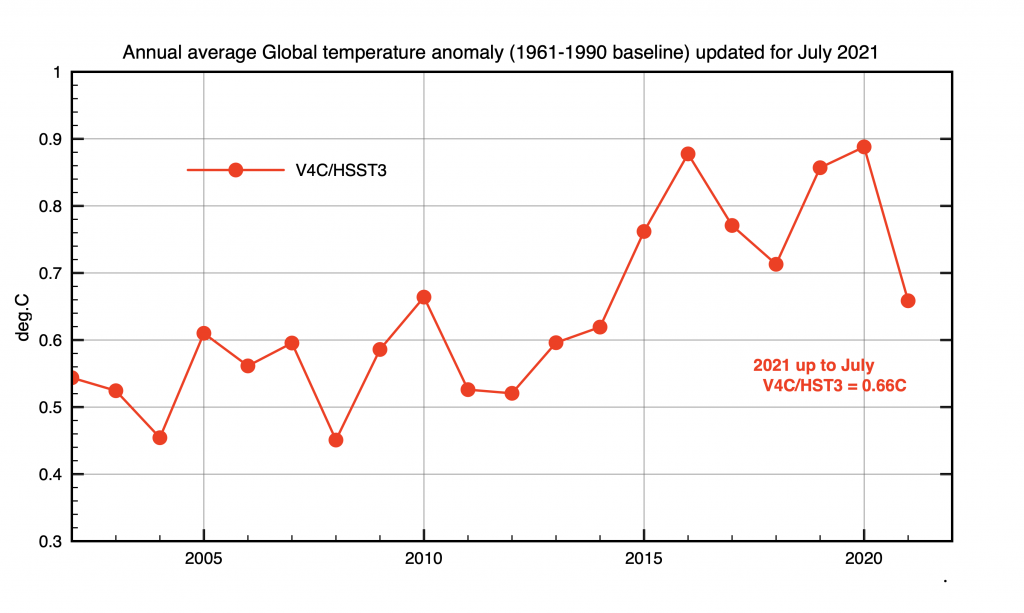