There are two versions of HadSST namely version 3 and version 4. My calculations of temperature to date were always based on Version 3. Version 4 gives higher 21st century temperature anomalies than Version 3 but is said to be more accurately aligned to floating buoys. Neither dataset had been updated since September until 2 days ago. Version 3  was updated just for October while  HadSST4 was updated for October and November. Consequently I calculated two sets of results using my spherical triangulation method. The monthly comparisons are shown below. 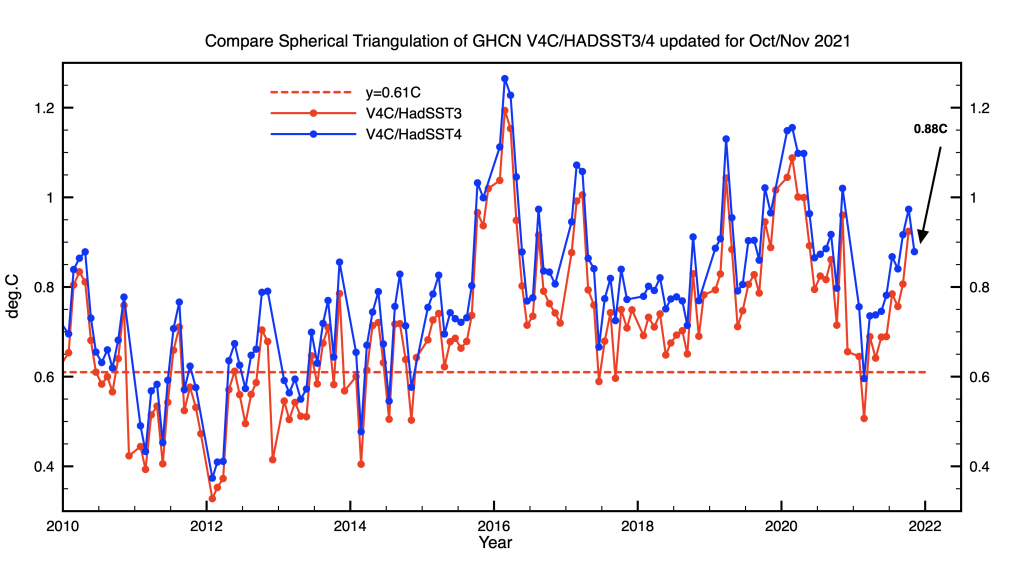 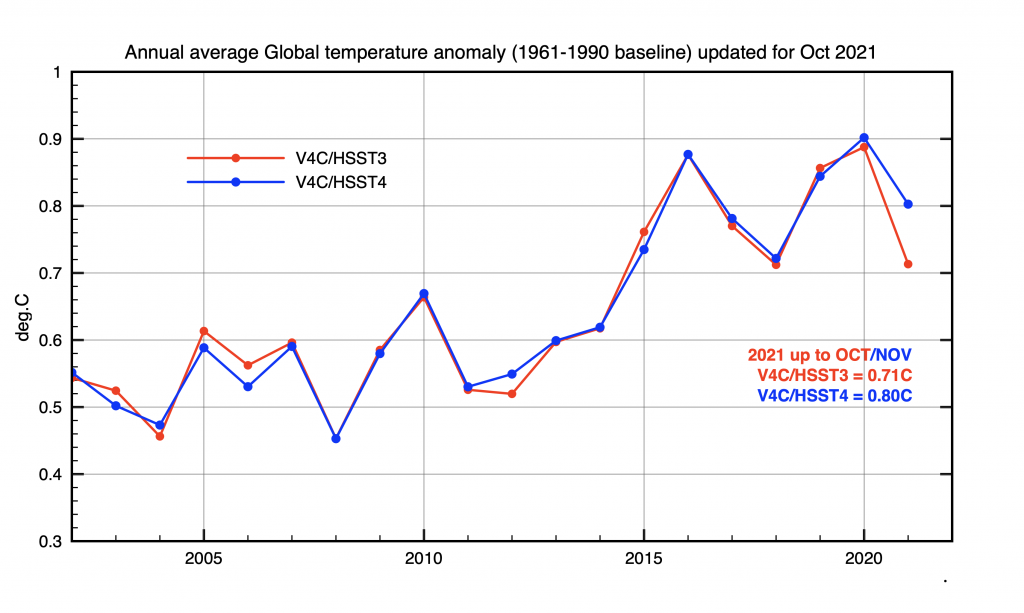 Annual global temperatures based on GHCN-V4C and a) HadSST3/4

Here is a spatial comparison between the two results

Spatial difference between HadSST3(left) and HadSST4(right) in the Arctic Ocean.

Australia looks much cooler than normal!

I will probably use HadSST4 in future as it seems to be better accepted and supported. Here are the arguments as to why many climate scientists believe it is better.

2 Responses to Cooler global temperatures in 2021