It really is time  to wake  up to the reality of increasing coal consumption and carbon emissions. This  was recently addressed by  Maria van der Hoeven of the IEA who gave a speech to launch the “Medium Term Coal Market Report 2013” in Paris last  Monday 16th Dec. Much the same points have also made by Dieter Helm in his book “The Carbon Crunch”. 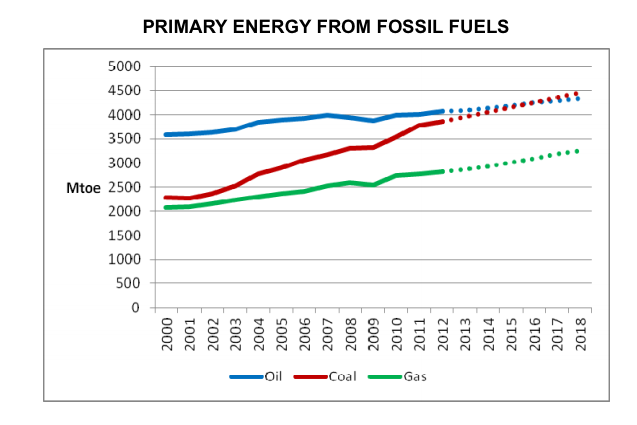 Coal powers the developing world and is due to overtake Oil in 2014. Neither is OECD usage falling 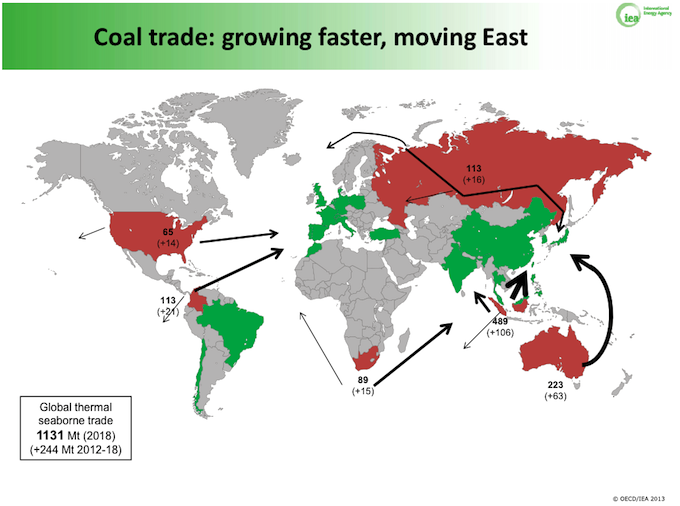 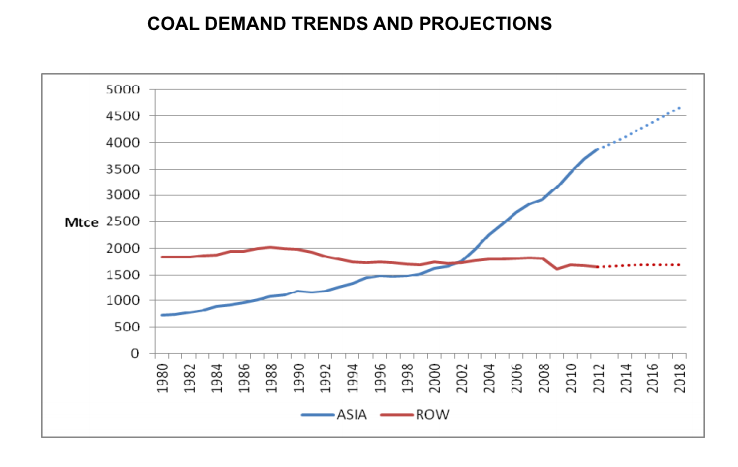 Rapid Rise of Coal in ASIA – so far mainly from China. ROW =Rest of the World.

Whenever you see the Keeling curve of ever increasing CO2 levels just remember that nearly 2/3 of that is due to coal burning in Asia. What can be done about it?  In the short term nothing can be done and carbon emissions are sure to rise for the next few decades whatever we do in Europe.  It means that Europe’s efforts to cut emissions are essentially futile.  There are only two ways out of this dilemma long term:

The scale of the growth in coal consumption in Asia is staggering. It really makes a mockery of Europe’s de-carbonization policies.  For energy security reasons the UK should have built a couple of modern efficient coal plants just like Germany and Holland did within EU limits and thereby save on  energy bills.  However, Friends of the Earth stopped the Kingsnorth plant in Kent from being developed by E-on in 2009, and shortly after the UK government essentially blocked any new coal plants without CCS and introduced a stealth carbon floor tax penalizing coal further. Meanwhile any progress on CCS is essentially stalled and the UK faces power curs in 2014/2015. One reason for that is that 30-40% of the output power is needed to drive CCS ! 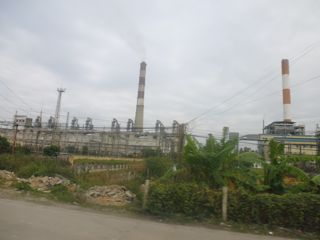 An old coal power station outside Hanoi. Vietnam and Cambodia are self sufficient in coal and also export to China. Cambodia also has large oil reserves.

Acknowledgement: The figures and data are taken from the IEA talk of Maria van der Hoeven.

11 Responses to Coal -The hard facts