Why UHI cools the past !

The Urban Heat Island(UHI) effect ‘cools’ the past in CRUTEM4 land temperature series. This may seem counter-intuitive but the inclusion of stations in  large cities has introduced a long term bias in normalised  anomalies. 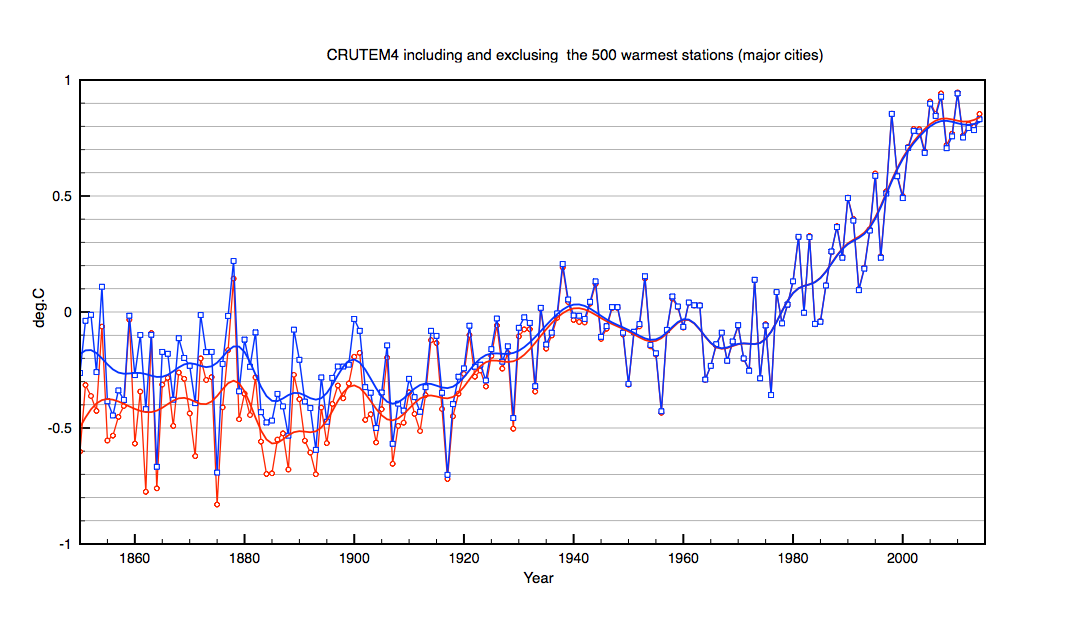 The reason for this bias is that each station gets normalised to the same 1961-1990 period independent of its relative temperature. Even though we know that a large city like Milan is on average 3C warmer than the surrounding area, it makes no difference to the apparent anomaly change. That is because all net warming due to city growth effectively gets normalised out when the seasonal average is subtracted. As a direct result such ‘warm’ cities appear to be far ‘cooler’ than the surrounding areas before 1950. This is just another artifact of using anomalies rather than absolute temperatures.

I analysed all 6520 stations in CRUTEM4 and identified those stations whose average anomaly increase from the period before 1921 to the period 1990-2015 was greater than 1C . There are 538 such stations, the majority of which are in urban areas. These include places like San Diego, Calcutta, Melbourne, Beijing, Shanghai etc. The full list is here. I repeated exactly the same calculation of CRUTEM4 annual anomalies both with and without these stations. Even without these cities the remaining coverage is almost unchanged at 5982 stations. The results are shown above and below. 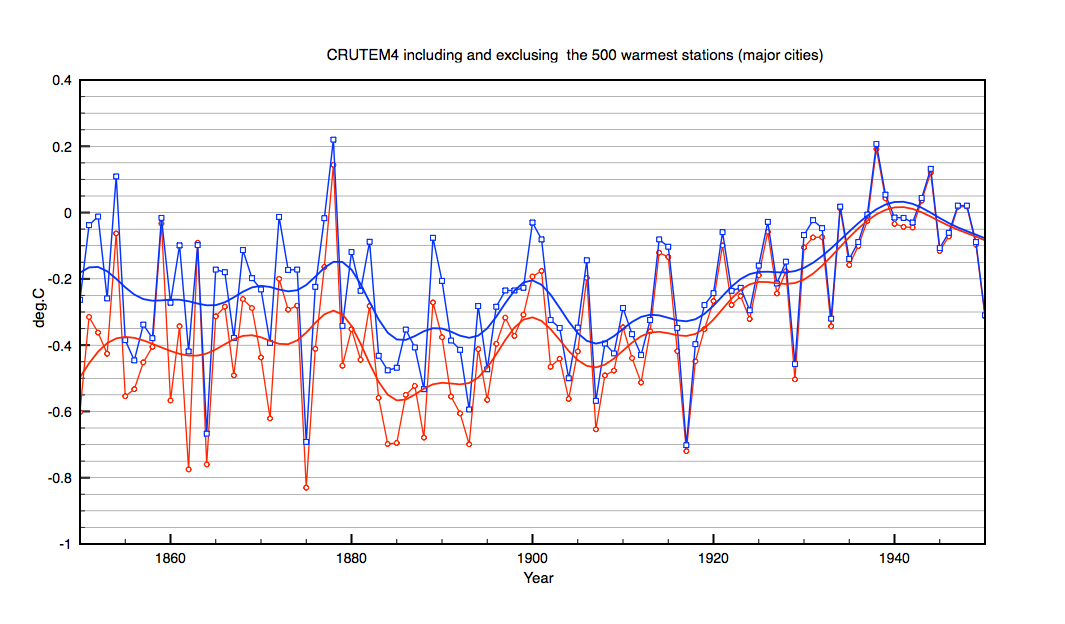 The most rapidly changing stations due to post 1950 urbanisation cause a net reduction in 19th century anomalies of ~0.2C 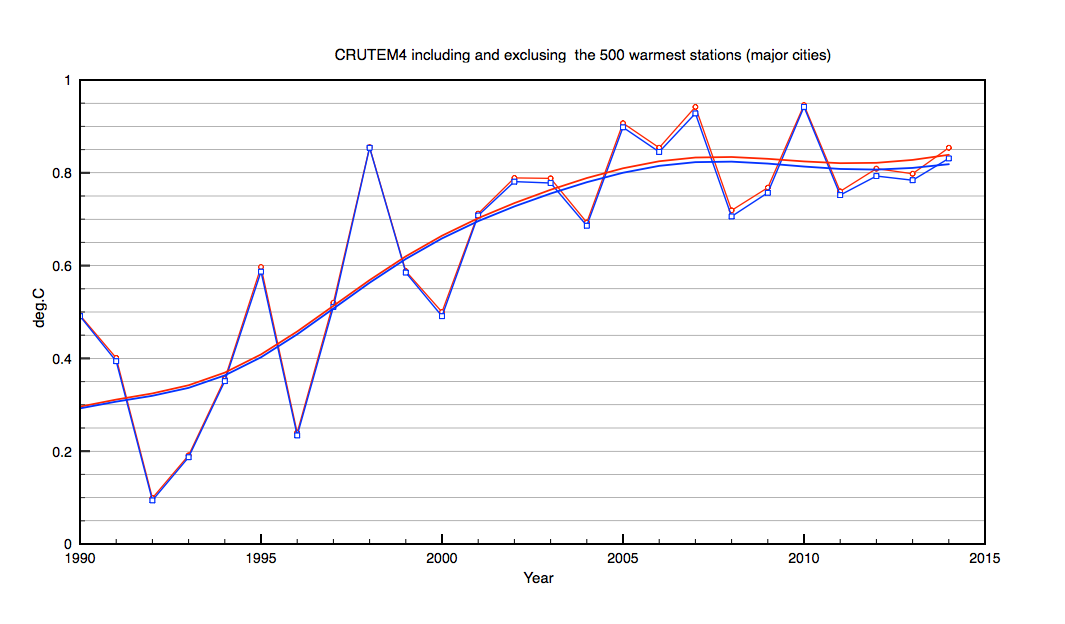 Detail of recent trenbds in land anol,amies with and without the 538 ‘cities’.

The recent trends are very much smaller – only ~0.02C. The reason for this is simply that the fastest ‘energy’ growth in major cities had already occured before 1990. The overall rise in temperature gets normalised out when calculating anomalies. However its effect simply reappears as an excess ‘cooling’ in the 19th and early 20th century.

Past studies (including mine!) have claimed that the UHI effect is very small partly because they focus on  recent trends in temperature anomalies. However this is not the case once  the pivot effect of the normalisation period is included. Overall I find that the UHI has increased global warming on land by about 0.2C since 1850 by artificially supressing land temperature anomalies pre-1960.

17 Responses to Why UHI cools the past !