Did an arriving ‘Dreamliner’ cause July’s record temperature at Heathrow ?

I have looked in detail at aircraft landing data for the North Runway on July 1st to try to answer the following question. Was the heat pulse that produced the record breaking July temperature at Heathrow due to an aircraft, or was it due to a break in the clouds? The balance of evidence is that it was likely caused by the hot exhausts from an arriving China Southern B787 Dreamliner taxiing past the Met station on its way to terminal 4, then exacerbated by a 10 knot SE wind. 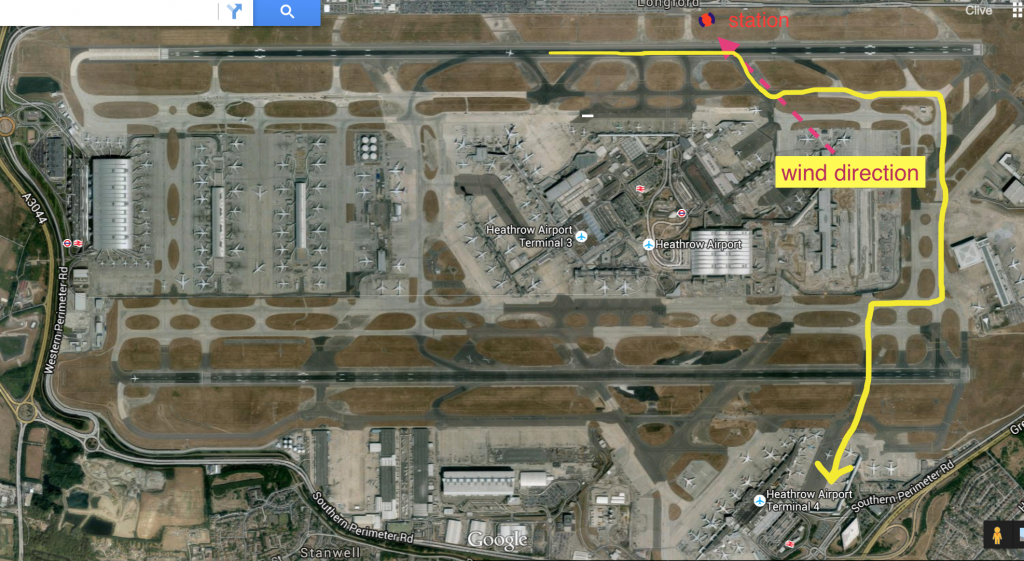 CZ303 landing from the West to the North Runway was the only arrival to terminal 4 during this period. (click to expand)

Shown below is the landing data (thanks to Dave Ward). All times are now in GMT in agreement with the Met data. The flight data in the previous post was wrong – it was in CET! 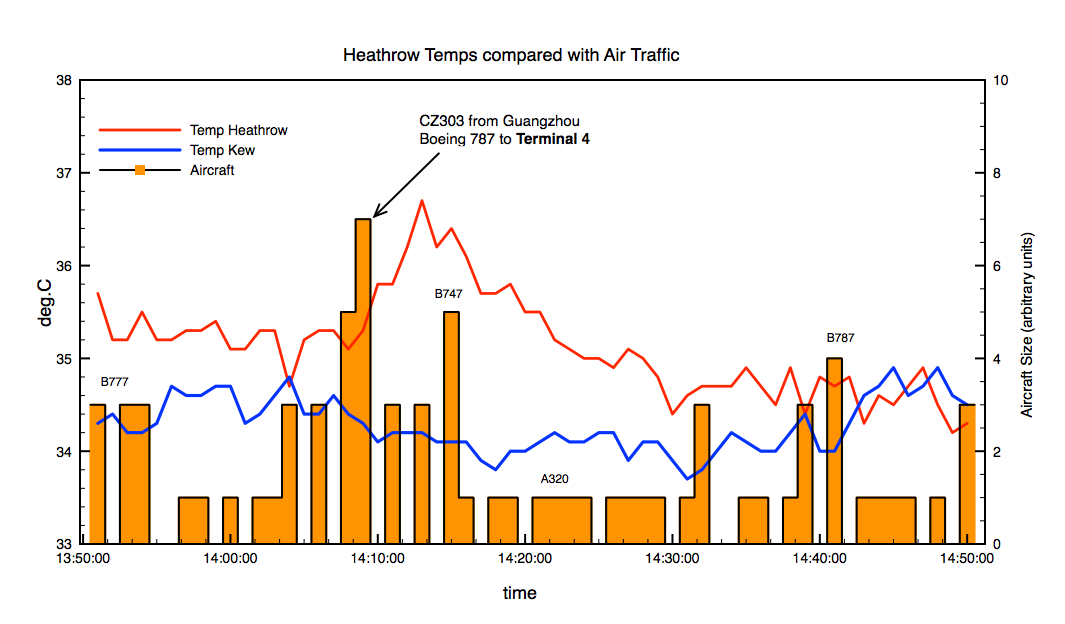 The alternative explanation for the heat pulse is that it was due to a break in clouds increasing solar radiation. This is shown below. 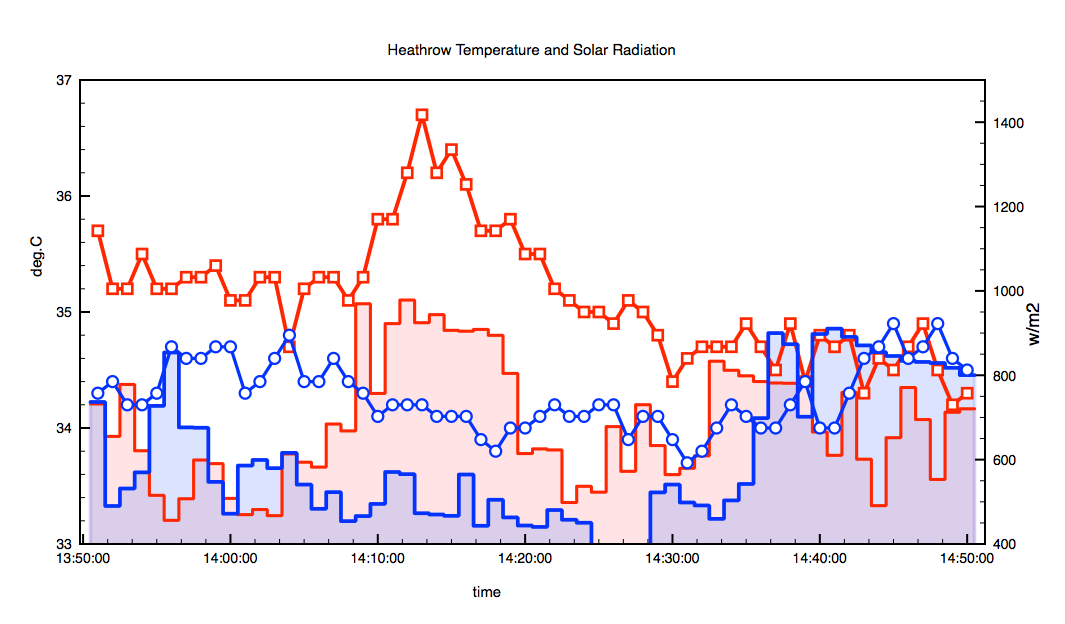 Compare Heathrow, Kew temperatures to solar radiation measurements. Red is Heathrow and Blue is Kew. The relevant solar radiation data is shown by the red/blue histograms

There was indeed an increase in solar radiation at Heathrow coincident with the temperature peak, but if this was the cause then why did a similar increase 30 minutes later produced no response at all. The Kew station shows a much  slower response to changing solar radiation. Stephensen screens are also supposed to shield thermometers from the sun and allow air mixing. Therefore the solar radiation explanation is in my opinion inconsistent.

I think it is more likely that CZ303 was the real cause.

11 Responses to Did an arriving ‘Dreamliner’ cause July’s record temperature at Heathrow ?