Will the Arctic and Antarctic sea ice melt completely by the end of this century? I show below what one CMIP5 model – the Centre National Recereche Metorological CNRM-CM5 is predicting. The images are generated from the sea ice field output by the model between 1861 and 2100.

Plotted here are the Antarctica sea ice levels for Sep between 1861 and 2099. This is the maximum month for sea ice. What is not shown is the Antarctica ice sheets on land. Only if these melt will it make a difference to sea levels. Freezing and melting oceans with the seasons do not change sea level.

This is how the  Arctic winter ice looks during the same 240 year period.

The summer ice in the Arctic is predicted to dissappear by 2040-2060. A minimal amount still remains in the Antarctic summer in 2060 but that too dissapears by 2100. 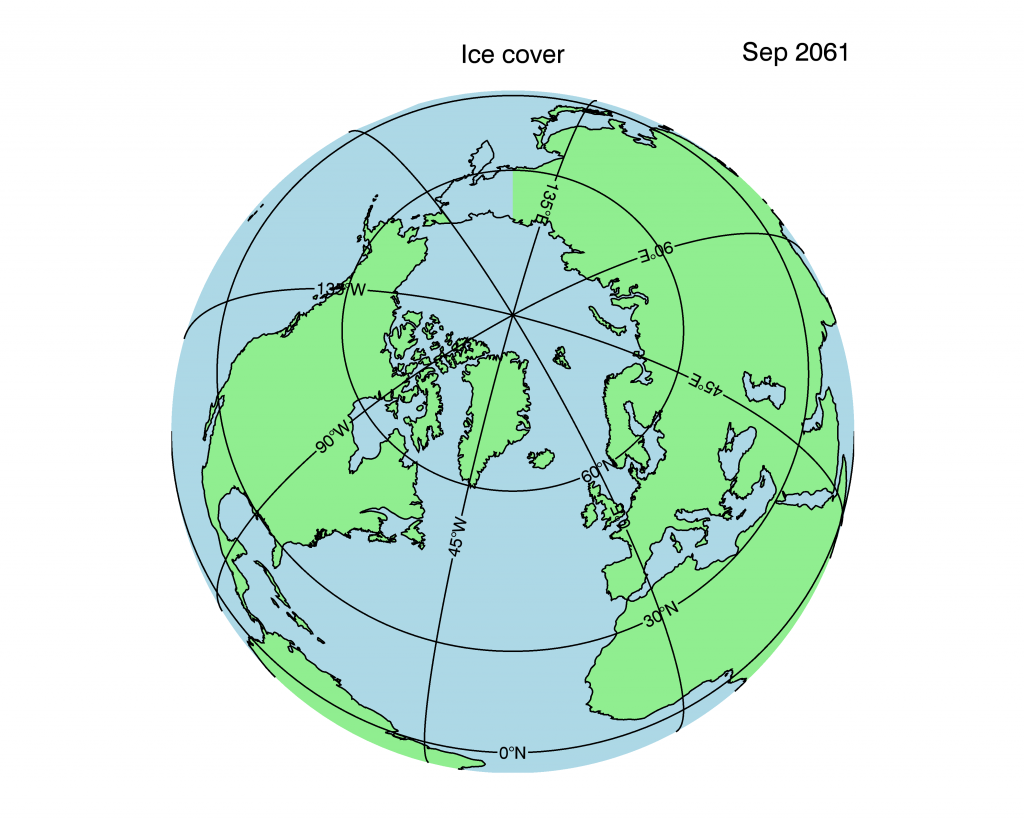 Whether summer ice in the Arctic will completely disappear is something that we will surely know within the next ten years.

Not all models agree on the rate of ice loss either. I show below a comparison of CSIRO and GISS models for a 12 monthly running average of total ice cover. For some reason they don’t even agree about the cover in 1860. Perhaps there is a problem of definition. 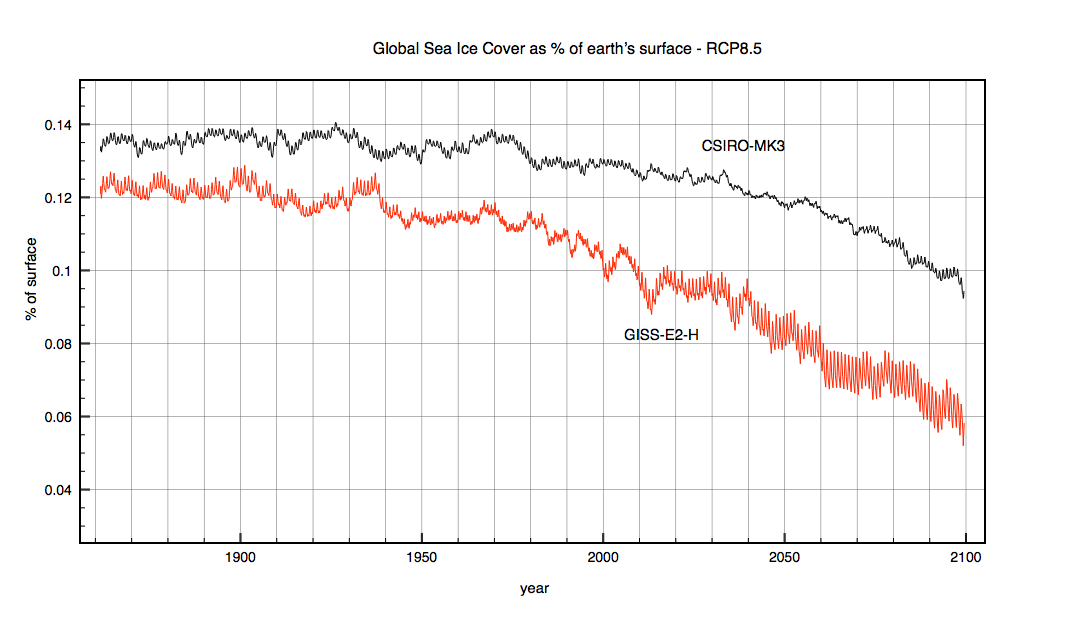 Comparison of ocean ice cover from 1861 to 2100. The red curve is a running 12 month average from GISS-E2-H, while the black curve is CSIRO-MK3