WebGL is a Javascript implementation of OpenGL which runs via your web browser locally on your graphics hardware. Nick Stokes has developed an interface to visualise 3D global  data such as temperatures on the earth. Here is an example for my March 2017 data. Click and drag on the sphere below to rotate it. Toggle buttons to add/remove triangular and point meshes.

To view the complete interface in a new window  click here

The great thing about such a 3D presentation is that you view distributions as they actually are, rather than through some distorted 2D map projection. Often such projections make polar regions appear far larger than they really are. Here are some more examples which I hope will show how useful 3D visualisations can be. To view Nick’s WebGL interface click on each title. 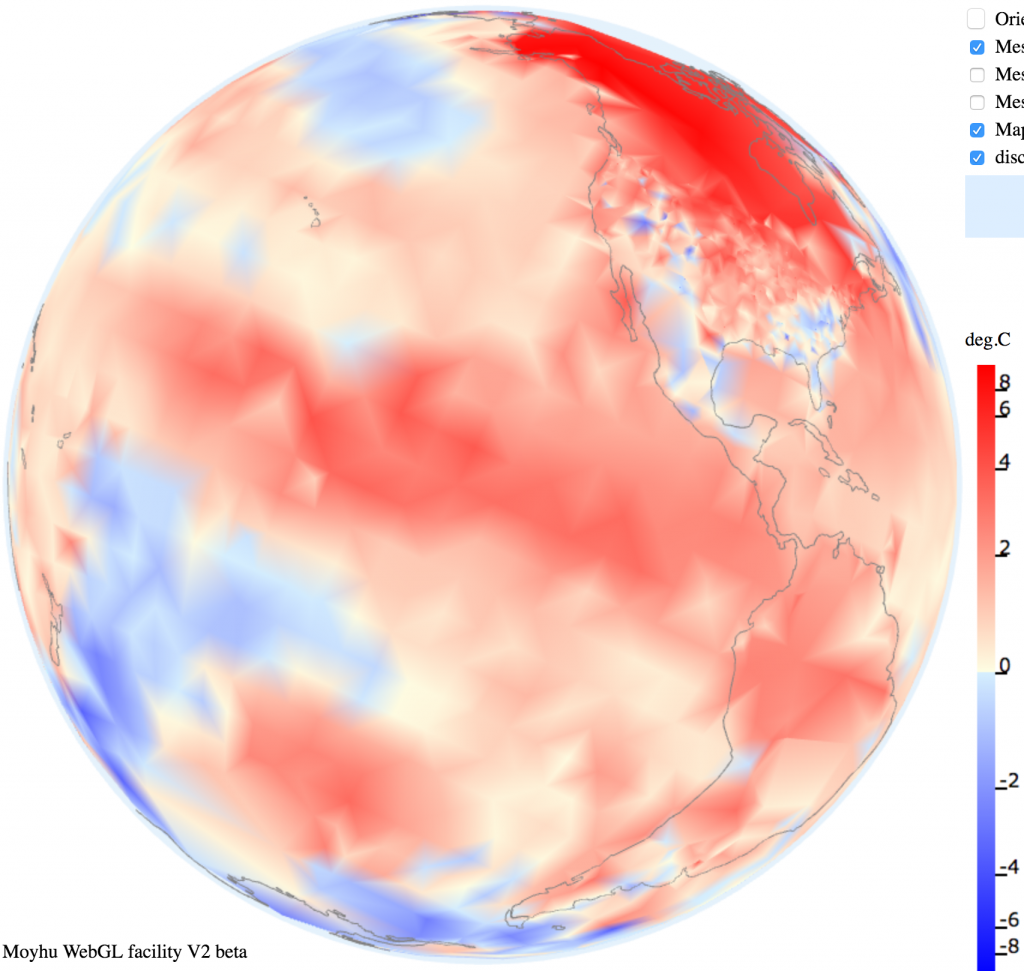 Europe experienced its coldest winter for 47 years. Cold Arctic air spread south over Europe and US under  a meandering Jet Stream. 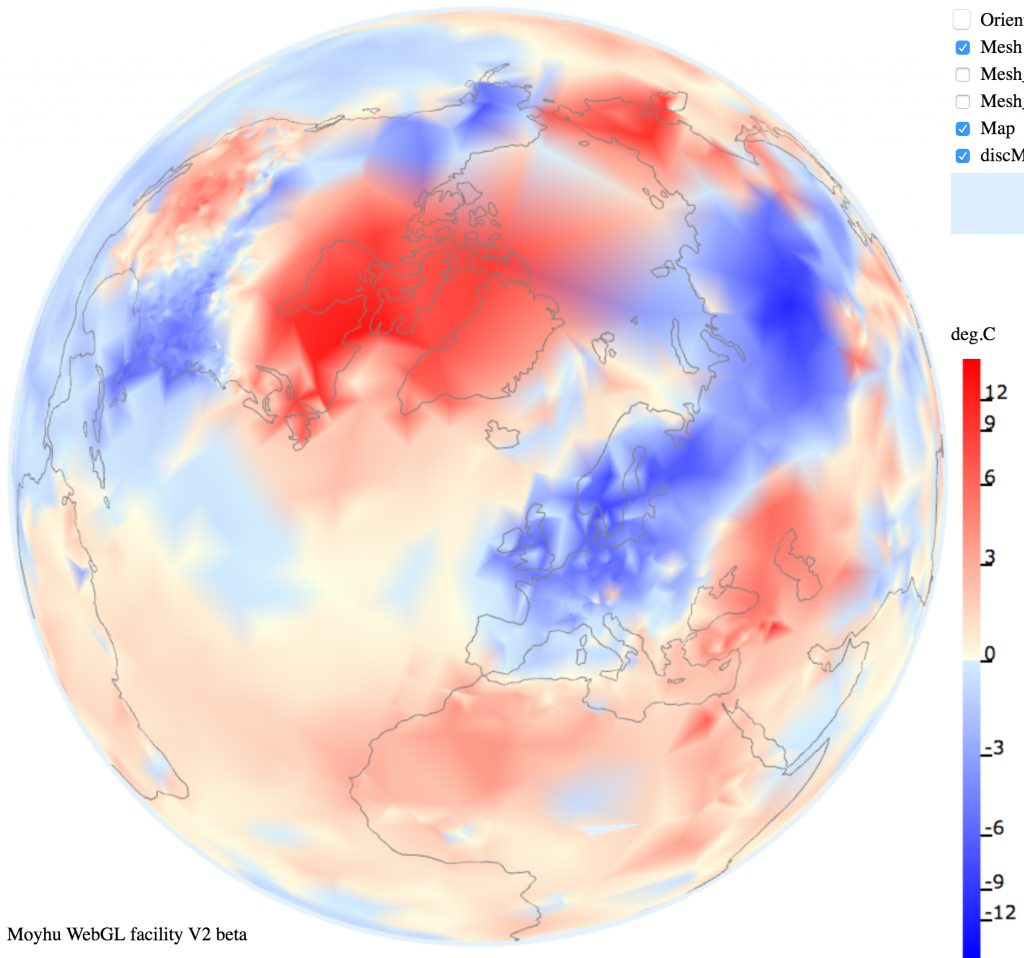 The coldest winter in Europe for 100 years saw a similar pattern to 2010. There were twice as many weather stations active in 1963 than there are today. Compare the number of nodes in the grids to those visible in 2017, and you will see a huge reduction in stations. 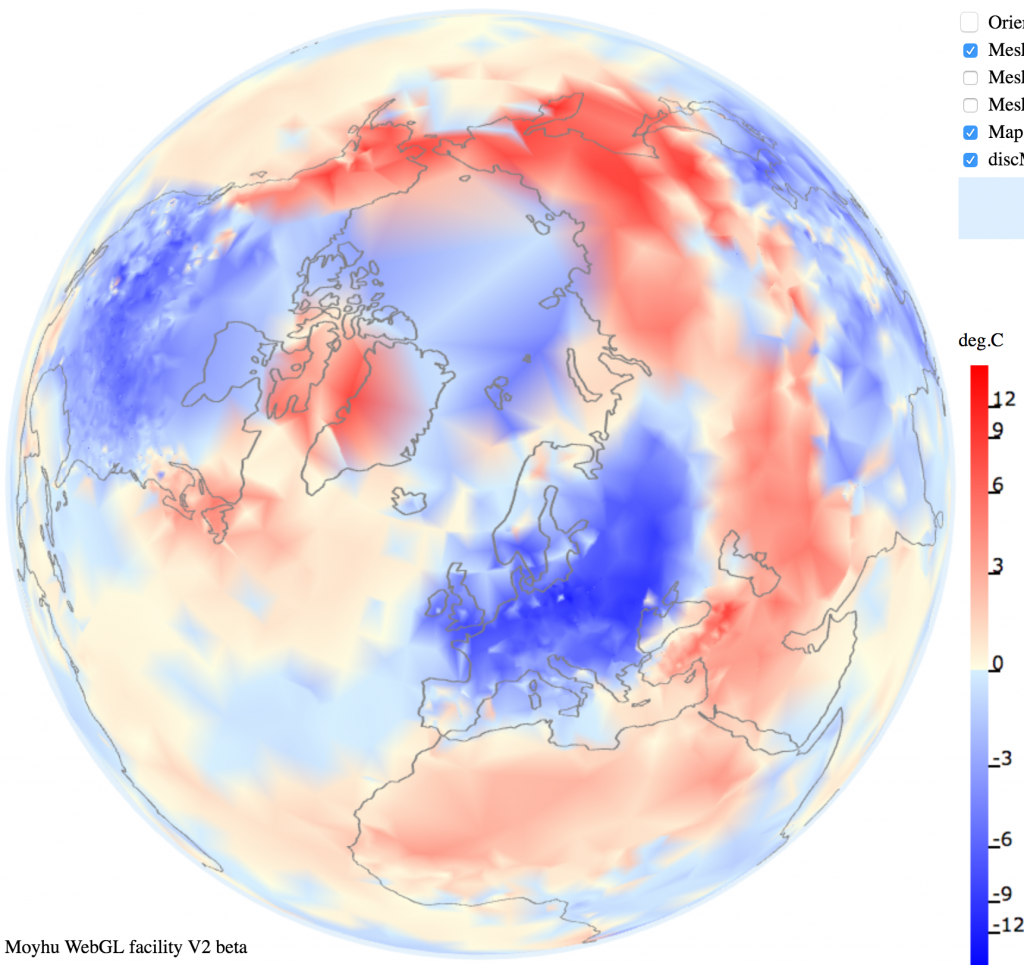 VRML was originally proposed in 1995 as the 3D visualisation standard on the web but you always needed a plugin or SGI workstation. X3D grew out of XRML but has not been widely taken up. WebGL however has the advantage that it is supported by all modern HTML5 Browsers.

However, WebGL and Javascript are not for the faint hearted, as programming and debugging are rather difficult. Appreciations therefore go to Nick Stokes for doing most of the hard work to make a generic Earth Science interface, which is then relatively easy to adapt to new sets of data.