I have made a spherical triangulation of the CRUTEM4 station data combined with HSST3 ocean temperature data. This is essentially Hadcrut4.5, but instead of using a (lat,lon) grid, it is averaged over the surface of a sphere including the poles.

So how does this compare to existing temperature data? The next plot shows the annual global temperature anomaly as compared to the standard Hadcrut4 values and those of Cowtan & Way. 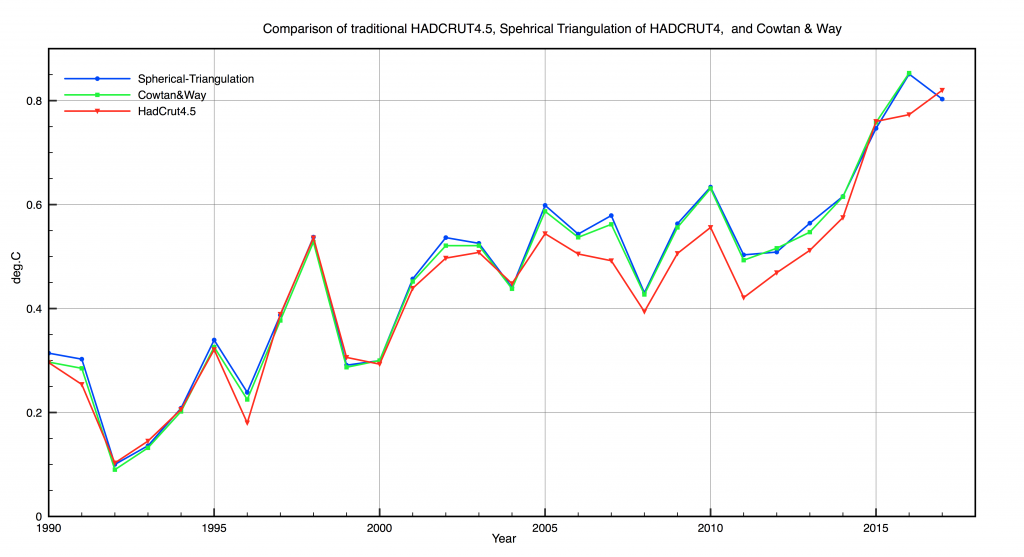 Comparison of recent yearly anomalies based on Hadcrut4.5

The spherical results are essentially identical to those of Cowtan and Way! They use a complex 2D kriging algorithm to interpolate the 5 degree T(lat,lon) values into higher latitudes, partly guided by UAH satellite data.