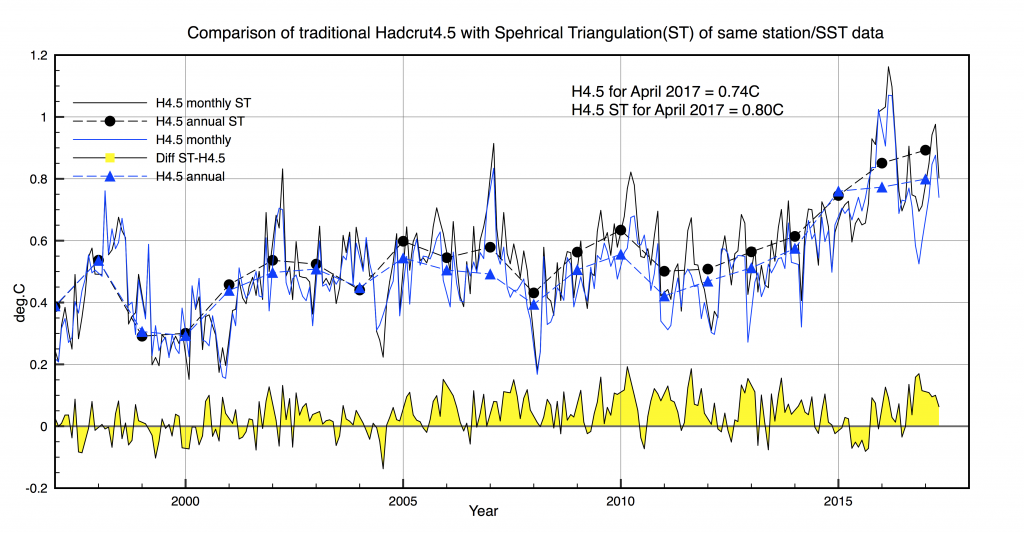 Comparison of both averaging methods for the last 20 years. Yellow shading shows the difference between the two.

It is the years which have high Arctic anomalies which differ the most. Here is the spatial dependence for April which is still showing net Arctic ‘warmth’. 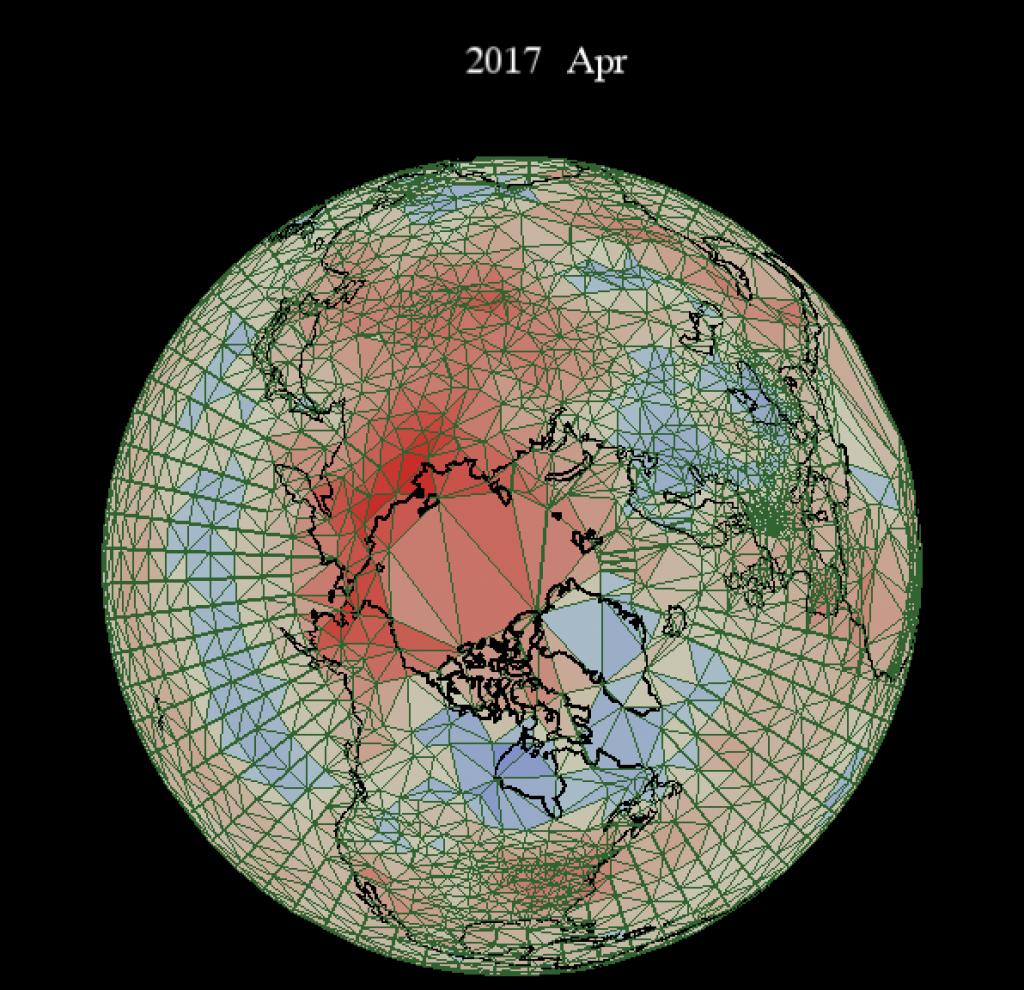 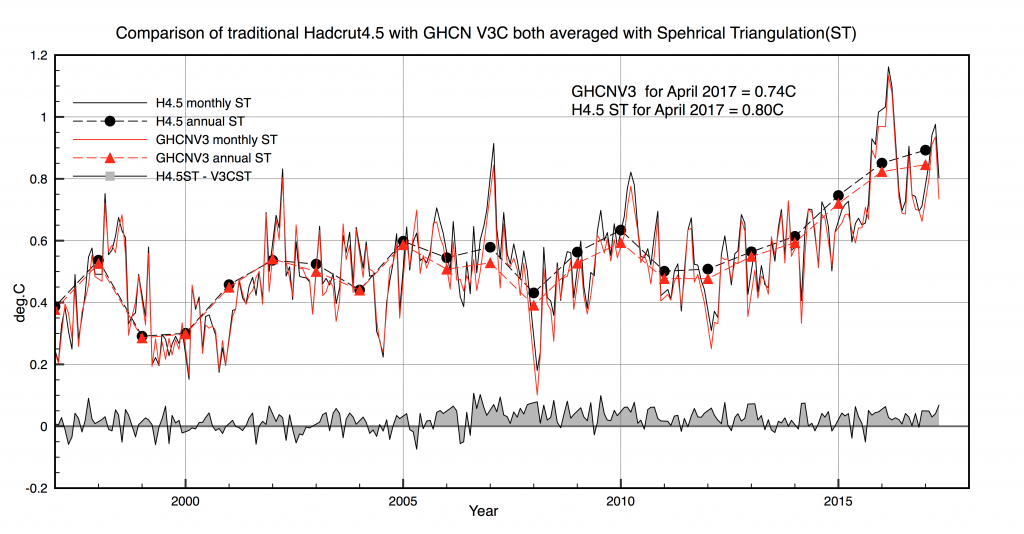 The main difference is the sampling pool of land stations.