The earth is roughly a sphere so an unbiased method to bin surface temperature data is to treat the surface itself in 3D. Ideally each bin should cover exactly the same surface area, so that the global average is simply the average over all populated bins. I have been using Icosahedral grids to try to solve this. An Icosahedron is a regular 20-sided object, whose faces are all equilateral triangles. By  subdividing each triangle into 4 new ones and then extrapolating the edges to a unit sphere, we generate a detailed triangular spherical grid. Each subdivision or  level increases the grid size by a factor 4. The diagram below shows the resultant grid up to level 3. I am currently using a level 4 grid which contains 2562 vertices, to analyse temperature data.

Figure 1: Generating a triangular mesh on a spherical surface by subdividing an Icosahedron

What is interesting is that the corners of each triangle connect together the 6 neighbouring triangles to form equal area hexagons. In this way you can also view the grid as a hexagonal tessellation of a sphere. Scattered over the surface of the sphere are temperature measurements, each of which lie within both a single triangle and three neighbouring hexagons. 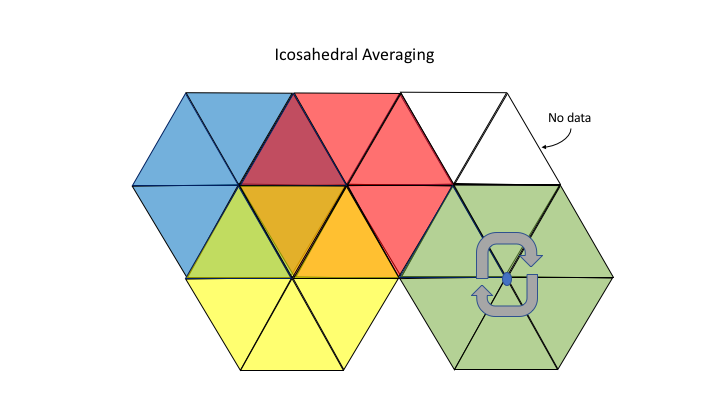 The averaging method I am currently using  takes each node on the grid and averages together all station temperature anomalies that are contained within the hexagon centred on that particular node. This results in an average temperature for each hexagon centred on each grid node.  But of course these hexagons overlap with each other so that stations lying within one triangle contribute to the 3 neighbouring hexagons of which they form part. As a result there is a near neighbour averaging taking place at the same time. The example in Figure 2 shows a colour blending of 3 overlapping hexagons with primary blue, yellow and red shading. The overlapping triangles are colour mixed.

This effect can also be seen in the rendering of the October 2017 results. Note however that IDL reflects the hexagonal structure differently in the shading. It doesn’t blend each overlapping triangle but rather divides the shading contributions.  White triangular areas signify  no data coverage contribution. 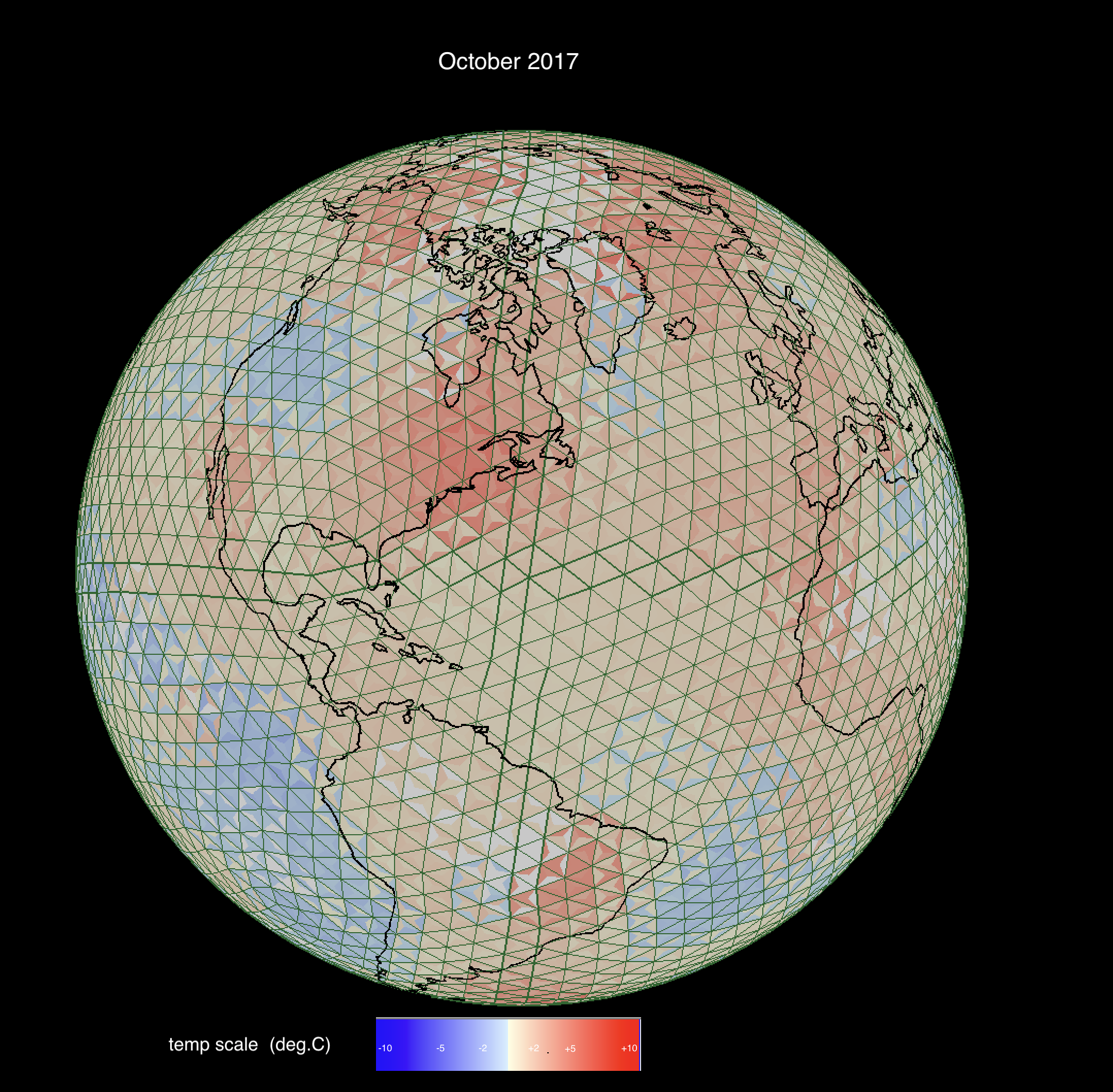 Can we do better than this simply by increasing the grid density? Each additional level increases the number of nodes by a factor 4. So a level 5 grid now contains 10224 node points adding also  a factor 4 increase in computation time. The results from level 4 and 5 grids are compared in Figure 4. 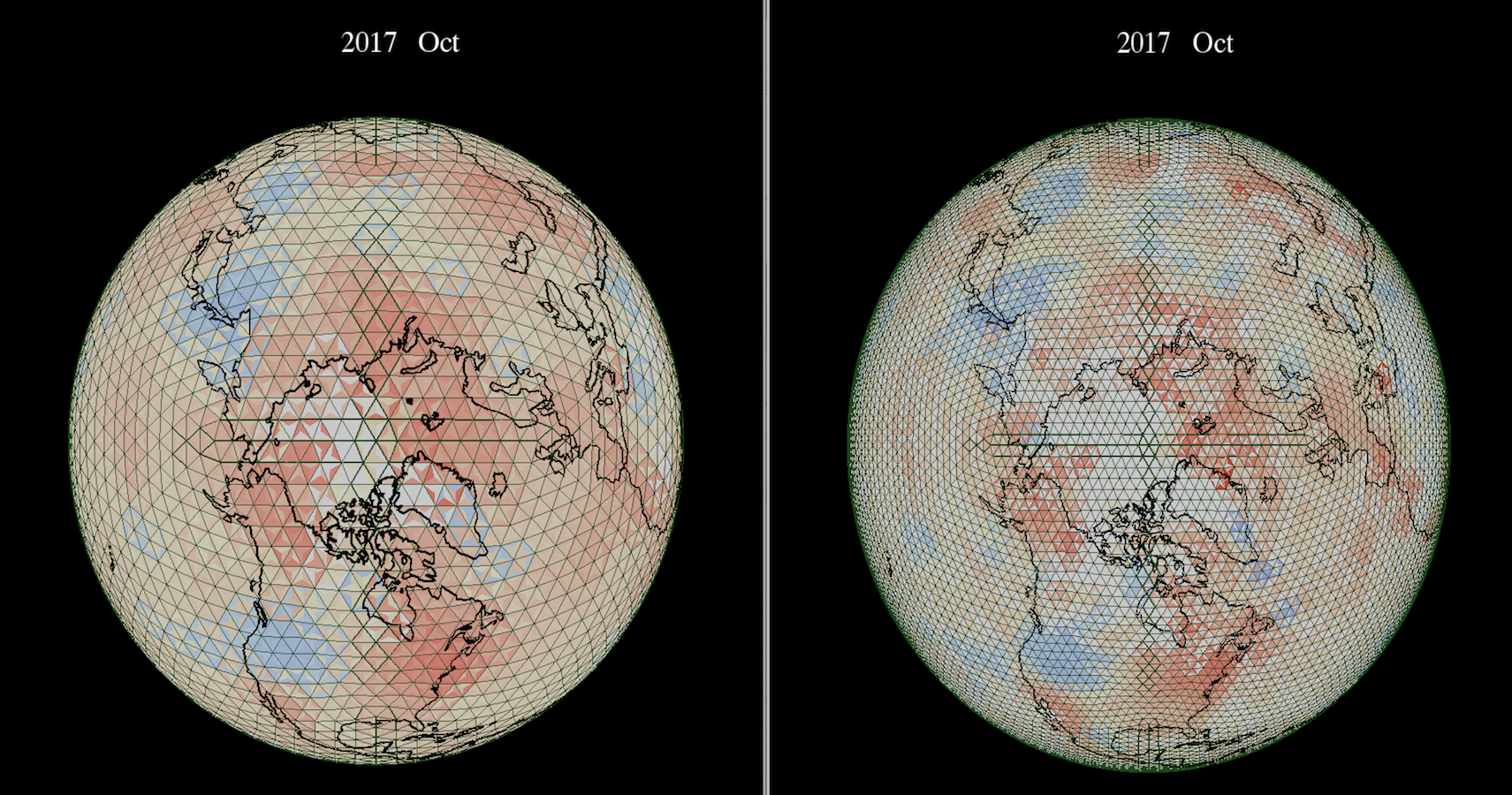 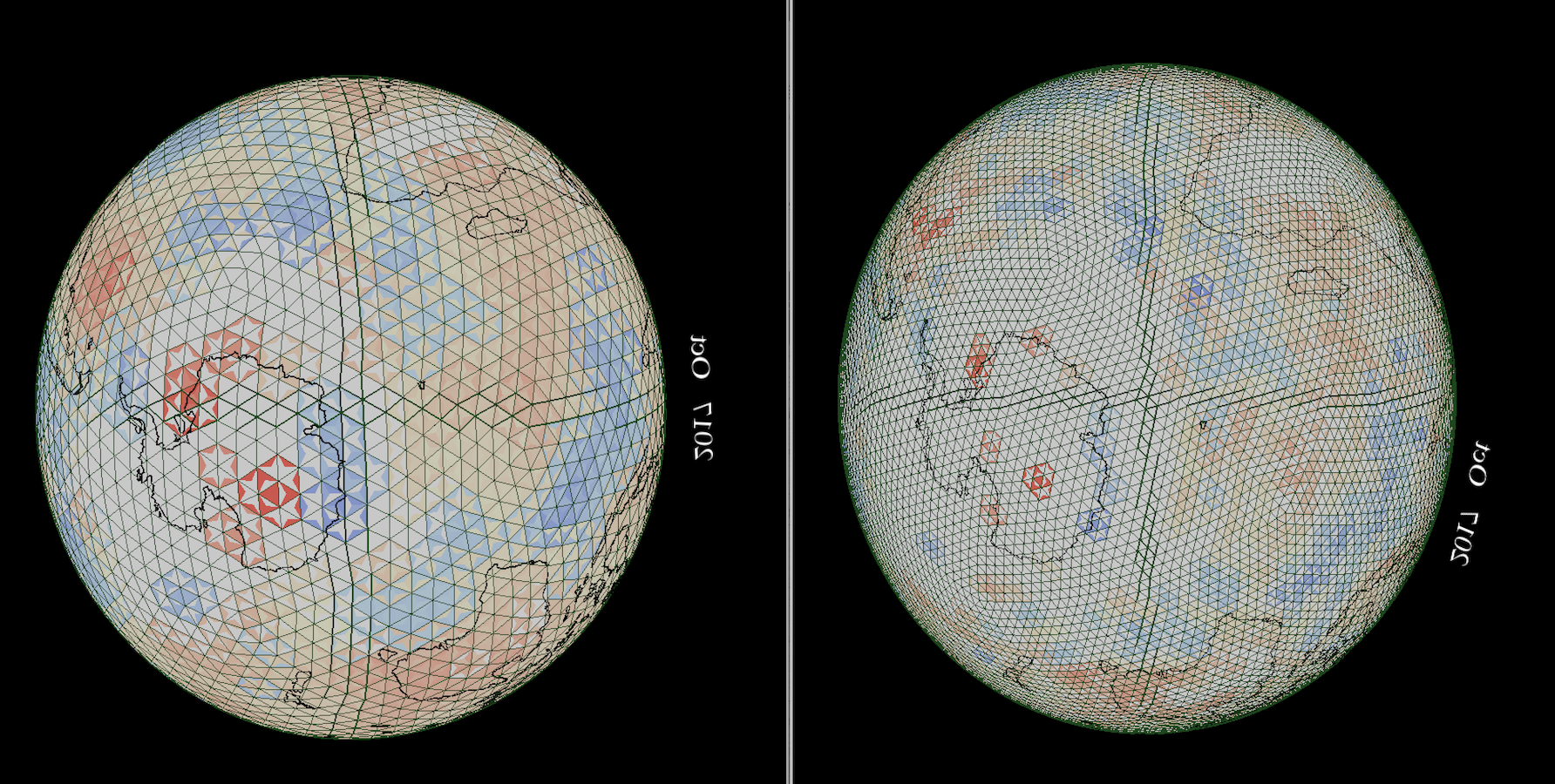 Figure 4: Comparison of results from a level 4 grid and an level 5 grid

The smaller grid size works fine in the US where station density is very high, but elsewhere many empty grid cells start to appear. In addition there is  a limiting factor on Ocean temperature data also causing empty grid cells. This is because HADSST3 has already been  pre-binned onto  5×5°  Lat, Lon bins.  Mainly for this reason I have decided to limit  the grid size to level 4. 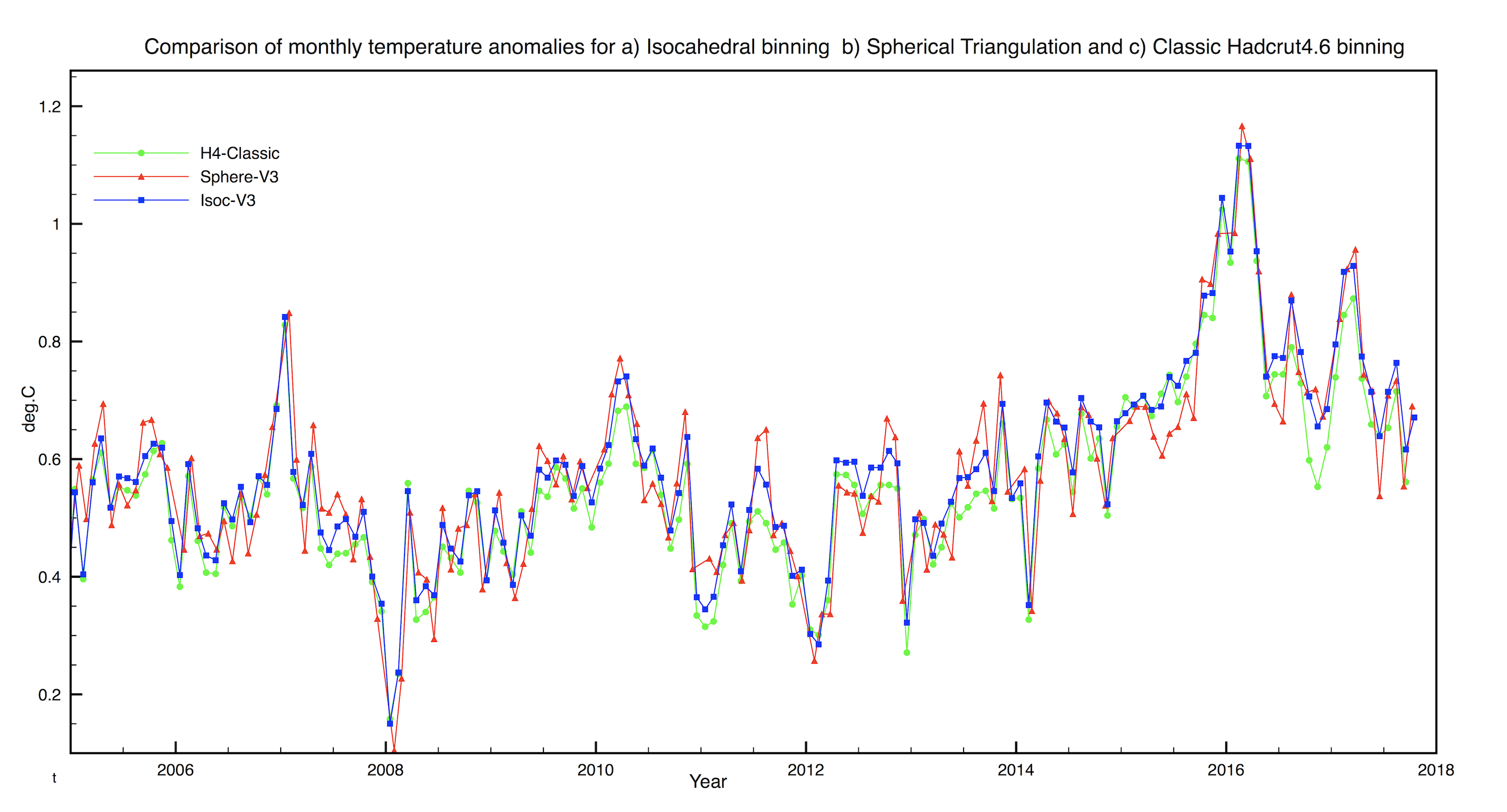