A look at HadCRUT4.6 Icosahedral binning

This post uses the underlying HadCRUT4.6 data to examine the small differences in global temperatures resulting from the choice of spatial binning.

HadCRUT4.6  is based on 7680 monthly CRUTEM4 station data and HADSST3 Sea Surface temperature data. Temperature anomalies are traditionally binned onto a 5 degree latitude longitude grid. The global monthly average is then calculated as the area weighted average over all occupied bins. The global average is  simply the average of all 12 monthly averages.

I advocate using Spherical triangulation as the optimum method to calculate the global monthly temperature average, because it naturally covers all the earth’s surface. It essentially removes any spatial coverage bias, giving almost identical results to Cowtan & Way. However there is  still the need to use fixed grids to make long term systematic studies of regional variations. Icosahedral binning in 3D has an advantage over Lat,Lon binning because it  produces an equal area grid covering the earth’s surface. As a consequence, it avoids systematic spatial biases near the poles.  Shown below  are the annual spatial distributions derived in this way for 2017. One drawback is that to accurately visualise the results, plots have to also be shown in 3D.

Annual averages calculated for each triangle contribution to a hexagonal bin. Empty bins are white. Anomalies are relative to 1961-1990. Note large differences between North and South Poles.

La Nina was not present during all of 2017, so appears weaker on the annual distribution over the Pacific shown below. Note also the equally cool spot showing up in the Southern Indian Ocean.

La Nina was not present all of 2017. Note also the cooler Southern Indian Ocean west of Perth

Now we can compare this yearly distribution with that for a single month – December 2017. The yearly effect smooths out larger monthly variations, which can be simply due to weather systems associated with the position of the Jet Stream.

The Met Office version for December 2017 plotted on the 5 degree grid looks as follows. 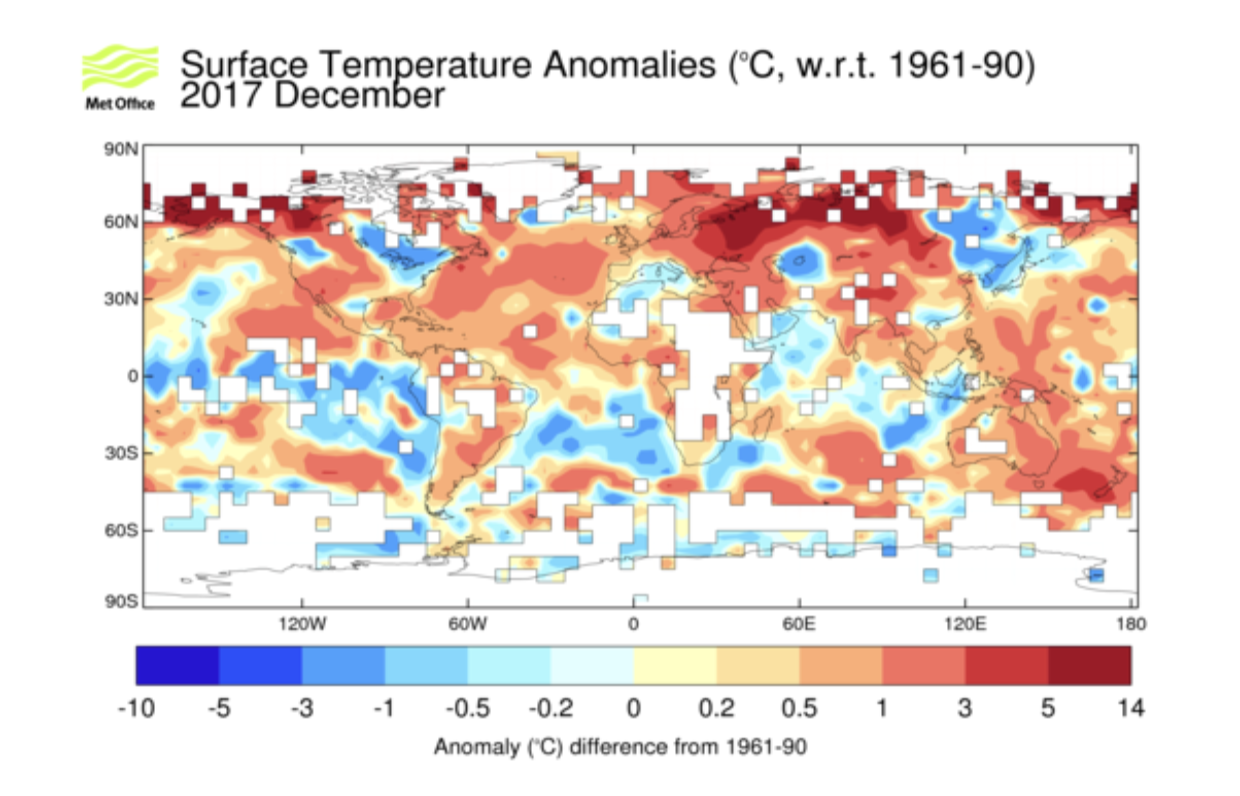 If you look carefully you will see that the data show exactly the same trends, but that the linear 2D map projection distorts distances with latitude. The Arctic region looks enormous whereas in reality it covers an area smaller than Australia.

The global Icosahedral average is simply calculated from the annual average in each bin. To do this I take a full year population at the bin level, rather than averaging the 12 monthly values. The drawback is that computing the bin assignment in 3D is rather more complex needing about 12 hours CPU on a modern fast PC to process all years from 1880 to 2017. Here is a detailed comparison between the three methods covering recent years. 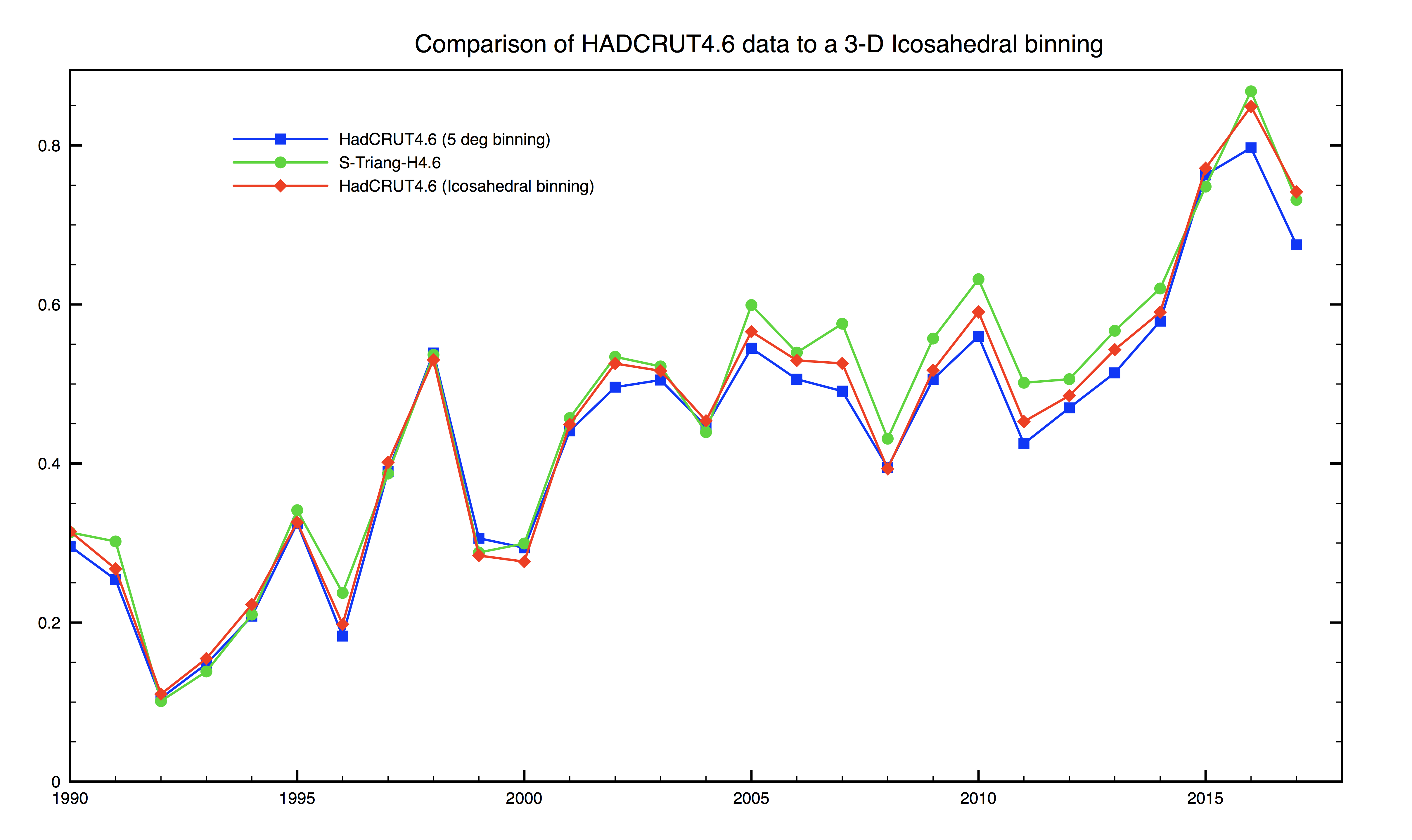 The differences are rather small. However, the results using Icosahedral binning gives a closer match to Spherical Triangulation (or Cowtan & Way if you prefer) . This is most likely  because the sampling over the Arctic is more area neutral during periods when we know that the Arctic has been warming slightly faster.

My conclusion is that Icosahedral binning results in a more balanced result for global temperatures and improved spatial distribution of temperatures.

Contact me if you want a copy of the IDL code that calculates either method. The software is freely available.

4 Responses to A look at HadCRUT4.6 Icosahedral binning