The Cowtan and Way temperature anomaly based on HadCRUT4.6 for 2017 has been released and it is 0.74C. This is uncannily similar to that calculated by Spherical Triangulation which is 0.73C. In fact both methods give essentially the same results for all  recent years. In my opinion though Spherical Triangulation is by far the cleanest method of deriving global coverage from available data. It avoids any assumptions whatsoever  because it is based purely on geometry. 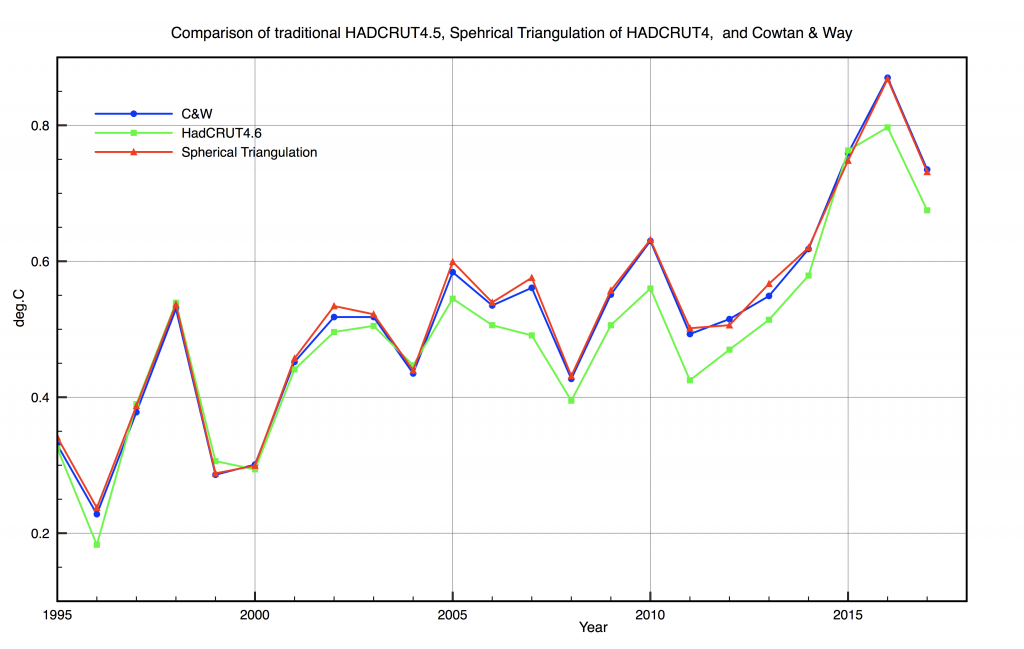 Comparison of Cowtan & Way with hadCRUT4.6 and Spherical Triangulation.

Here are the actual values from both methods for comparison.

The annual data can be downloaded :