Australia is not getting warmer. It is getting less cold ! 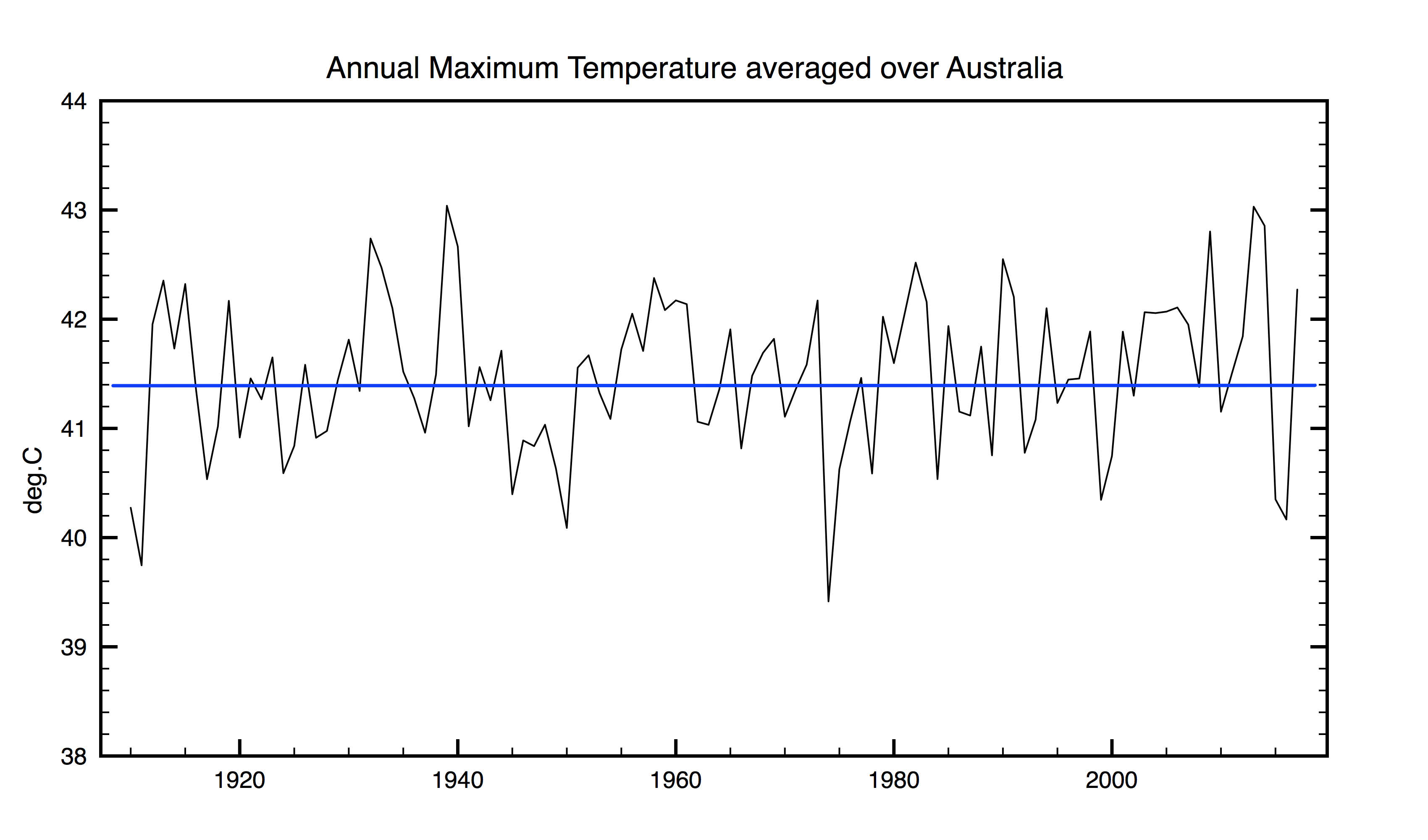 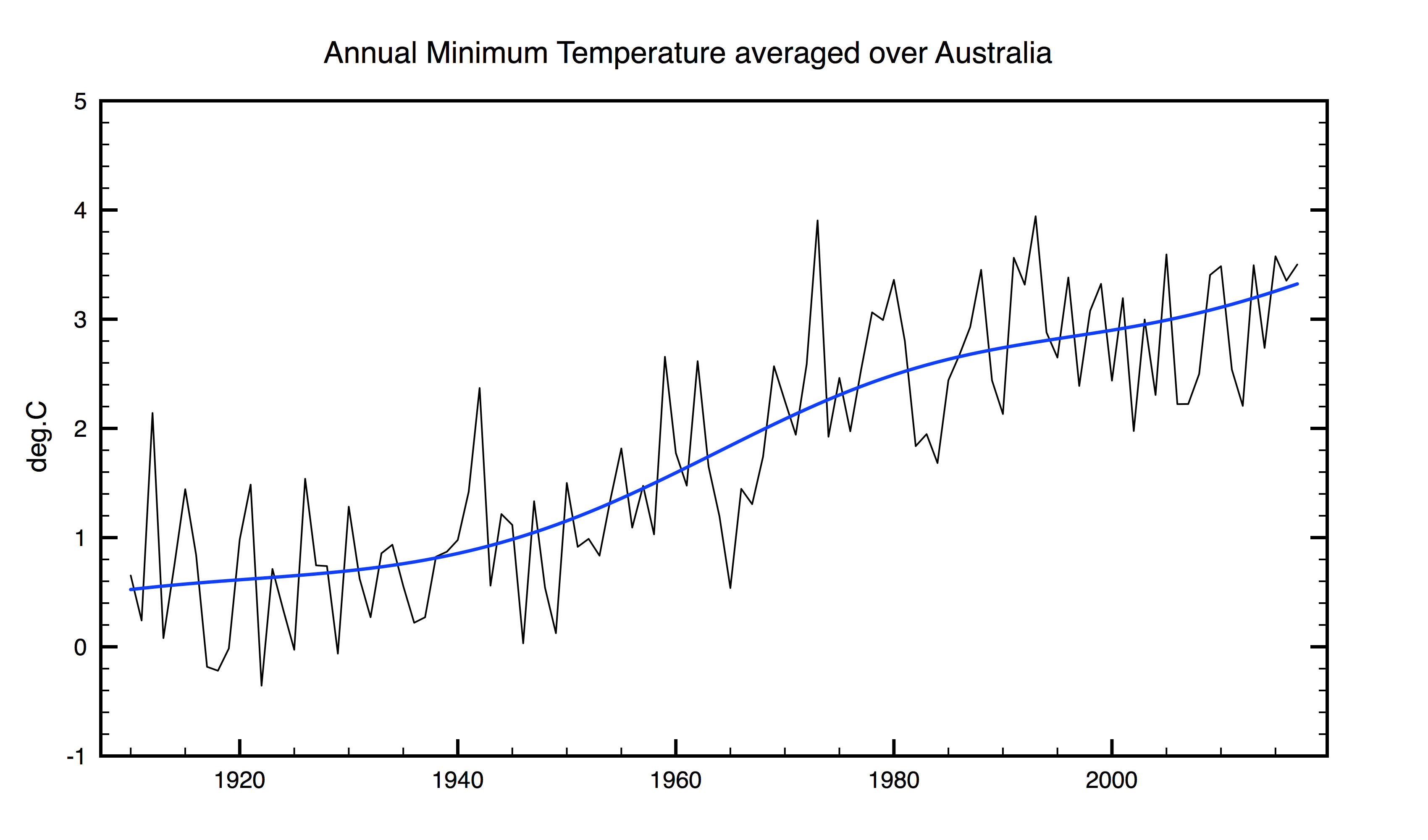 All these results are from ACORN-SAT which have already been adjusted and homogenised.  They are the same as those used by GHCN and CRUTEM. What the data really shows is that night time temperatures across Australia have increased, while daytime temperatures have hardly changed.

To check my results simple download the daily minimum and maximum temperatures from all 112 stations that form ACORN-SAT.  Then spatially average all annual maxima and minima temperatures.

This entry was posted in Australia, Climate Change. Bookmark the permalink.

17 Responses to Australia is not getting warmer. It is getting less cold !