Tidal effects on the Jet Stream this winter

The “Beast from the East” blast of freezing temperatures resulted from a strong kink in the Jet Stream dragging Siberian air over Europe. This was evident by a sharp drop in the Arctic Oscillation coincident with strong tides over northern latitudes. These strong tides were due to the last in a series of “Supermoons” which occur when the moon is near perigee and simultaneously the earth is near perigee with the sun. 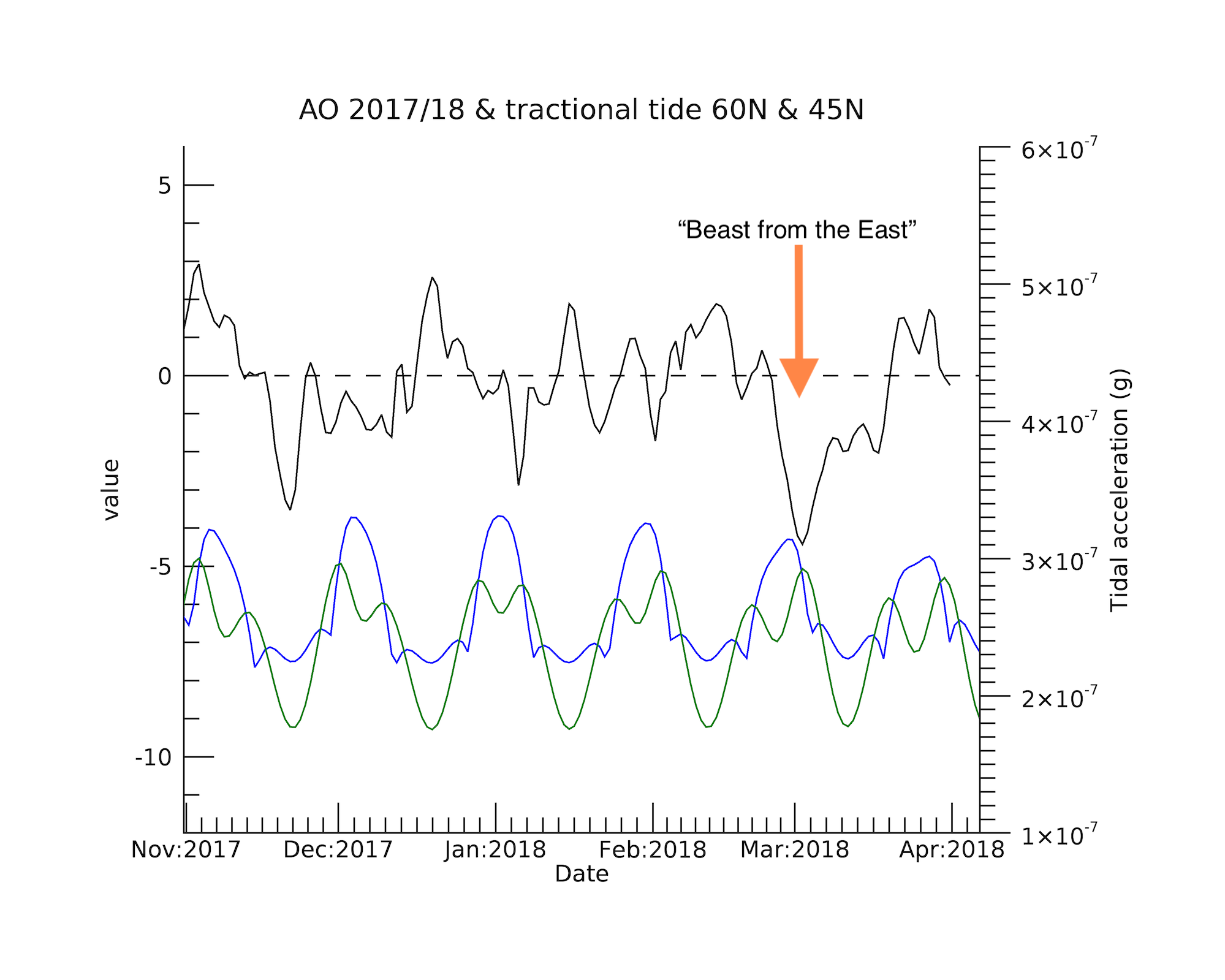 The top trace is the Arctic Oscillation (left y-scale) and the bottom traces are the Tractional tidal force at 60N and 45N calculated using JPL ephemeris.

This was no coincidence, because atmospheric tides in the stratosphere can indeed distort the Jet Stream flow.  You can read the background to all this here.

Evidence of a tidal effect on the Polar Jet Stream

This entry was posted in Astronomy, climate science and tagged Tides. Bookmark the permalink.

11 Responses to Tidal effects on the Jet Stream this winter