The UK is experiencing a prolonged heatwave which could exceed that of the exceptional 1976 summer. It is an “Endless Summer” – like that surf movie. So is climate change to blame?

Climate Change is happening but what that really means is that whenever a heat wave occurs it will likely be 1C warmer than it would have been 100y ago. It does not imply that heatwaves will occur more often. In other words a record temperature of 35C in 1930 might now become 36C now and perhaps even  37C by 2100. Having said that, most of the observed warming occurs a night (minimum temperatures are rising faster than maximum temperatures)

Of course all this depends on exactly how you define a heatwave. This is much easier for the UK because normally we have cool summers with lots of rain. Those who can afford to escape the misery by taking a package holiday to Spain instead. Last year (2017) was a classic example with loads of rain and average temperatures just over 17C.  I would define a UK heatwave as a period of at least six weeks with hardly any rain, with daily sunshine and high ( > 26C) maximum temperatures.  There have been 3 such summer heatwaves in the last 50 years. Here they are: 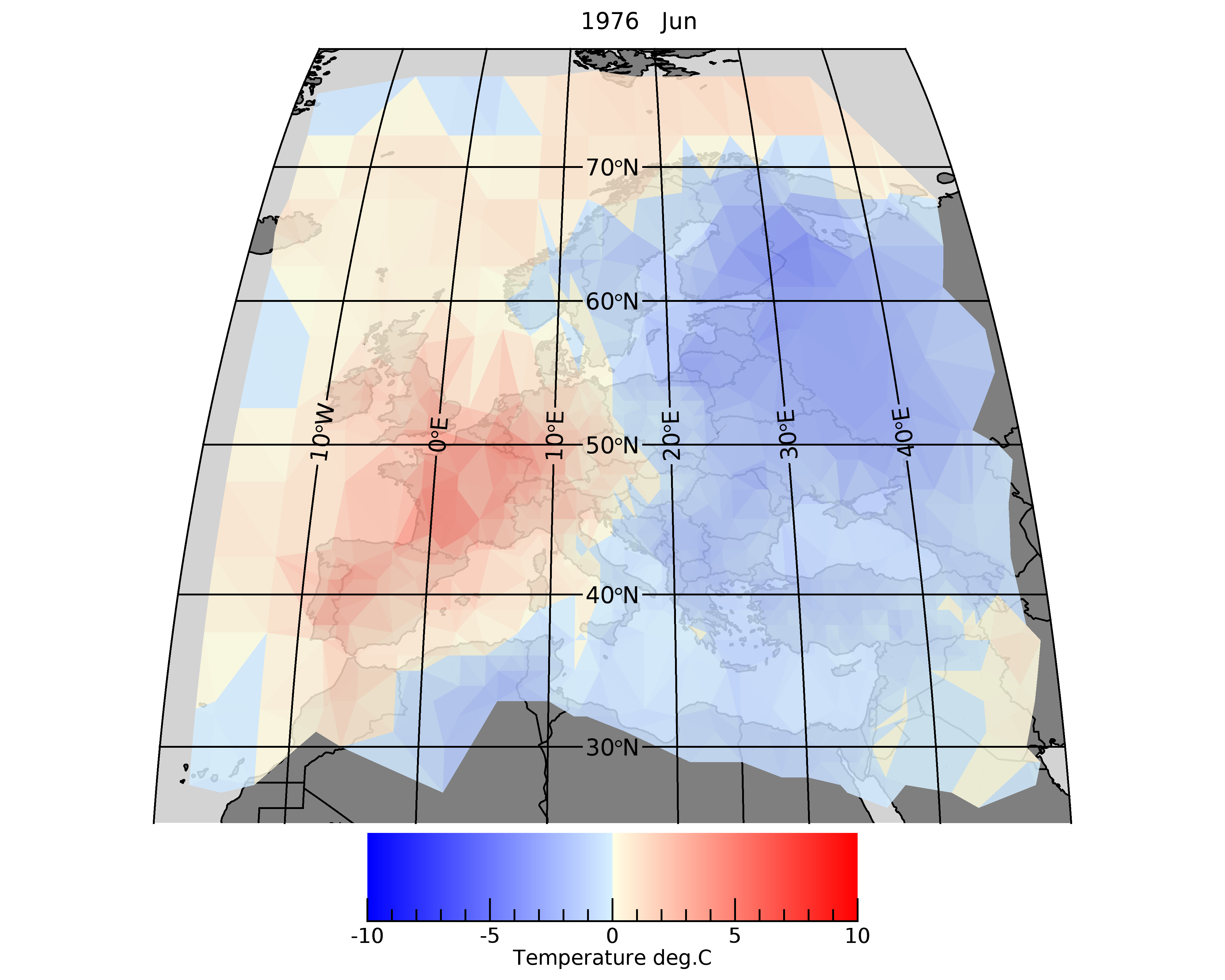 1976 was an exceptional summer. The first rain was the day I got married 28th August just as we were leaving the church, although it cleared up later! The heat was restricted to Western Europe though. 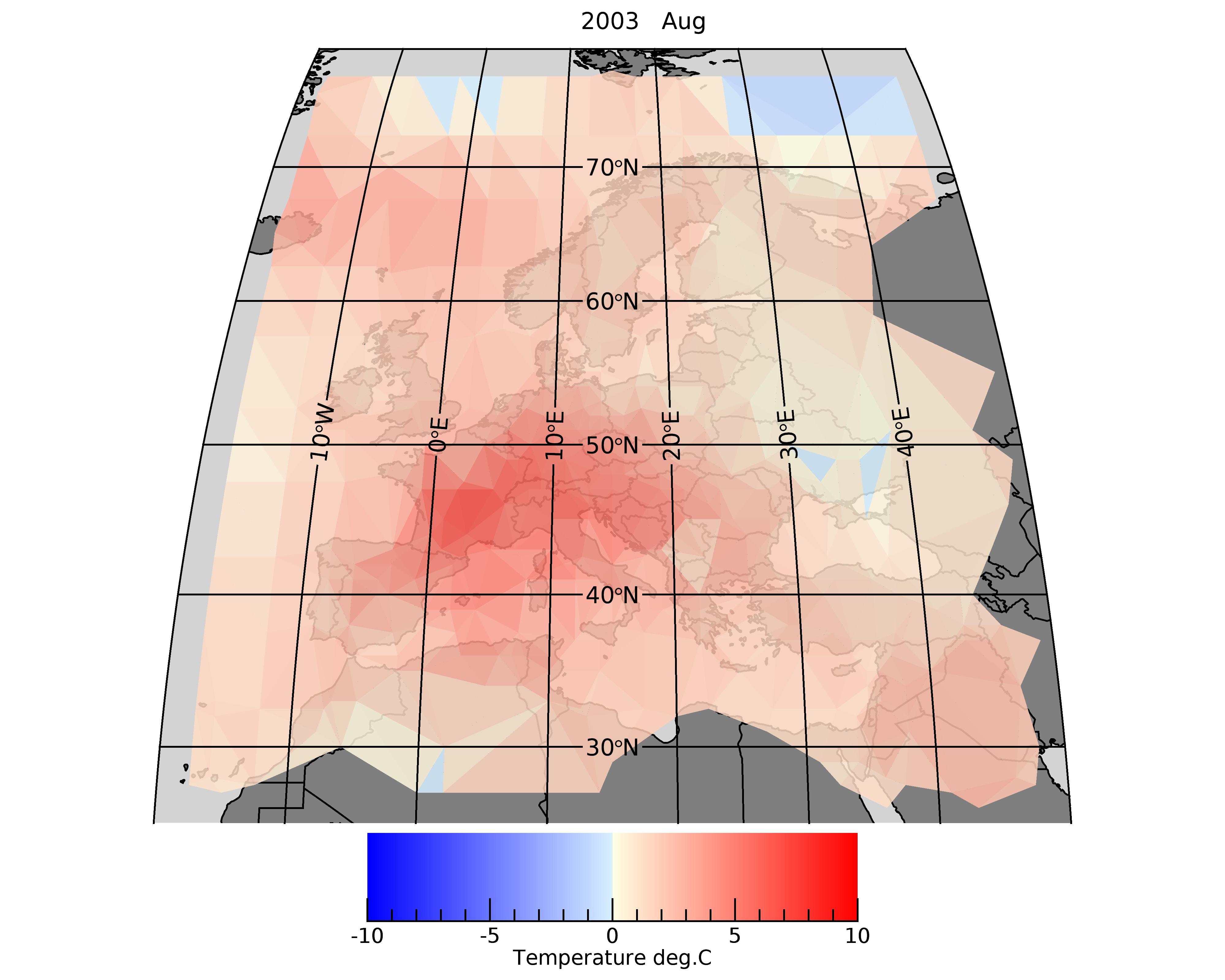 August 2003. There were extreme temperatures in France. 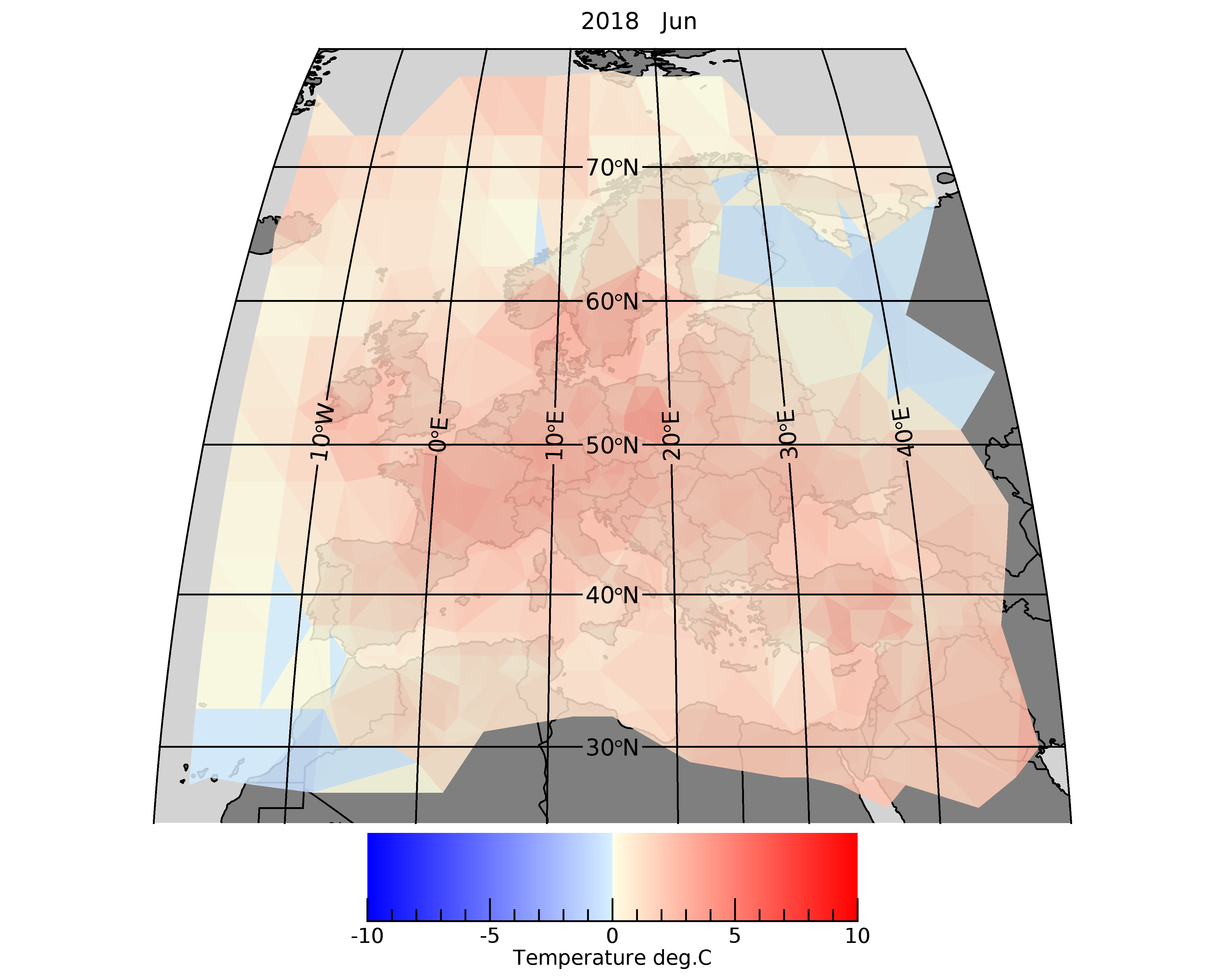 2018 is shaping up to be an exceptional summer for the UK. At the time of writing we only have data for June this year, but it seems likely that July will be warmer still. This is also why I show comparisons with 1976 also for June. August 2003 was the hottest month for Europe.

AR5 chapter 2 claims there is evidence of an increase in heatwaves in Europe, but they don’t define what a heatwave is. It seems to be the number of days temperatures exceed some threshold which I would indeed expect to increase, but that is not what I call a heatwave. It is true that Europe has been warming. This is what I calculated by using my triangulation method for Europe’s temperature anomaly (same as used for the plots above). 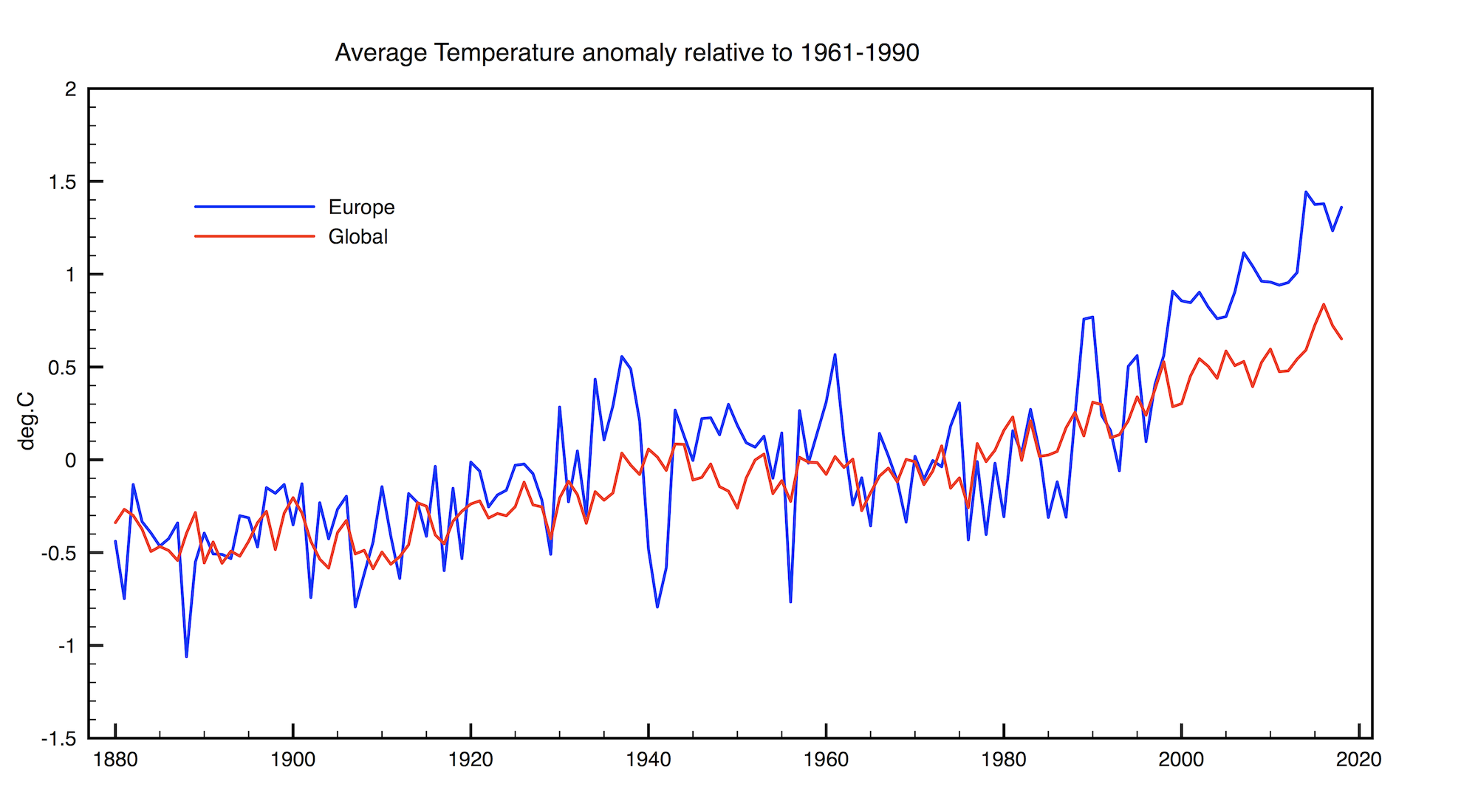 Europe seems to have warmed slightly faster than the global average since 2000. Therefore you would expect the number of days above a certain threshold to increase, but these are still not heatwaves. Heatwaves are the result of a particular weather pattern with high pressure extending over the UK caused by a weak Jet stream  lying north of mainland UK. The heat which would normally migrate to the north gets trapped below it. In fact Greenland and Labrador are far cooler than normal as a result. It is actually snowing in Labrador!

This entry was posted in AGW, UK Met Office and tagged heatwave. Bookmark the permalink.