Global averaged surface temperature for January 2019 was 0.73C using my spherical triangulation method merging GHCNV3 with HadSST3. This is unchanged since December 2018. The baseline used is always 1961-1990. 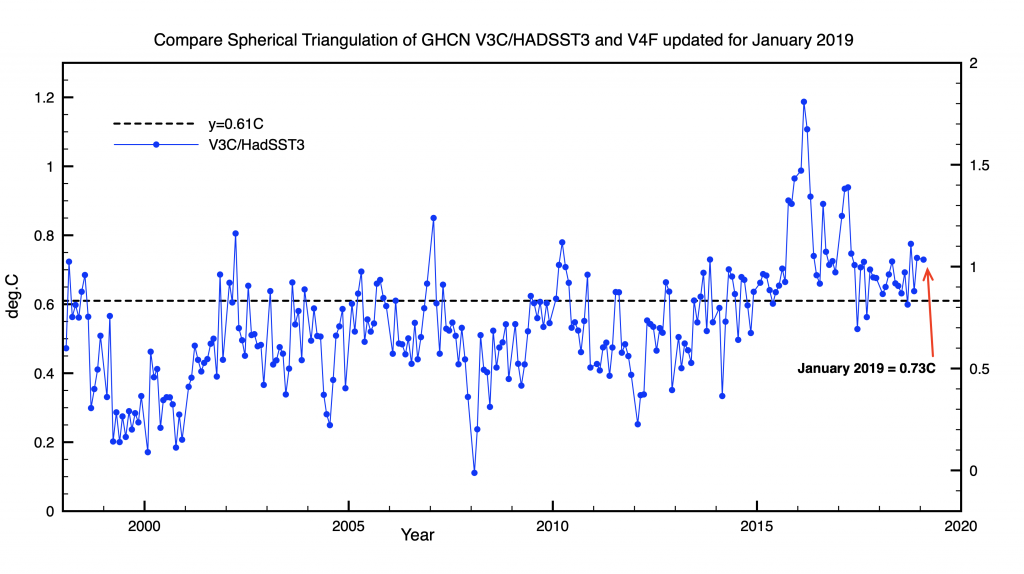 The Northern Hemisphere is shown here. 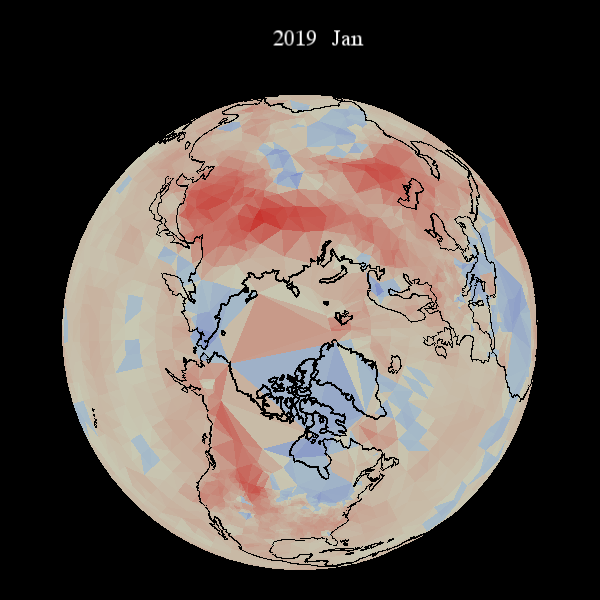 Temperature distribution Northern Hemisphere. Siberia is warmer than December while N.America is cooler.

and here is the Southern Hemisphere. 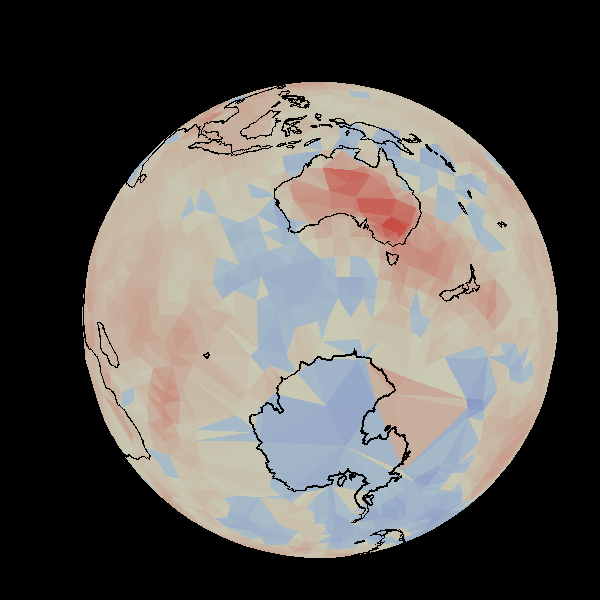