The global averaged surface temperature for May 2019 was 0.66C using my spherical triangulation method merging GHCNV3 with HadSST3. This is a significant drop of 0.16C from April 2018. The baseline used is always 1961-1990. I also applied the same calculation to the new V4 data (17400 total stations as compared to 7280 in V3) using both the corrected (V4C) and the uncorrected (V4U) station data. 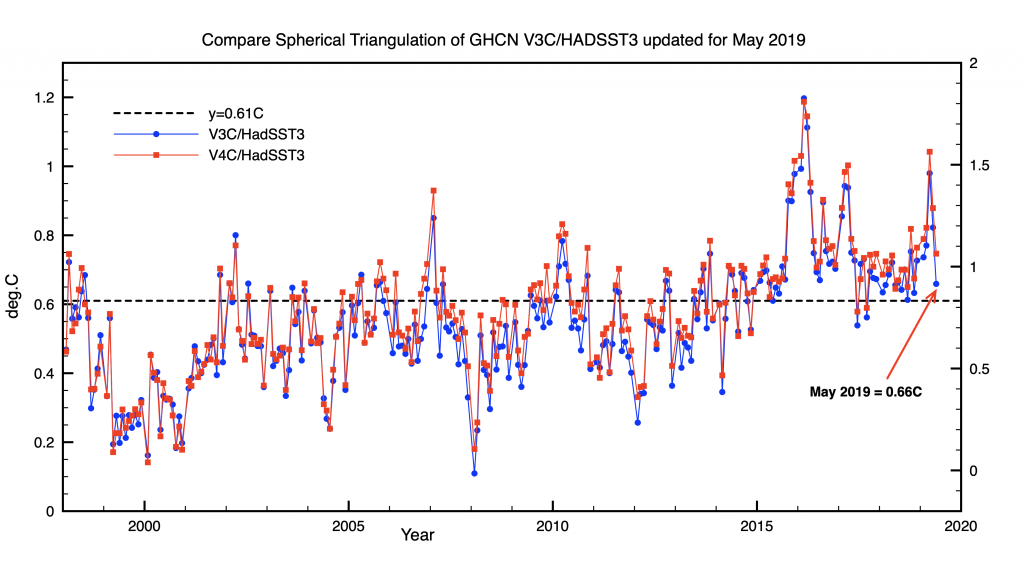 Global average monthly temperatures. The differences between V4C and V3C appear small, but there is a systematic difference in trend.

Shown below are the annual global average temperatures where the 2019 value is just the average over the first 5 months. 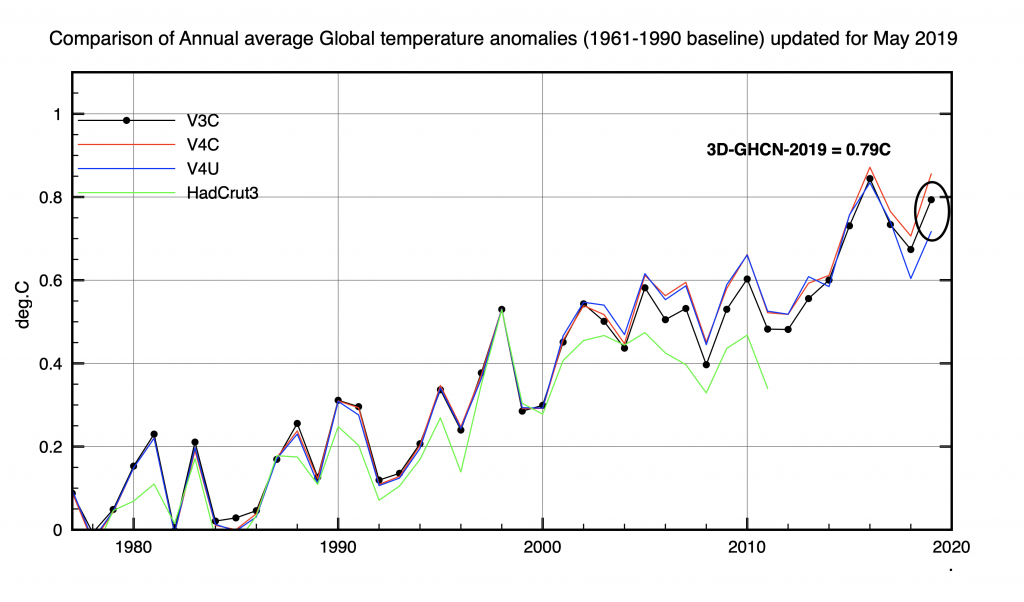 V3 and V4 annual temperatures ( V4 is shown for both the corrected and raw data). Hadcrut3 data shown in green are similar to those used in AR4 showing a hiatus and are based on a 5 degree (lat,lon) weighted average.

I find it  striking how the new V4 data has yet again increased recent warming trends apparently  just by adding more stations. The famous Hiatus which was evident in HadCRUT3 post 1998 has entirely disappeared. You can see this by comparing with the old  2012 HadCRUT3 results as used by AR4. What I find rather strange though is how all the datasets (V3,V4,H3,H4) pivot around exactly the same value for the 1998 El Nino peak. All the datasets, independent of sampling or analysis methods  agree on the same 1998 annual temperature. Why?

One possibility is that adding hundreds of new stations with short time coverage (mostly post 1960) may introduce a post 1990 warming bias simply because they add no new information about pre 1960 temperatures. However, I still can’t understand why 1998 temperatures should remain exactly the same across all datasets, including Cowtan & Way.

1998 was the start of the infamous Hiatus in global warming, so avoiding any increased temperature for 1998 certainly helps in debunking it.

This entry was posted in AGW, Climate Change and tagged GHCN, global warming. Bookmark the permalink.