In this post I look at the effect of changes in the original set of CRUTEM3 stations.

Shown below are the spatial changes in temperatures between HadCRUT3 (2013) and the latest HadCRUT4.6 (2019) from 1998 to 2010. These are calculated using just the original set of CRUTEM3 stations and their counterparts in H4. Each annual 5×5 deg. cell is averaged over  12 months.

Fig 1: Map showing the effects of CRU adjustments in station temperature between 1998 & 2010

There is essentially no change in SST between H3 (HadSST2) and H4.6 (HadSST3) so the increased warming trend since AR5 is simply caused by changes to the underlying CRU station data. Most of the significant changes occur in Asia and N. America. Here are the static temperature differences shown on the same scale as the temperature anomalies for 1998 and 2010. 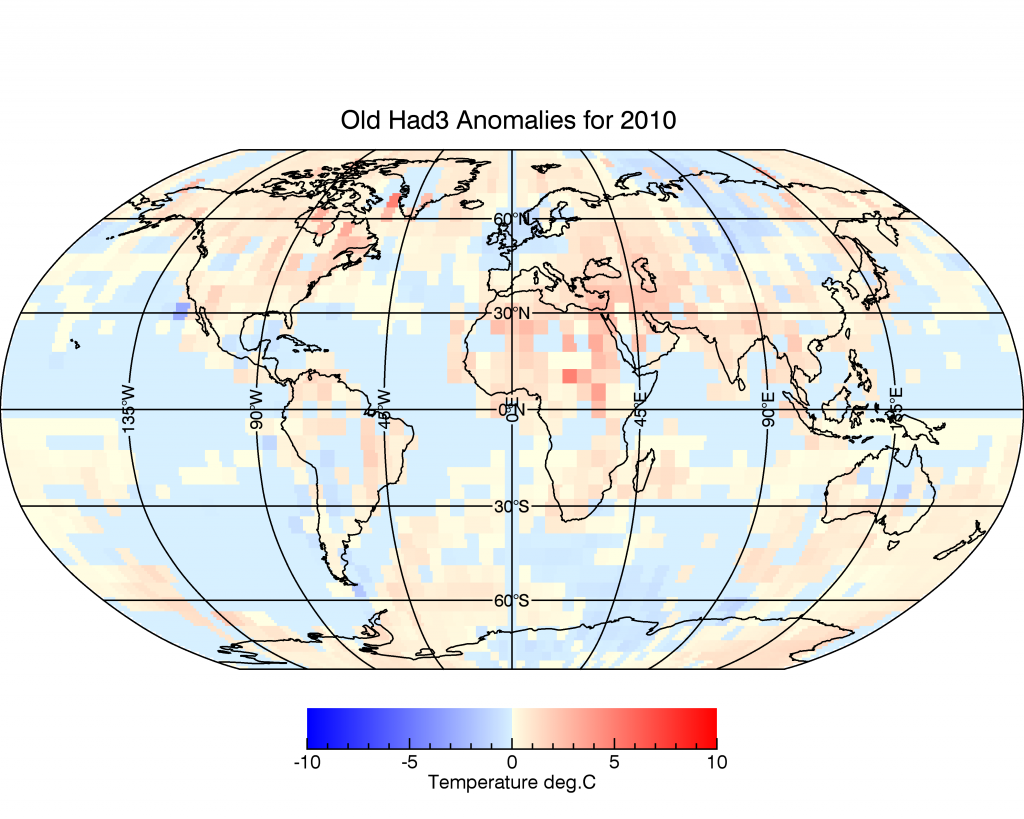 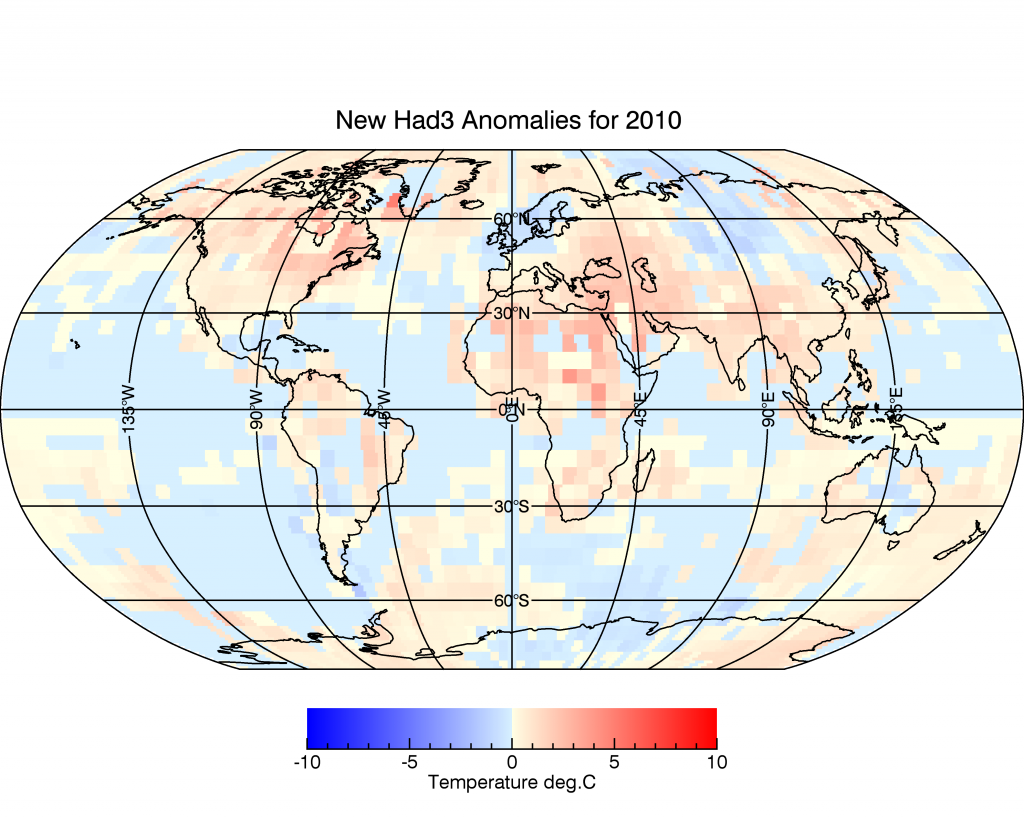 Finally  I show  the differences between H4 and H3 temperature anomalies plotted  on the same scale. In an idea world this plot should be pale blue with zero difference. 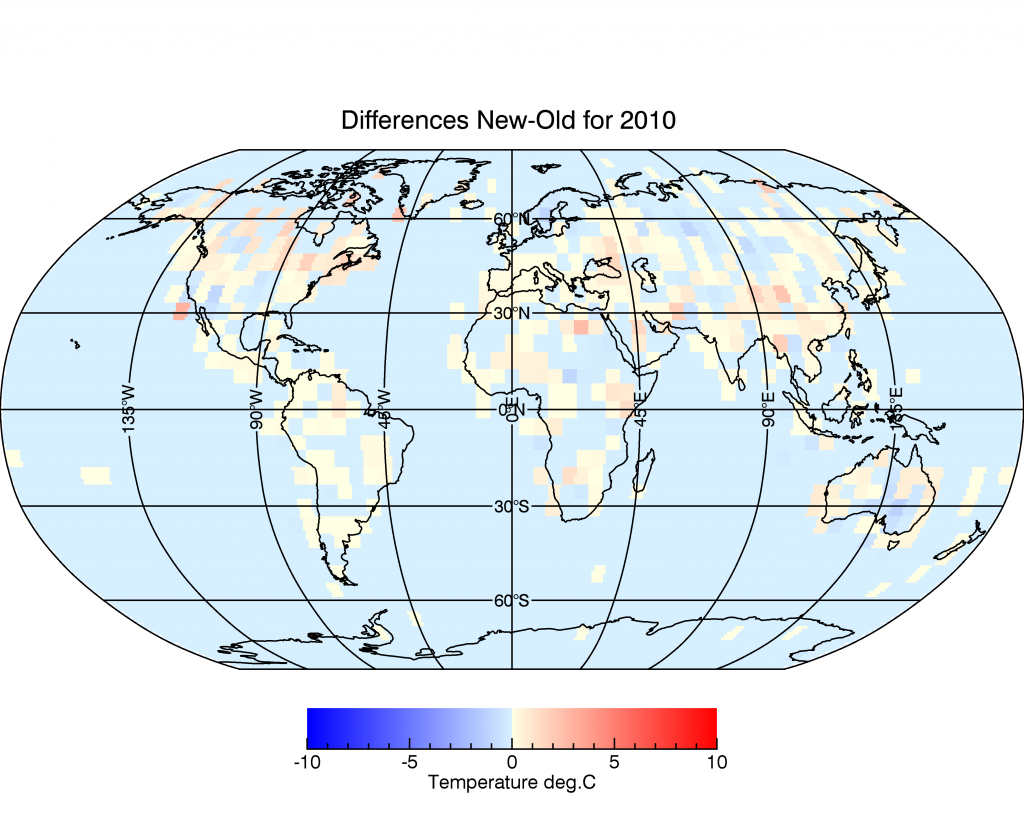 The difference between Figure 4 and Figure 5

The yellow to pink areas are roughly 0.5 to 1.0C warmer than HadCRUT3 , demonstrating how  after 7-years an apparent increase in ~4000 global land temperatures can explain why the AR5 hiatus essentially evaporated.  The original weather station data cannot have changed, so these effects are probably caused by merging of nearby local stations, homogenisation between regional stations, correcting errors, or something else. Probably only Tim Osborne or Phil Jones could explain.