The global averaged surface temperature for June 2019 was 0.62C using my spherical triangulation method merging GHCNV3 with HadSST3. This is a further drop of 0.04C from May 2018. The discrepancy with GHCNV4 is however growing. V4C calculated in exactly the same way gives a June temperature of 0.75C, a rise of 0.03C,  and 0.13C warmer than V3. This difference is statistically significant. 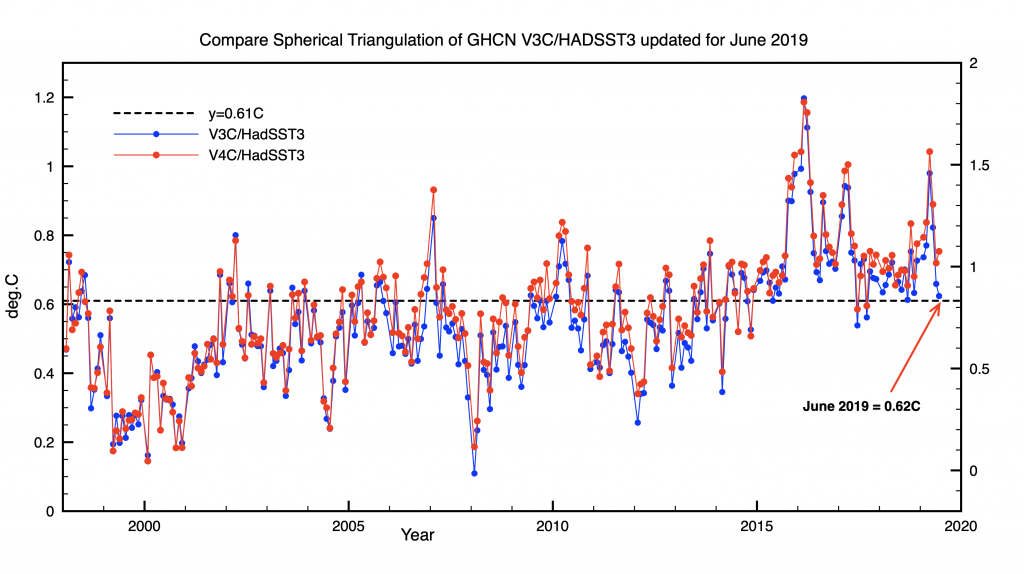 Both the V3c and V4C spatial  distributions for June are shown below. Two warm zones are visible across Europe and  Eastern Russia sandwiching a cool zone in central Asia 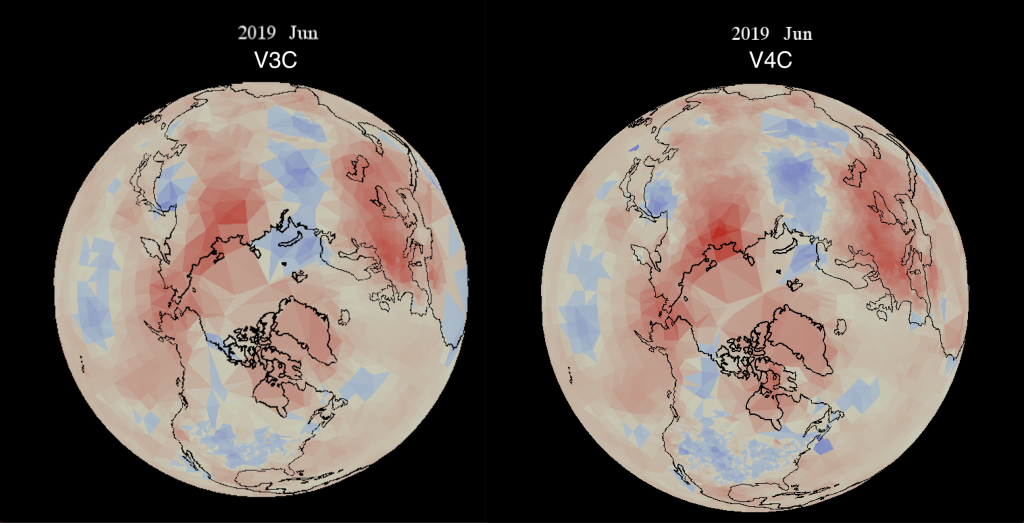 The annual temperatures, including the first 6 months of 2019, looks as follows. 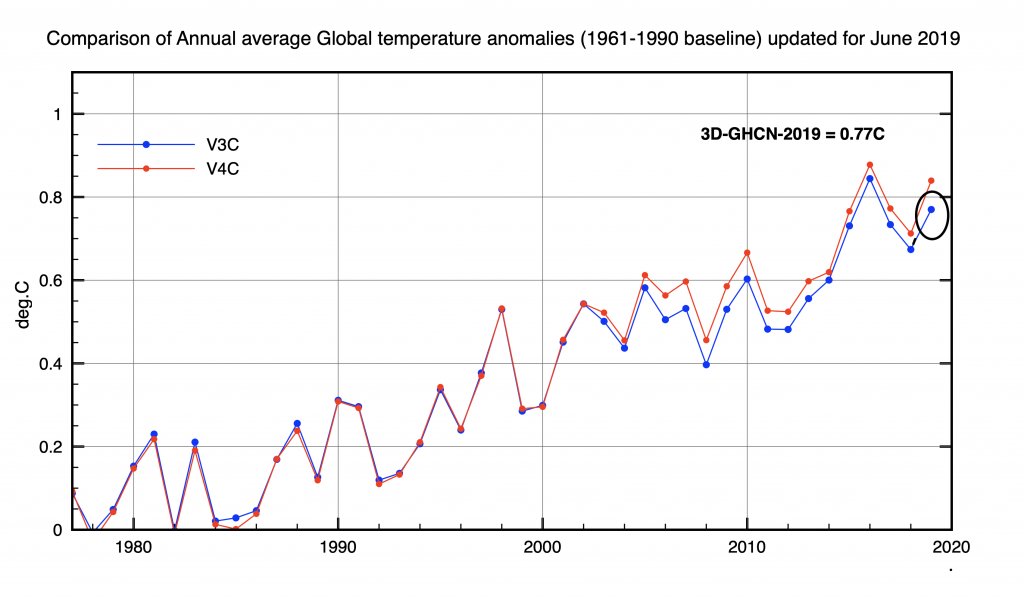 There is a large and growing discrepancy between V3C and V4C, that begins only after 2002. The 6-month 2019 average temperature for V4 is 0.84C,  some 0.07C warmer than V3C. This looks suspicious to me. Although V4C nominally has far more stations than V3C (17378  versus 7280), I am discovering that many of those new stations are actually sub-composites of V3 stations. This introduces an element of double and triple counting, which I hope to write this up in a post fairly soon.