V4C August Temperature and the size of V4 adjustments

Only GHCN-V4 is currently available for August. V3 has not been updated since 17th August so I wondered if it had perhaps been discontinued, but it turns out they have had  IT problems. My calculation of the latest V4C combined with HadSST3 gives a global temperature anomaly of 0.82C, which is an insignificant increase of 0.01C from July. The annual results are shown in Figure 1. in red compared to those of V4U in green.  What I find strange is that the discrepancy with the unadjusted data (V4U) after 2015 is large and growing. The annual data for 2019 is the average of the first 8 months. 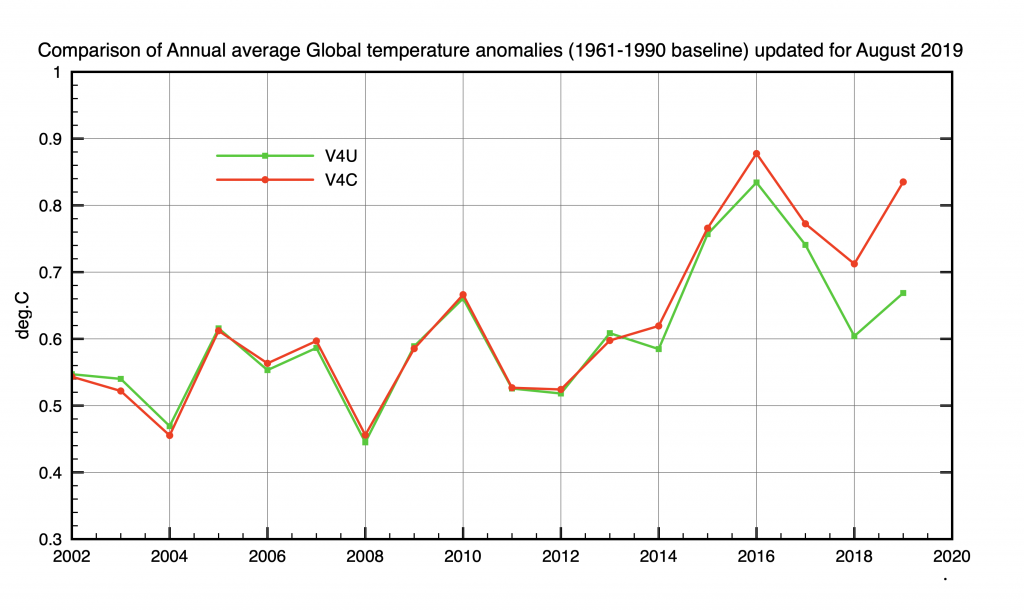 After 2015 the adjustments made to the recorded temperatures in V4U have increased dramatically. There is currently (2019) a huge difference of over 0.2C between V4C and V4U, which is unprecedented in recent times. We can see this in more detail by looking at the monthly temperatures. 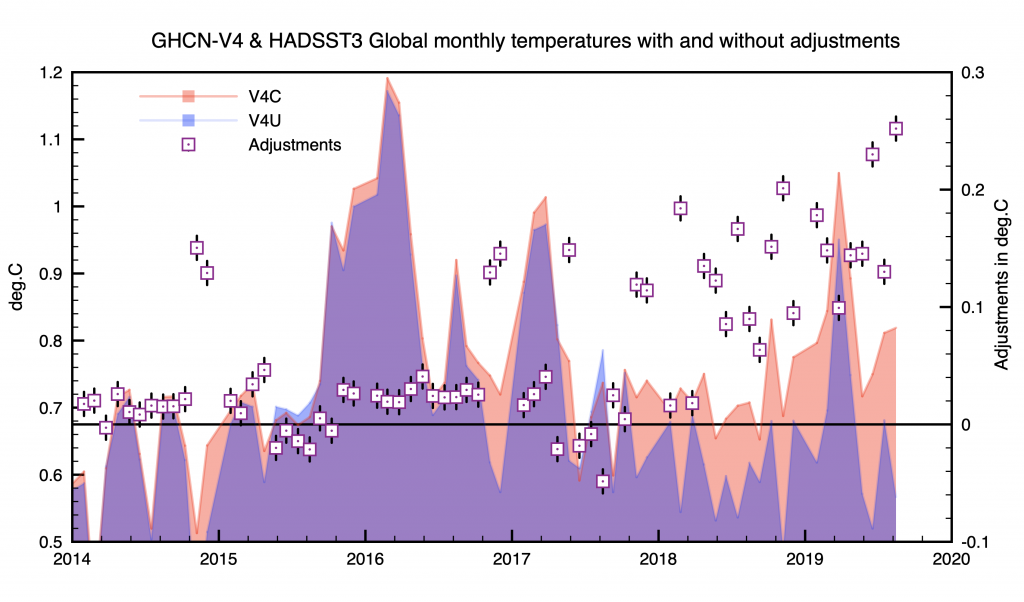 These are changes in global temperatures so the real adjustments to land temperatures  are far larger – well exceeding 0.5C! To put these change into context let’s simply look at long term trends. Shown below are all monthly corrections made to V4 station data back to 1850, based on a standard 1961-1990 baseline. The zero adjustment baseline line is shown in black. 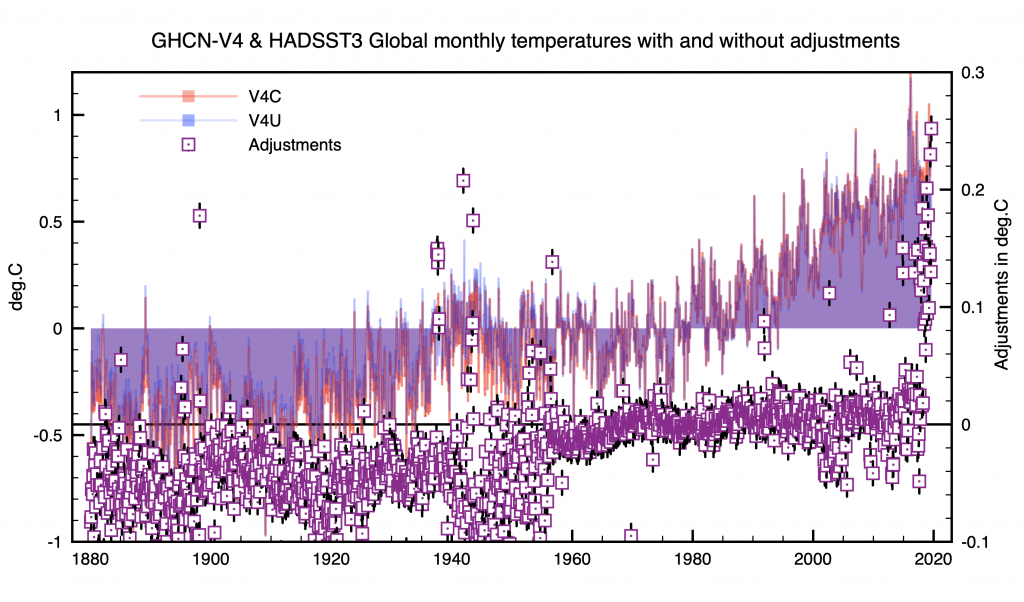 Before 1960 land temperatures have mostly been adjusted downwards while after 1990 they have been slightly adjusted upwards. Overall you can see that this process has added about 0.06C to global warming. However what is particularly alarming are the huge corrections that have made since 2016 which are comparable to or even larger than those made during  the 2nd world war years.

I have no idea as to what caused this sudden surge in temperature adjustments around 2015. Does anyone else ?

This entry was posted in AGW, climate science, NOAA and tagged GCND. Bookmark the permalink.