These results use a spherical triangulation of land (GHCN) and ocean (HadSST3) temperature data with a baseline of 1961-1990.

Since August I have been forced to update to GHCN-V4 land temperatures since GHCN-V3 has been discontinued. September shows a small fall in the global temperature from August (0.832C to 0.793C). Fig 1 shows the September spatial temperature dependence.

Fig 1. Temperature field in 3D. Shaded triangles have measurements at each vertex.

Recent monthly temperatures since 1998 are shown in Fig 2. below for comparison 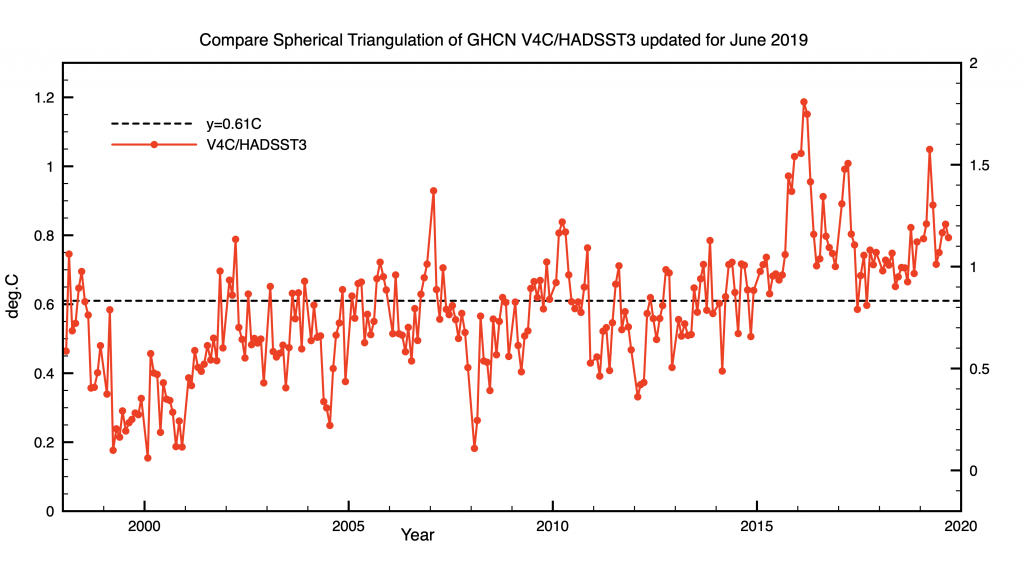 The annual averages updated using the first 9 months of 2019 are shown in Fig 3 below. The difference between using the V3 data and the new V4 data is large and worrying. V4 and V3 have different heritage. Although V4 has far more stations (~17000 with normalisation data compared to ~7400), there are still unresolved linkage of components to similar V3 composite stations, showing different temperature values. The graph below shows the annual temperature comparisons for V3 (up to August) and V4. 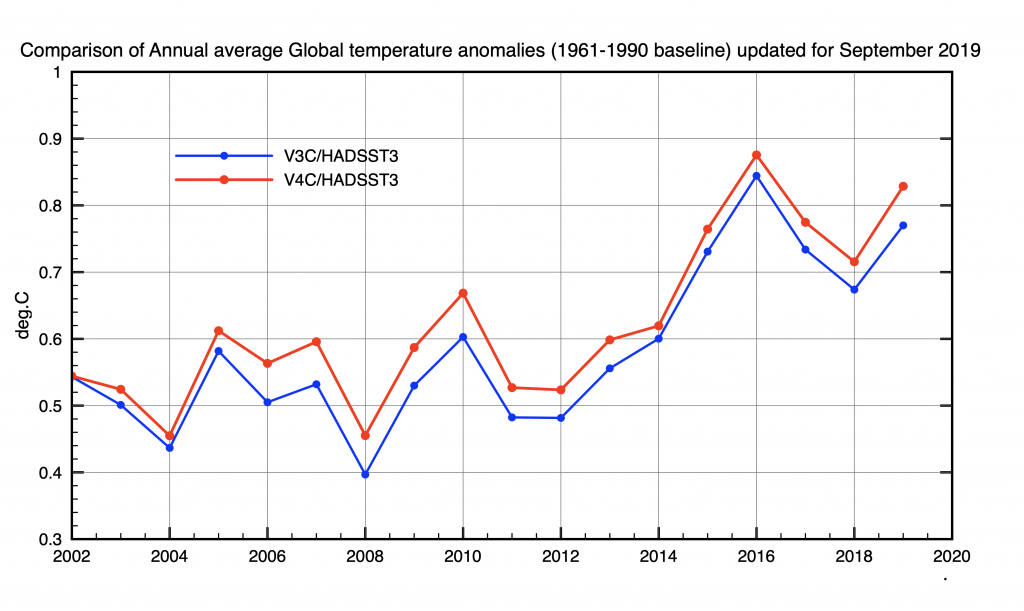 Note how V4/HadSST3 temperatures since 2005 lie consistently ~0.03C higher than V3/HadSST3, although calculated in exactly the same way. The information that V3 had been discontinued was hidden in their status file (shown below). When I had previously emailed them asking why V3 was not been updated they told me there was just an IT problem.

In addition Version 4 TMAX and TMIN is under development and will be available in
the future.

This entry was posted in AGW, Hadley, NOAA and tagged global warming. Bookmark the permalink.