October saw a large increase of 0.18C in the global average temperature (anomaly) since September. 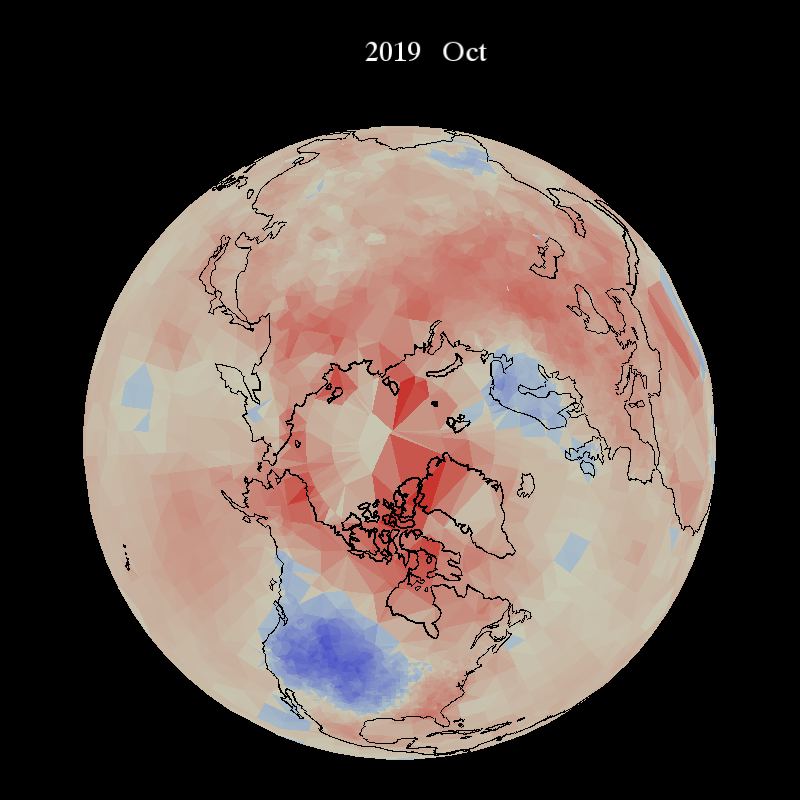 These results use a spherical triangulation of land (GHCN-V4) and ocean (HadSST3) temperature data with a baseline of 1961-1990. The methodology is described in this post

Here are the monthly trends since 1998. 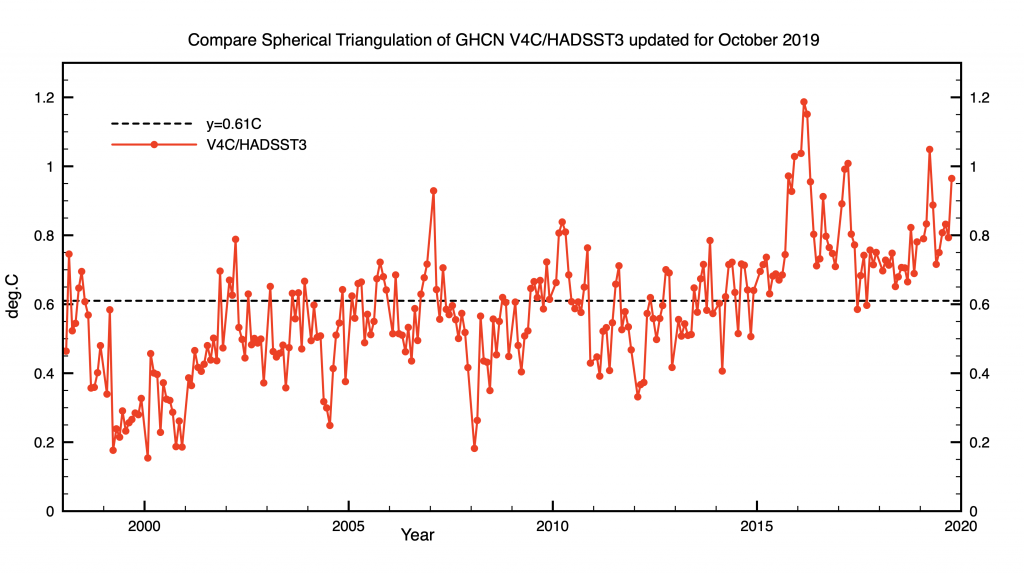 2019 is also set to be the second warmest year based on the partial average for the first 10 months. 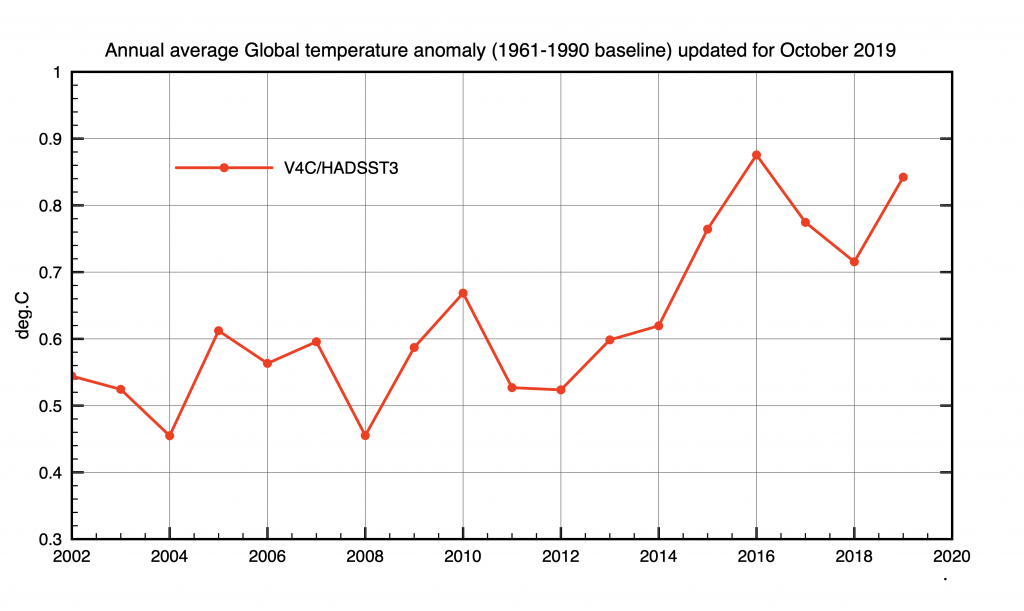 Annual values of global temperature anomalies. 2019 is based on the first 10 months of data.

As remarked previously GHCN are no longer updating V3, which showed a significantly lower warming trend than V4.