HadSST3 data for November is finally available so that I now could update my global temperature 3D calculation based on GHCN V4 for the land data. There was a small drop in temperature from the peak value of 0.95C for October to 0.90C in November. Here is the spatial temperature distribution.

The images show the triangulation of measurements with each triangle coloured by its area weighted temperature for each vertex.

Recent monthly trends are as follows. 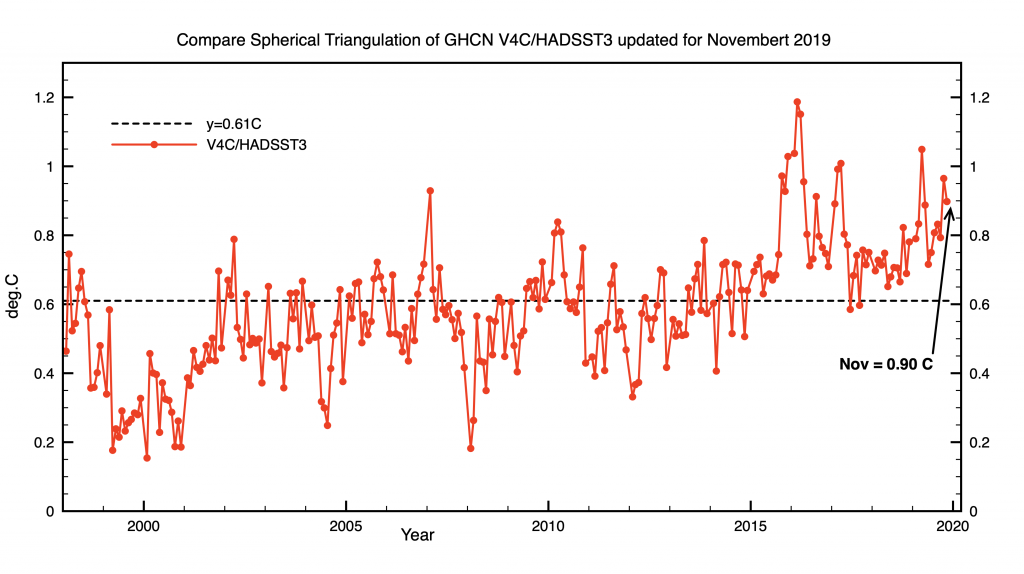 Monthly global temperatures based on V4C and HadSST3

The annual average remains more or less unchanged at 0.84C, making 2019 the second warmest year after 2016. This ordering is unlikely to change when we include December.

This entry was posted in AGW, Climate Change, NOAA. Bookmark the permalink.