The spatial integration method used to calculate the global surface temperature has a large impact on the end result. I am using a 3D method based on  spherical triangulation of the weather stations combined with SST results from HadSST3.  This covers the full surface of the earth and avoids map projection corrections. Here I compare the results I get using CRUTEM4 station data with the traditional results of HadCRUT4.6 both updated for November 2019. First the traditional 5×5 degree method. 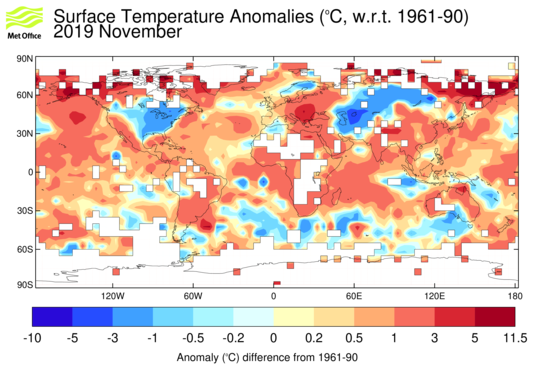 Note how the polar regions are sampled by just a few small 5×5 degree bins which are then governed by a cos(lat) projection factor. This problem is avoided in 3D and no projection correction is needed because the triangular surface bins naturally have  full coverage. The 3D triangulation method compensates geometrically over areas of sparse coverage. 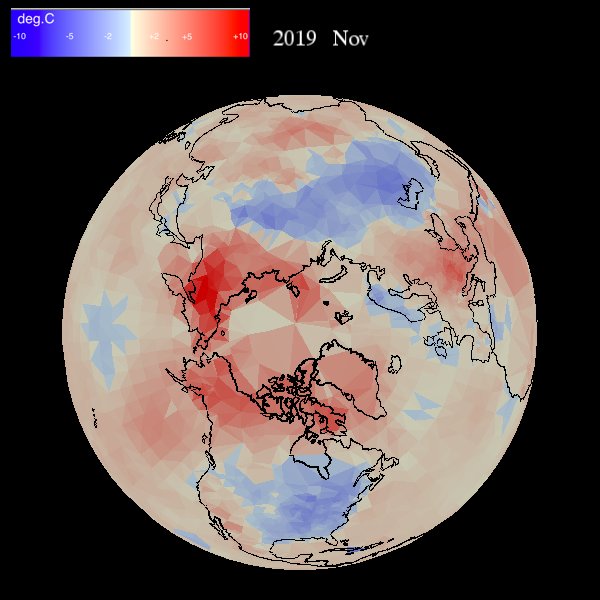 The net effect of this is to change the spatial integration result for the global surface temperature  whenever polar regions are warming faster or slower than elsewhere. 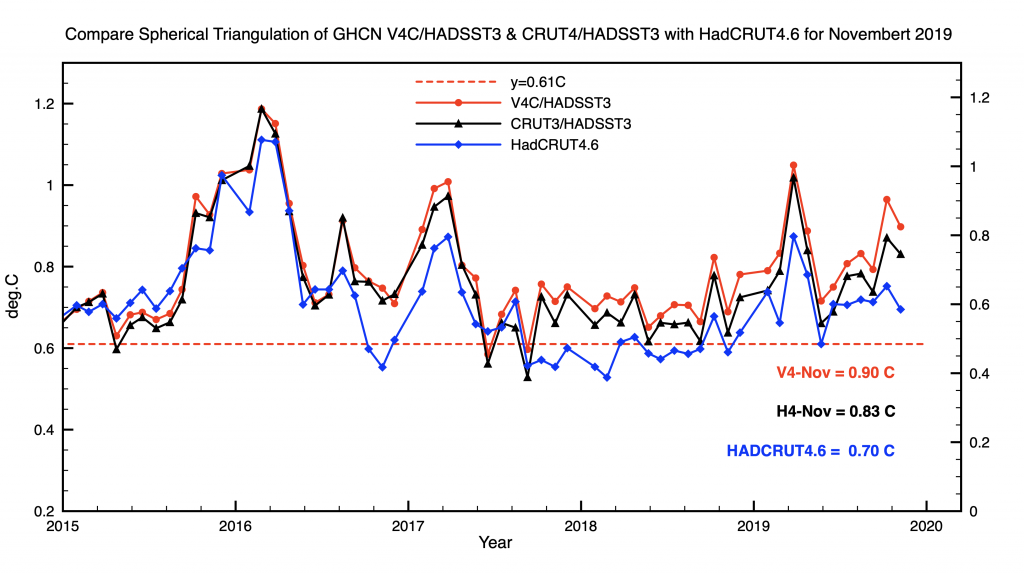 Other groups compensate for this in different ways. For example Cowtan & Way use 2D kriging to extrapolate results into unmeasured regions. GIStemp use equal area bins covering the surface but allowing distance weighted contributions from remote stations. Berkeley Earth use a least squares fitting algorithm to also extrapolate into unmeasured regions. These methods more or less agree. I maintain that the most natural surface integration is to treating the surface as a sphere. Spherical triangulation implicitly extrapolates over all  triangular elements, yet  it remains  agnostic to trends.

There is only one other way to avoid both interpolation and spatial bias and that is to use Icosahedral binning. This is the only way I know of to bin data on the surface of a sphere without distortion.