The number of cases and deaths in the UK has been slowly declining and the Government will allow Pubs and Restaurants to open from tomorrow. This post looks at how the UK’s “lighter” touch lockdown compares to that applied in  Italy and then looks wider at the rest of the world. Figure 1 shows a comparison between UK deaths and Italian deaths.

Fig 1. Comparison of UK deaths with those in Italy. The dashed curve are the Italian data advanced 2 weeks.

The UK was just 2 weeks behind Italy although at the time we didn’t know that. The shape of both curves are very similar but the UK eventually fared worse than Italy even after  allowing for the difference in population. It also looks like something went wrong between  the 23rd May and the 8th of June and we are still suffering the consequences.

We also now know that there were far more infections by the beginning of March than were assumed at the time,  so a lockdown 1 week earlier might  have saved up to half the total number of deaths. The reason why we were in the dark in March was simply due to the lack of widespread testing capacity. Italy actually did remarkably well at testing and curtailing the epidemic and now has a low level of infections. The cases curves for both countries are shown in Figure 2. 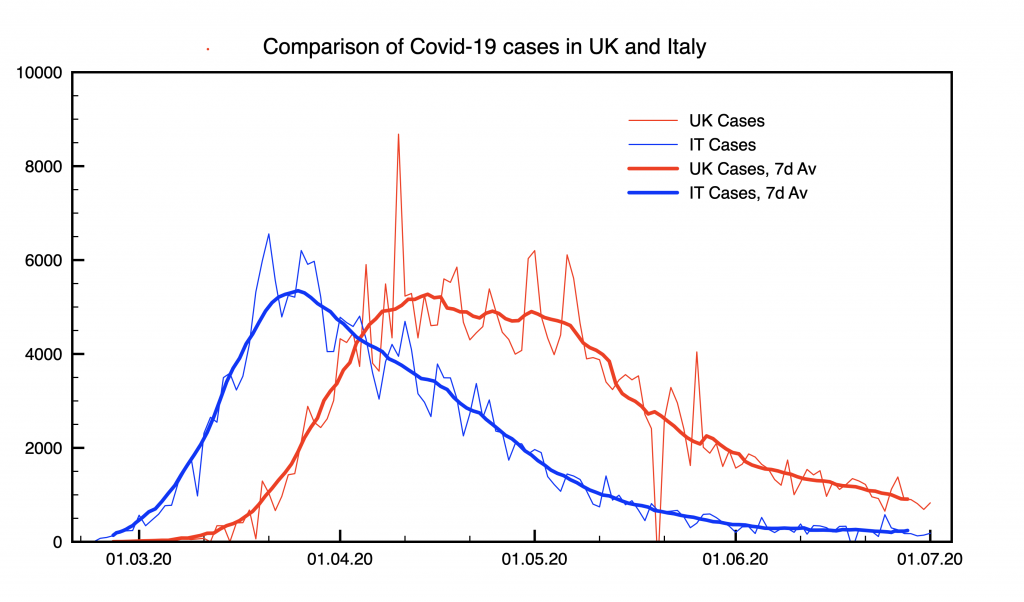 Fig 2. Confirmed Cases Italy and UK. The flattened curve for UK is due to low early testing capacity.

The reported number of cases in each country also reflects partly the widespread level of testing at the time. For Italy it appears that testing levels were high enough early on in the epidemic because  the shape is similar to reported deaths. The UK shape instead clearly shows a lack of testing data early on highlighting just how unprepared we were initially.

Note also the error in the PHE data for Cumulative Deaths on the 20th May (the negative dip). These are their figures for “Pillar 2” (cases in the community).

Finally figure 3 shows  how both countries compare to the overall global  picture. 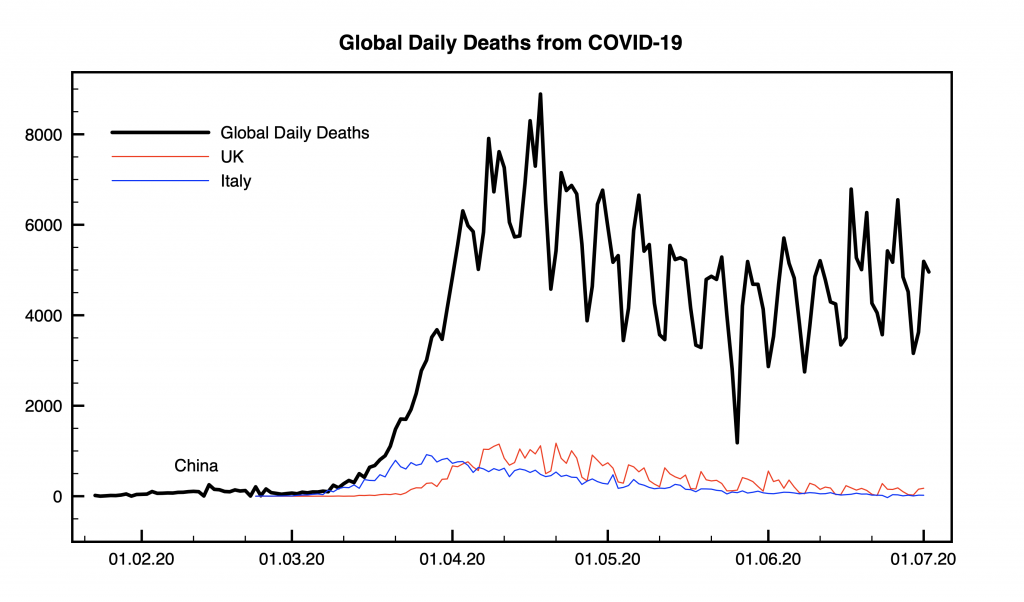 Unfortunately this makes it clear that the pandemic is still quite a long way from ending. There are still increasing numbers of cases across South America, Middle East and the Indian sub-continent. It is also worrying that talk of an Oxford/AstraZeneca  vaccine as early as this September has now been quietly been dropped by SAGE.

6 Responses to Comparisons of UK Covid Deaths with Italy