I have been back living in Italy since the end of August. I worked here for over 20 years. There  is something special about Italy that still makes me feel at home ( the food & wine ?).  I was also quite prepared for the UK to impose a 14 day quarantine on returning to the UK at the end of September. However, since then the relative infection rates seem to have inverted and the UK is now way surpassing the infection rate of Italy. 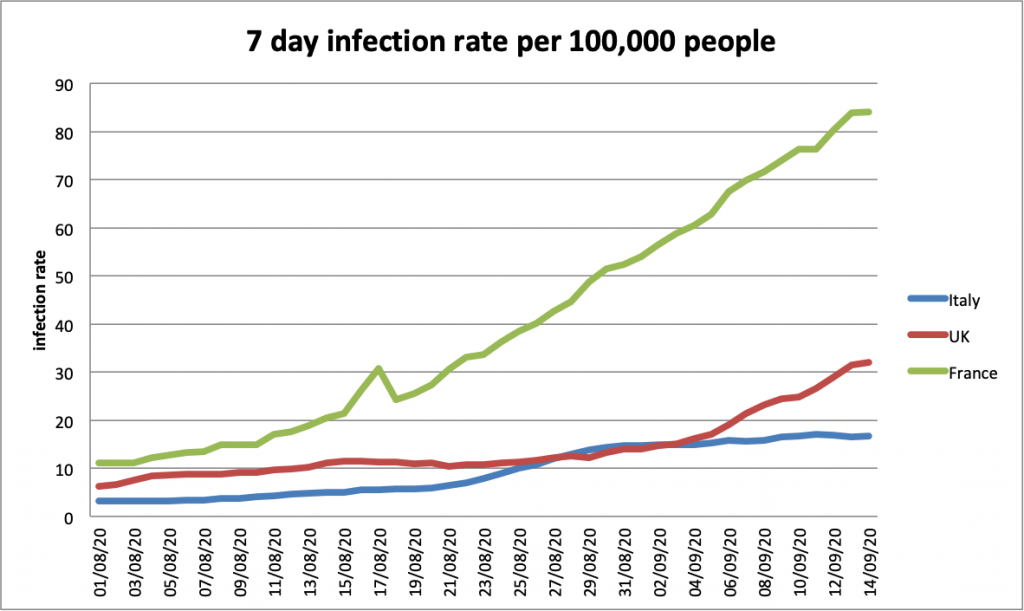 UK infection rates are now nearly double those of Italy!

I think part of the reason for this is that Italians suffered the worst death rate in Europe during the early months of 2020 because people were meeting inside. Outside in summer the risk of infection is tiny. Even Italians were spooked early into extreme social distancing ! Although apparently Berlusconi ignored government  advice during his stay in Sardinia .

Despite all this  he seems to be  recovering fine despite getting  COVID at age 83!