My calculation of the global temperature anomaly is based on GHCN V4 and HadSST3 using a 3D spherical triangulation method and a baseline of 1961-1990. The value for August 2020 is 0.82C. Interestingly though GHCN V4 is forever updating older temperatures due to its homogenisation algorithm. So July’s temperature has also risen in value from 0.79C to 0.83C. Here is the monthly series. 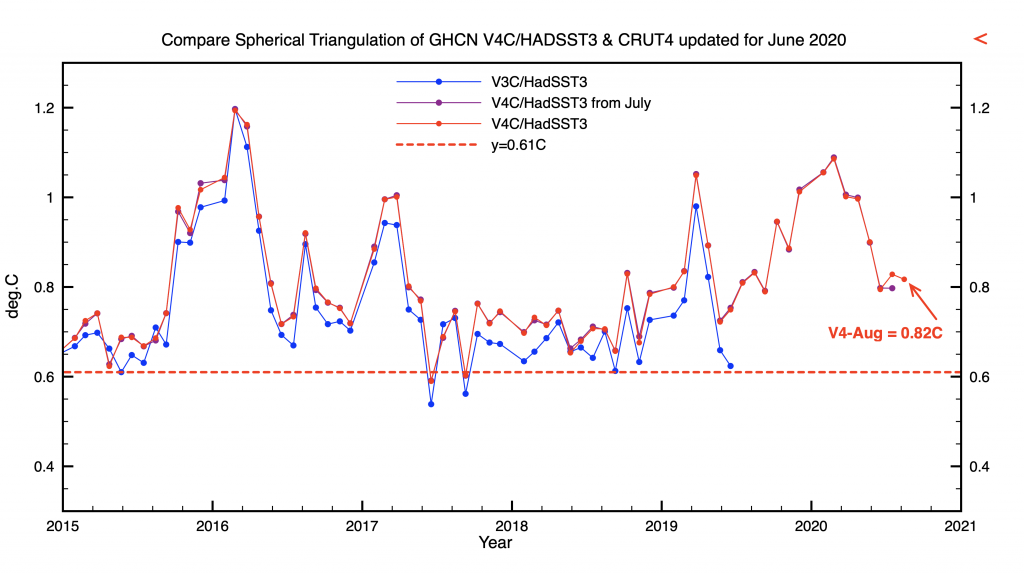 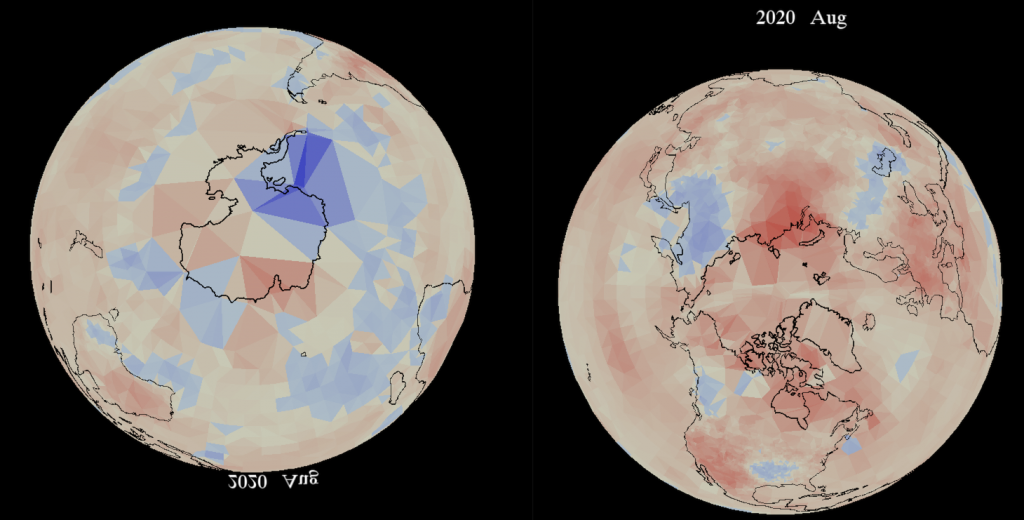 The annual average for the first 8 months of 2020 is 0.93C which while slowly reducing is still higher than 2016. The August estimate is 0.02C cooler than that made in July despite  the slight increase for the July monthly value. 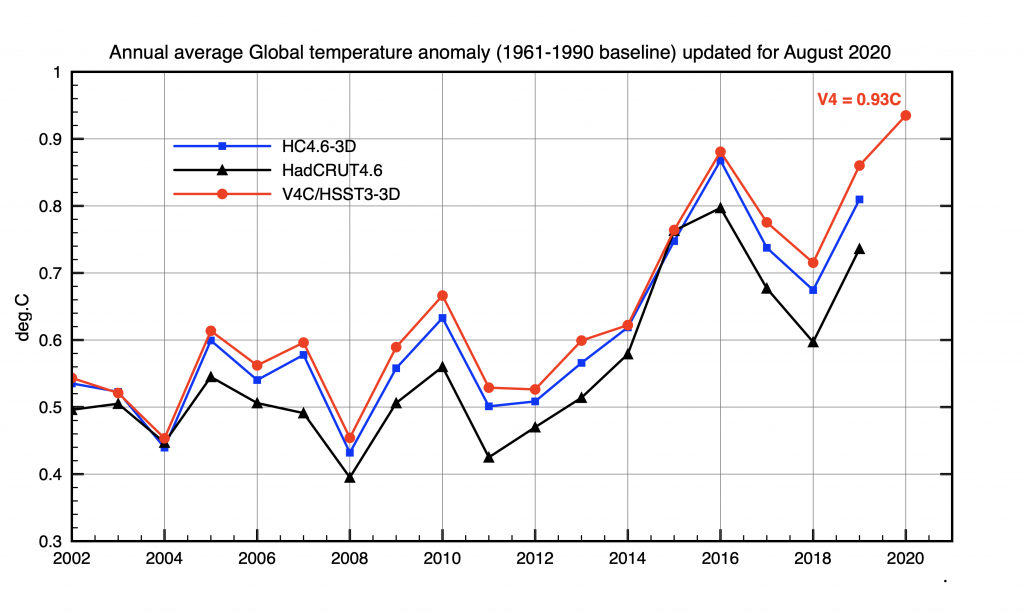 1 Response to Global Temperature Anomaly for August was 0.82C