Covid restriction measures began in the UK on March 16th, which were then followed by a full lockdown lasting from March 22nd until finally being eased on July 4th. People were asked to work from home “wherever possible”.  Shops, Pubs, restaurants etc. were closed. What effect did that have on electricity demand ? 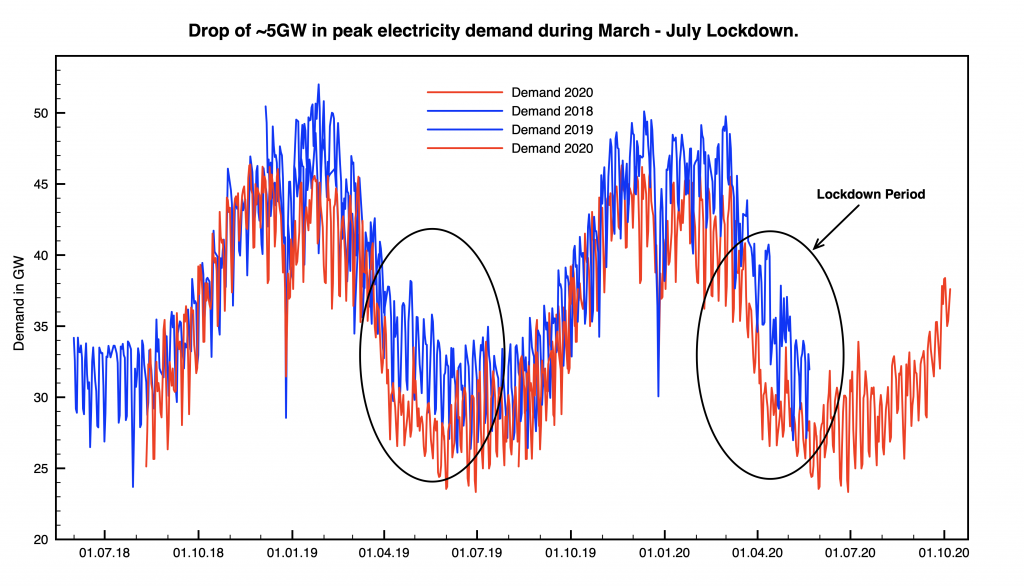 Peak electricity demand fell by about 5GW during lockdown or by 15%.

Winter demand in 2019/2020 was also lower than the two previous years by a similar amount. The Met Office confirms the probable reason: 2019/2020 was a mild & wet winter.

The winter was notably milder than average, and broadly unsettled, though with a few interludes of quieter weather. February was particularly wet and stormy, and included three named storms, with widespread high rainfall totals and associated impacts. Frosts were fewer than average, and, although there were some snowfalls in certain areas, these were of limited severity. Overall this was the fifth mildest winter in a series from 1884, and the fifth wettest since 1862.