The global temperature for 2020 was 0.88C equaling that in 2016 based on GHCN-V4C (homogenised) and HadSST3. The V4U (uncorrected) result is 0.82C for 2020 making it slightly cooler than 2016. These are based on the Spherical Triangulation technique described here. 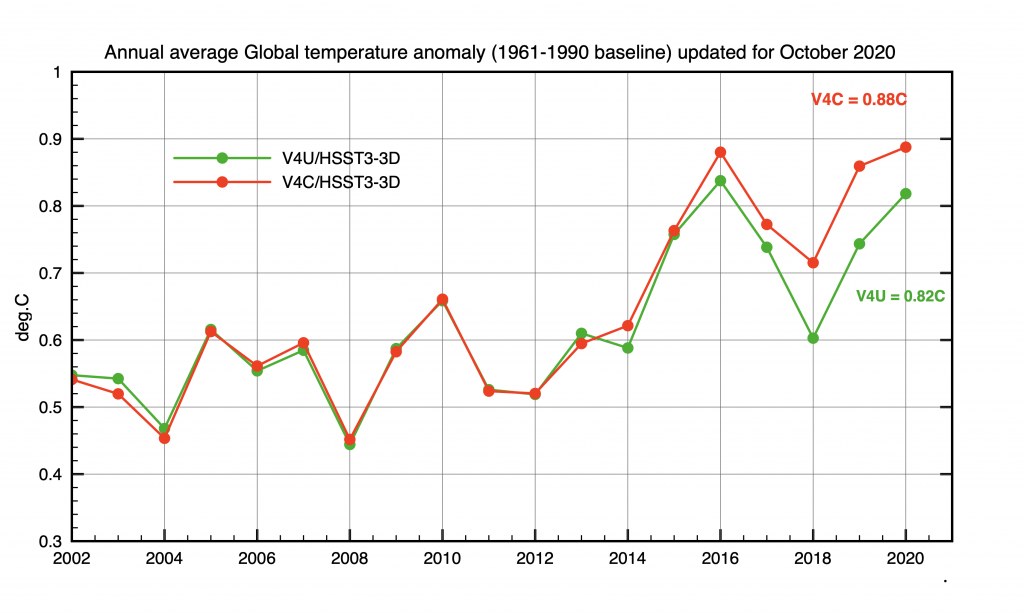 December saw a large drop in global temperatures relative to November mainly due to a strong La Nina developing in the South Pacific. 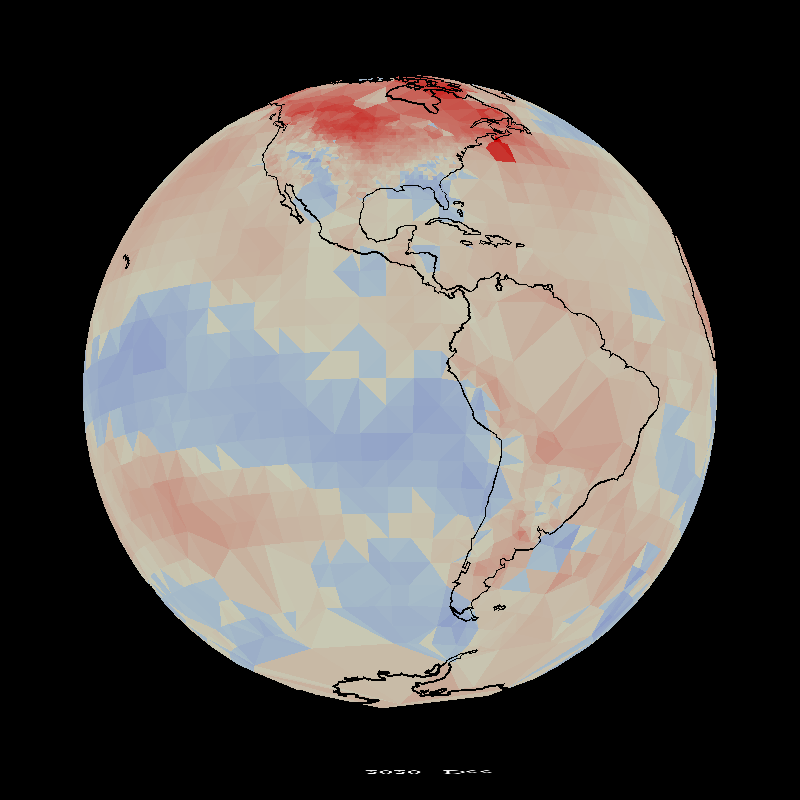 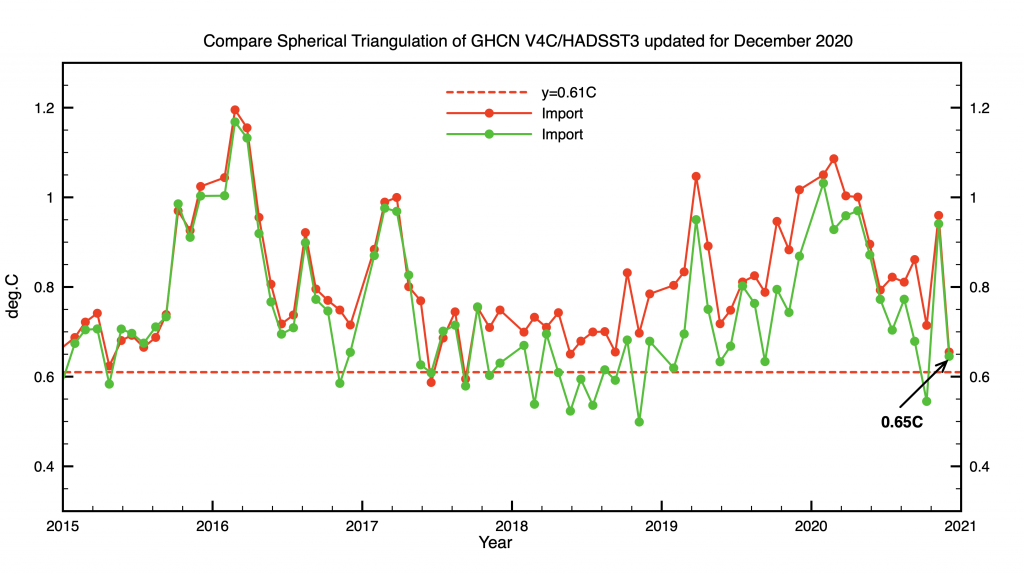 Nick Stokes (TempLS) uses a similar algorithm but with a loess interpolation. It is interesting to compare his results to mine. I think he is using only the uncorrected V4U data combined with ERSST sea surface temperatures.

There are some small systematic differences between the results, but we can draw the following conclusions.