A first look at HadCRUT5

The latest version of the CRU station data is called CRUTEM5 which when combined with the new Met Office sea surface temperature data HadSST4 becomes the new official global temperature dataset HadCRUT5. This was released about 2 weeks ago and is now operational. We have already seen that HadSST4  increases recent temperatures mainly by updating the historic corrections of bucket and engine room intake temperatures. In addition CRU have used  a method of infilling sparse 5 degree bins similar to that of Cowtan & Way, which now becomes obsolete. I decided to have a look at the new data.

The main difference for programmers is that all the data are now stored in Net CDF files, which means you have to rewrite all the data handling software. The particular  format they use is not documented as far as I can tell. So I used the NCDUMP utility to work out the structure of their  NetCDF files. All the station files are now also in netCDF files instead of simple text files.

My method of calculating  global temperatures uses a spherical triangulation of measurement points across the surface of the earth. This has the advantage of naturally covering the full surface area. The size of individual triangles just changes with measurement density. So the grid “cells” are 3D triangles rather than 2D Lat,Lon cells. The temperature of each triangle is the average of the 3 vertices. After a couple of days effort I now have it working. 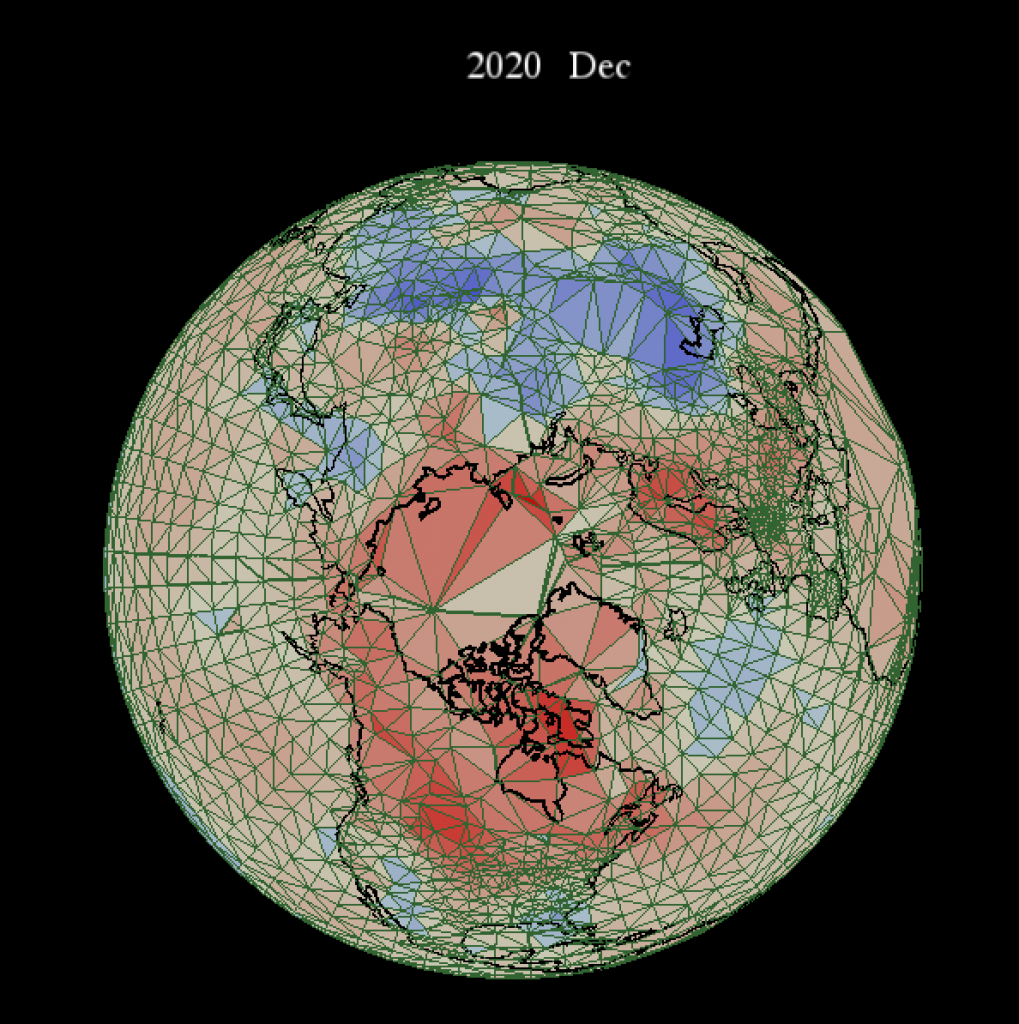 So how do my results compare with theirs? Here is a direct comparison for the annual temperature anomalies. 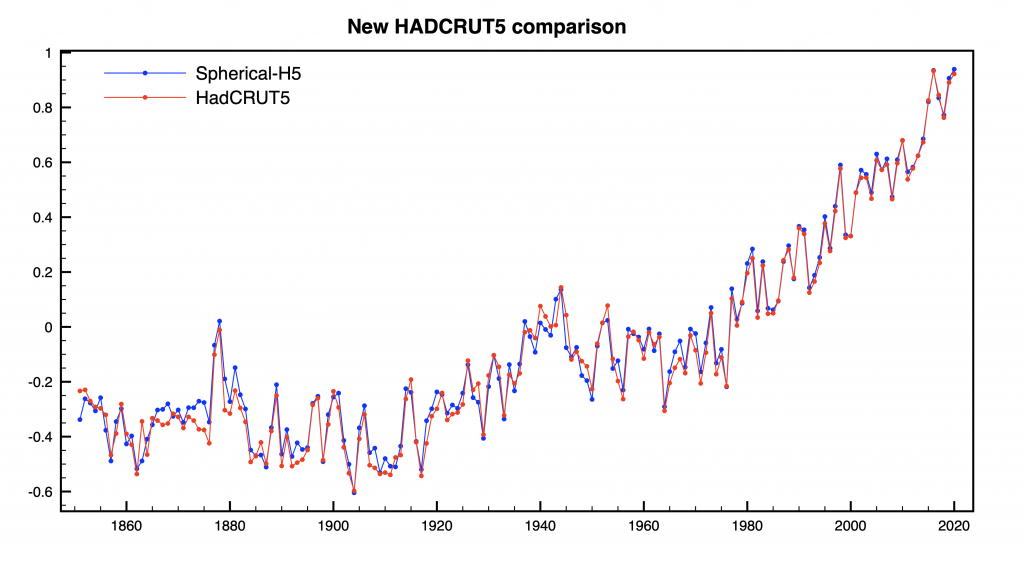 Comparison of the official HadCRUT5 annual temperature anomalies and the Spherical triangulation method.

My results are remarkably similar to theirs whereas this was not the case with HadCRUT4. The reason why they are now in good agreement is because HadCRUT5 extrapolates a fit into empty grid cells using a method similar to that of Cowtan & way. As a result HadCRUT5 has now become one of the “warmer” datasets whereas HadCRUT4 was one of the coolest. Despite this CRUTEM5 has not really expanded much in station data. I find 10631 stations but of these only 7734 have data within the normalisation period 1961-1990, which is not much more than in CRUTEM4 (10295 & 7680).

Finally here are the monthly results. 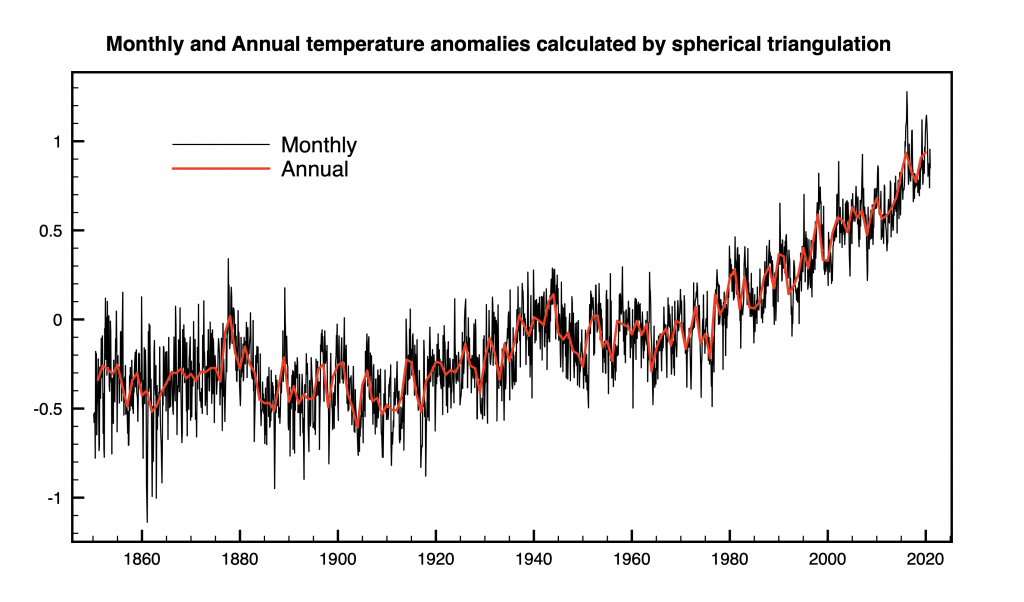 My monthly and annual temperature anomalies can both be viewed as simple text files.

The software written in IDL is also available on request.

3 Responses to A first look at HadCRUT5