Nick Stokes has an interesting post comparing a blended version of CMIP6 tos/tas  to compare models to data. The blending is intended to correct for the fact that  Ocean temperatures are measured at the surface (tos) while land temperatures are measured 2m above the surface (tas). He made available the CMIP6 model data in an easy to use csv file. So I thought it would be easy to compare CMIP6 model results to my global temperature monthly data. However I discovered another effect.

The  fact is that none of the global temperature data show any sign of such an oscillation, although it is observed in Meteorological ‘reanalysis’ data. The main reason for this is that everyone always work in temperature ‘anomalies’ so they just calculate deviations from a ‘normal’ monthly average. I always take a 30 year normalisation period for weather stations of 1961-1991 which is the same as HadSST3/4. Let’s compare all 102 CMIP6 models with the data from Nick’s csv file where I calculate model “anomalies” on the same baseline. 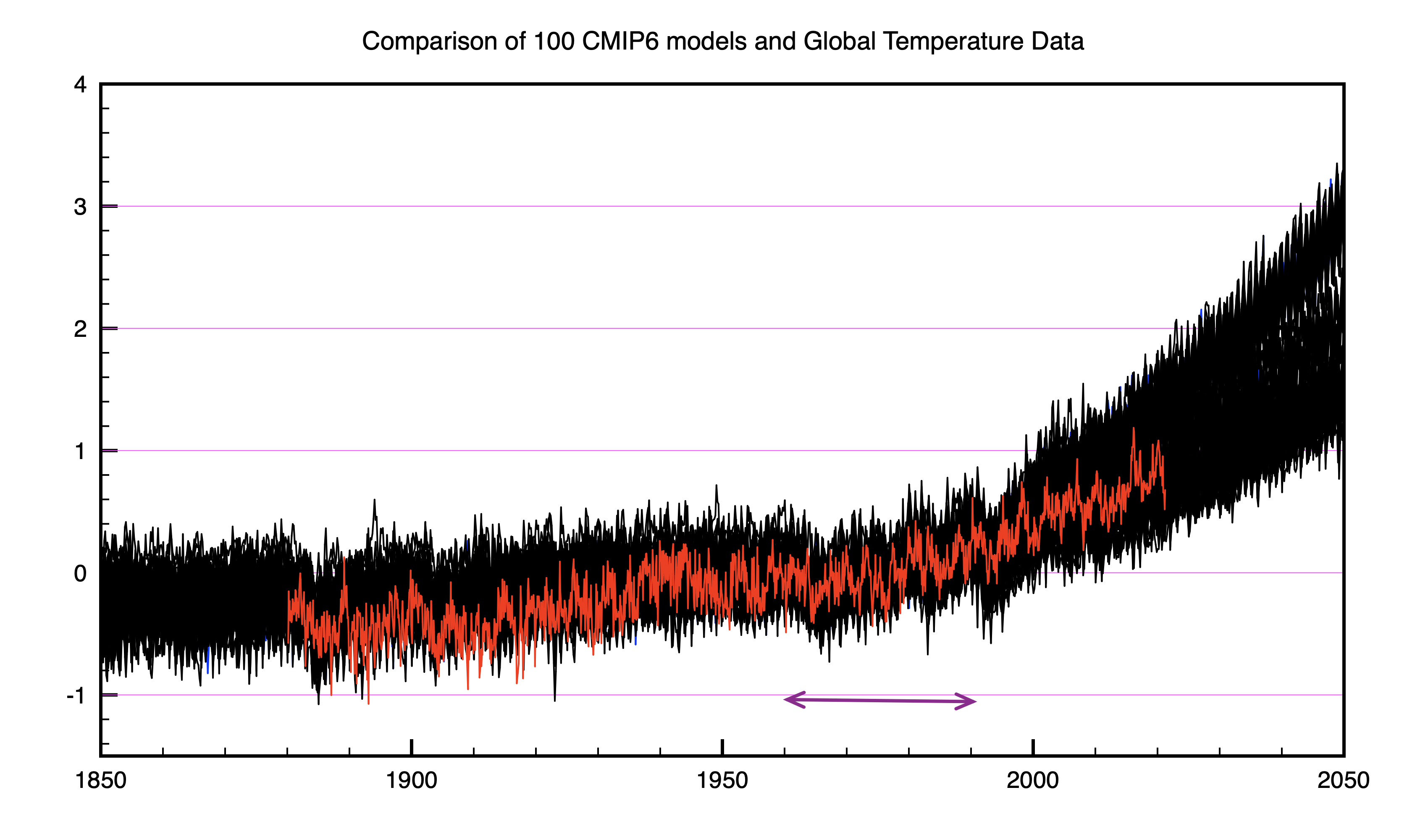 The data are up to March 2012. The agreement appears reasonable good partly because they have been normalised to the same baseline. However more recent temperature data favours those models running slightly cooler.

What I find interesting though is that global temperatures actually change by ~5 degrees every year.  This is then superimposed onto an overall global “warming” of just 1 degree over the last 180 years. It is only by using temperature anomalies that this small effect can even be measured.  The above monthly model  temperature data are derived form monthly temperature data that actually looks like this ! 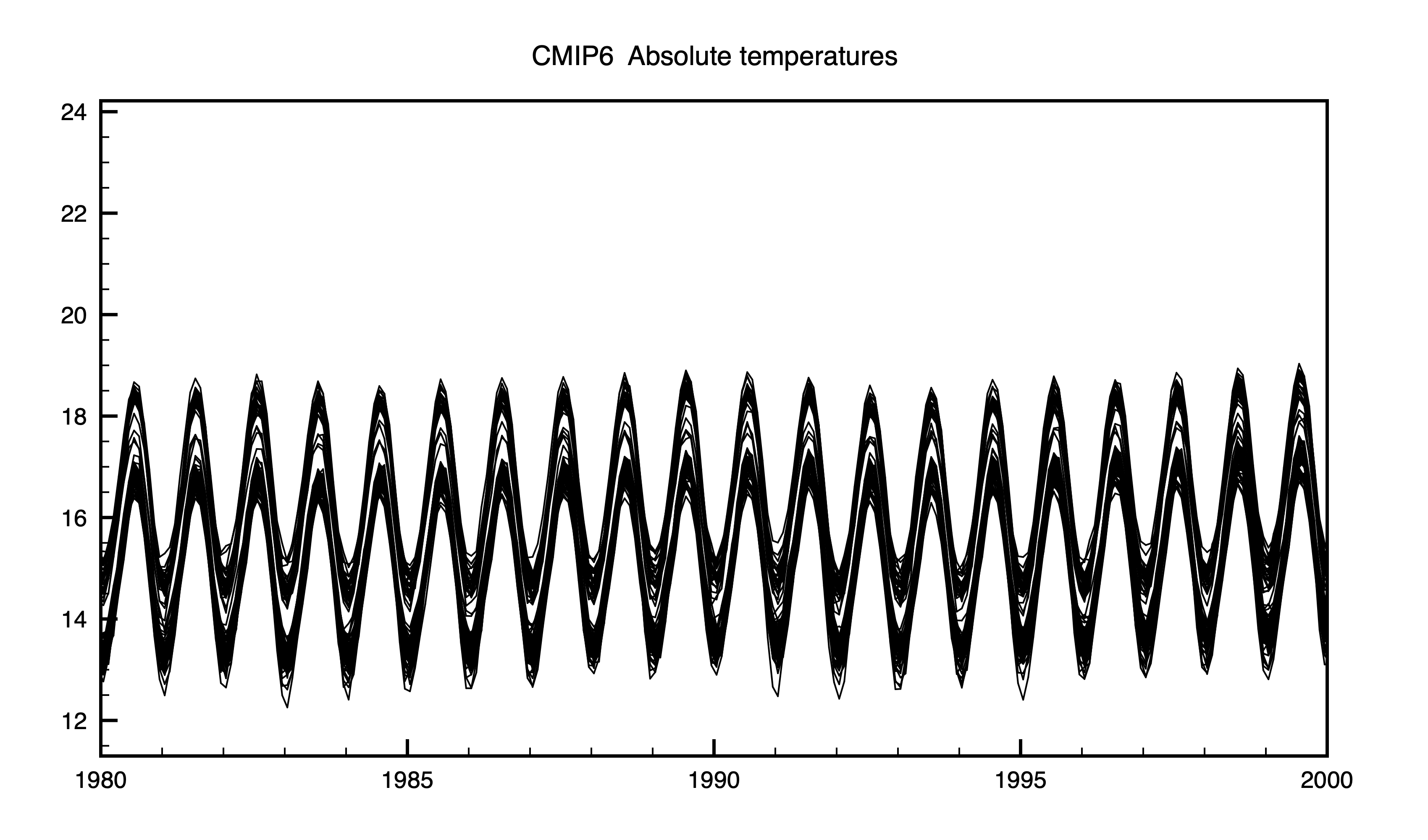