My calculation of April’s temperature (anomaly) was 0.64C, which is down 0.04C from March. This is based on V4C and HADSST3 data using spherical triangulation. It is the coldest April since 2015.

It was particularly cool across Europe, Central/Western US and in Australia and the Southern Polar region. 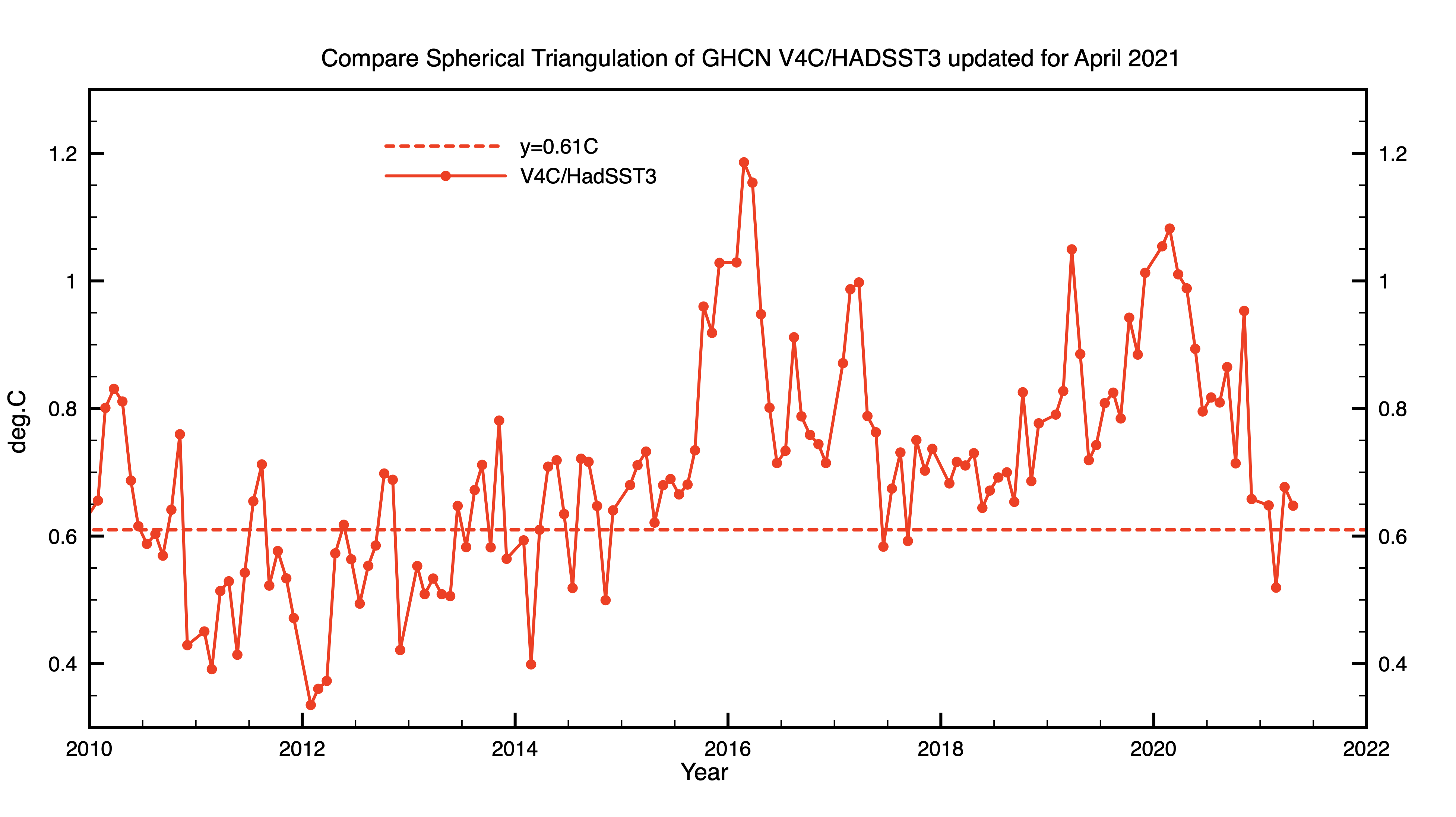 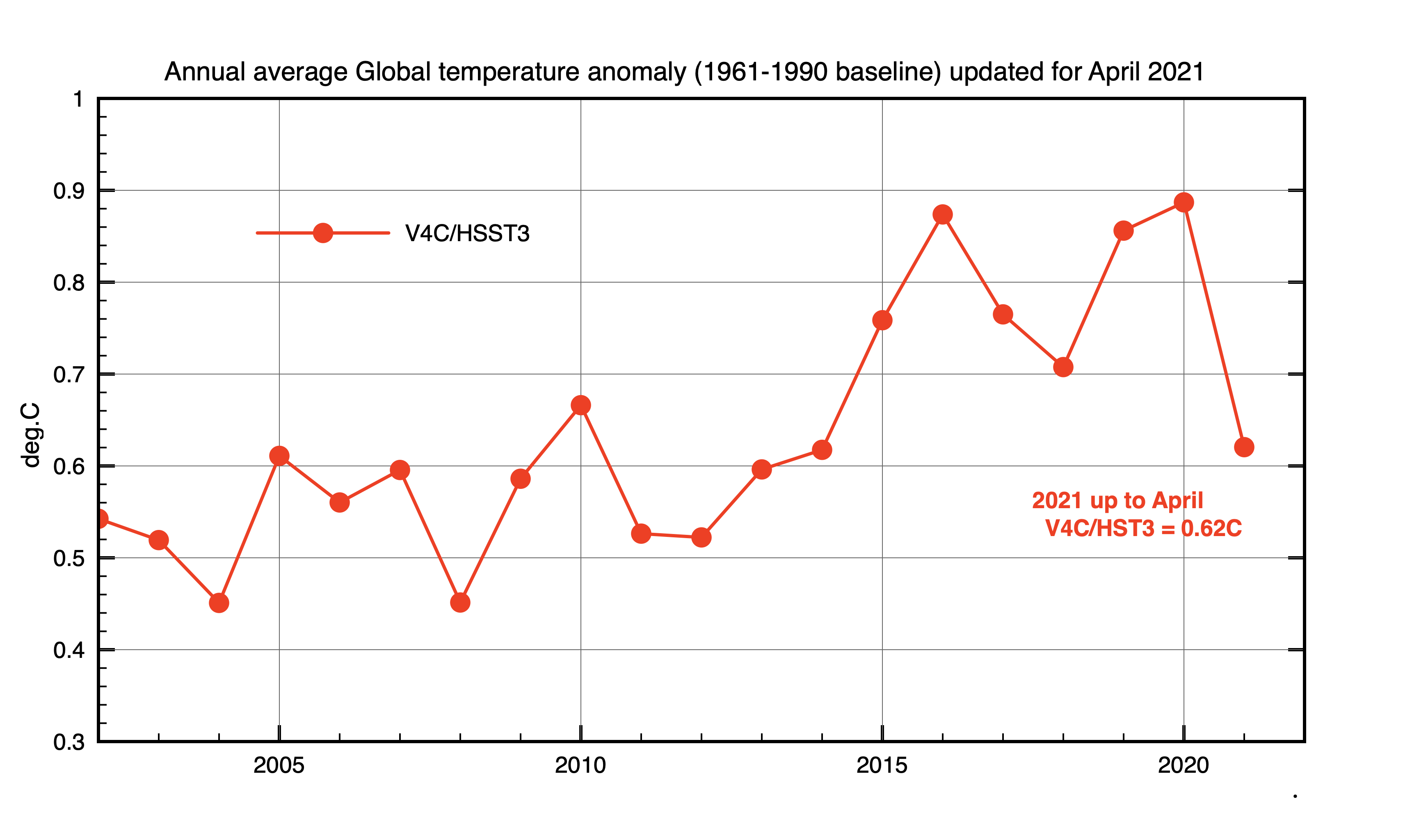