The latest HadSST4 data release allows me to calculate global temperatures up to March 2022 based on spherical triangulation. HadSST4 results in higher temperatures compared to HadSST3 relative to the baseline of 1961-1990. I combine this with GHCN-V4C station data. The results for the monthly temperatures are shown below. There is still evidence of a weak La Nina and cool spots in Eastern Europe and central Siberia.

Temperature anomaly distribution of the Earth’s surface calculated by 3D spherical triangulation of all land and sea measurements. All points of the earth are covered using this method. 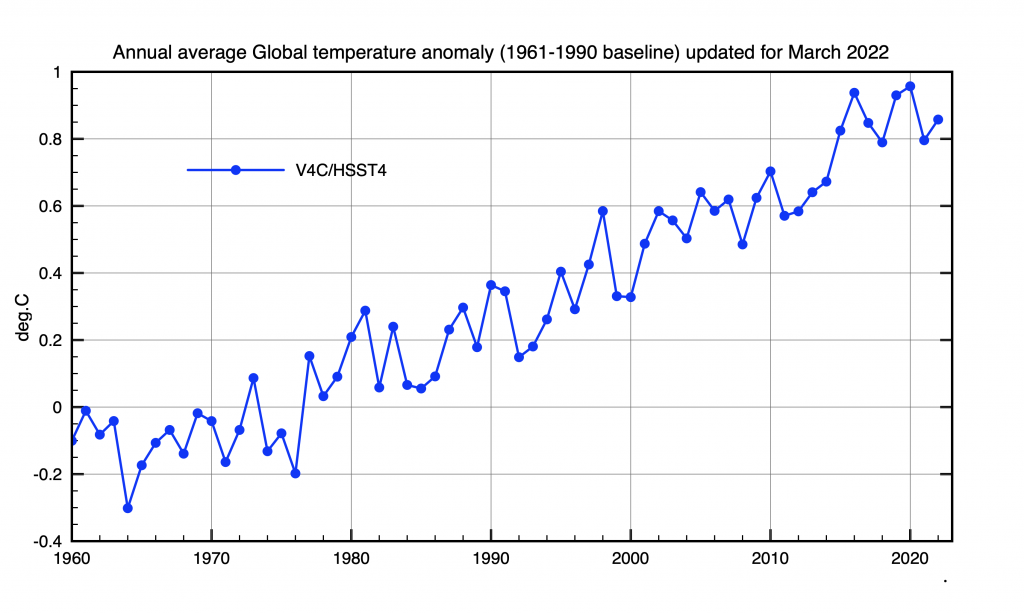 The monthly data show the effects of La Nina and El Nino cycles. 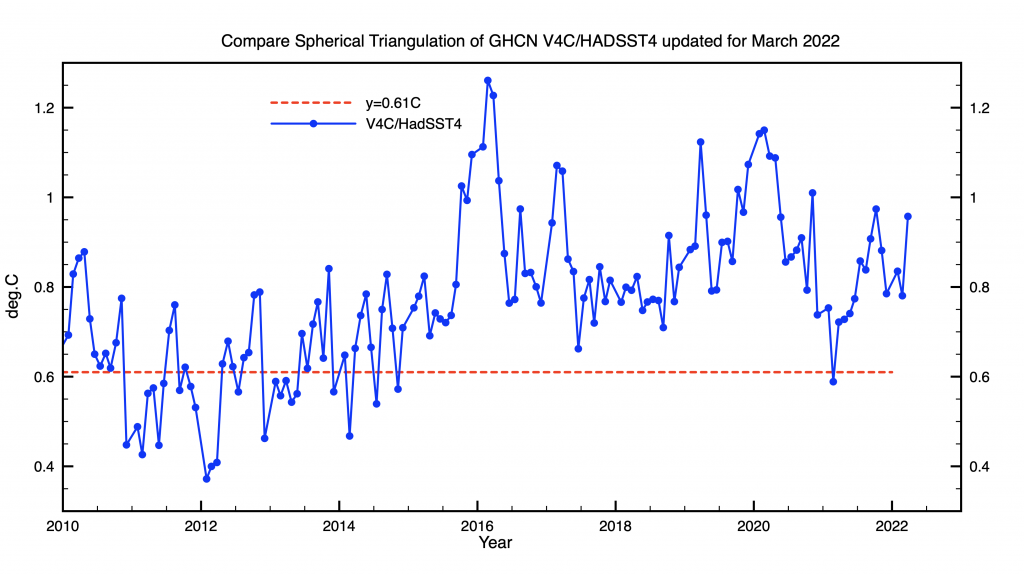 The temperature data can be downloaded.