2022 looks set to be the 4th/5th warmest year averaging 0.86C above the 1961-1991 baseline after 10 months. The underlying trend is better represented  by the decadal integration which implies an overall warming of about 1.2C since the “pre-industrial” period.  (Note however that coverage uncertainty increases pre 1960, especially ocean temperatures). 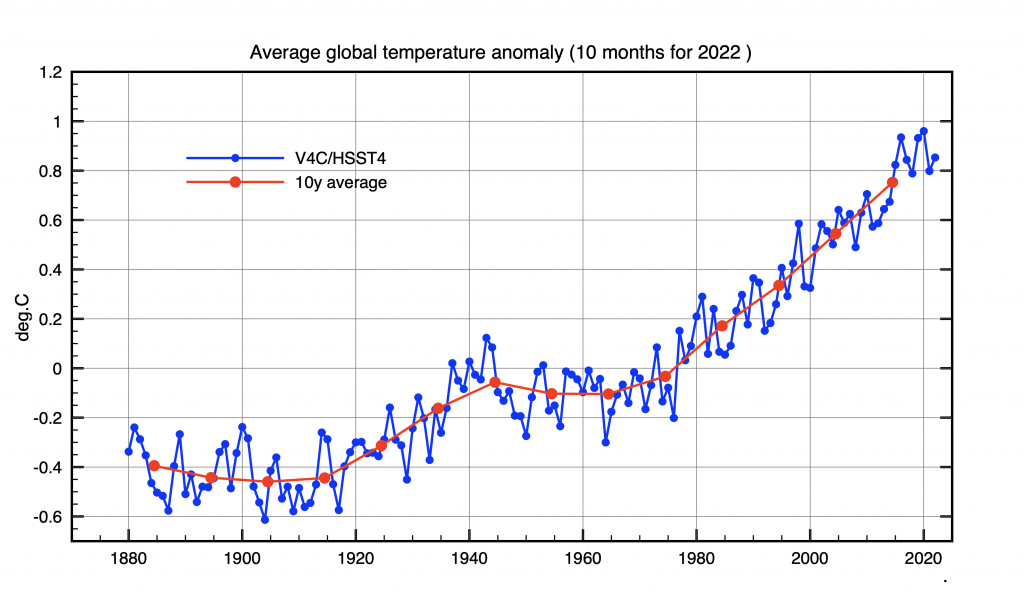 October 2022 regional temperatures are visualised below.