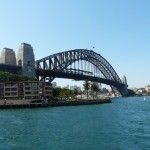 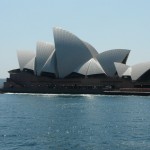 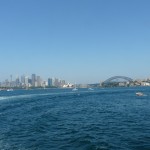 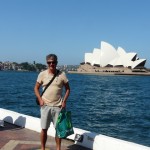 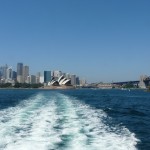 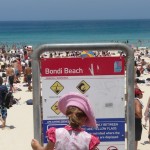 Back in Sydney now for the last few days before we leave Australia alowing us to see this wonderful city. We are staying in Newtown, which is an up and coming suburb just outside the main city centre. It looks like a Victorian suburb of London or any major UK town. Better still there have been preservation orders placed on all the old buildings which stop shops and developers transforming their frontages. This is one of the tragedies of Britain where chain stores like Boots, M&S, Waterstones etc. are simply allowed to plaster their massive shop signs and transform entrances to mediaeval buildings. As a result Newtown and other suburbs look much the same as  they did 50 years ago despite massive rises in property prices.

The waterfront at Circular Quay is just stunning. It looks even better from one of the ferries taking you to Manly or elsewhere. The Opera House is a work of genius and contrasts say the Festival Hall and the  South Bank in London built around the same time. One is timeless, the other looks dated, monolithic and dirty. The Sydney Harbour Bridge looks better in real life than it does in a photo and is an iconic piece of engineering. Yesterday we went for a swim at Bondi Beach. It really is a lovely beach despite the thousands who go there during the holiday season. The sand is clean and  fine and there is enough room for everyone  but swimming between the flags is a little hard when they put the flags about 30 meters apart, but the surf was small so no problems. Strangely enough it reminded me of Newquay in Cornwall, but that may be because Newquay itself got based on Bondi . The water is cooler in Sydney than in Perth or Adelaide which is fine when you get so hot in the sun. 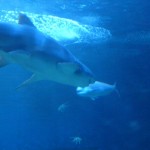 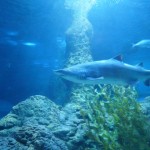 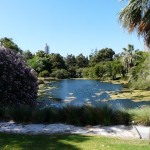 We flew to Sydney from Perth with Virgin Blue. The last day in Perth we went to the Aquarium which is quite a way outside Perth which we reached by train and bus. There is a trendy new resort with a Marina, water park and expensive apartments. The aquarium was really good and exhibited fish from different local areas in Western Australia. You walked through a mega tank with 15 sharks, sting rays, groupers etc. pools of coral and rays and tanks with sea snakes. While in  Glenelg I saw a huge sting ray swim into the beach from the jetty. It reached about waist high water before turning back out to see. They are harmless unless threatened and they do carry a powerful sting in their tails