The map above shows in red the “hot stations” and in blue the “cold stations”.  In both cases the larger the point the stronger the warming/cooling. This is an active flash map so you can zoom in by dragging a rectangle,  and view the data by clicking on any station, (zoom out by clicking anywhere else). 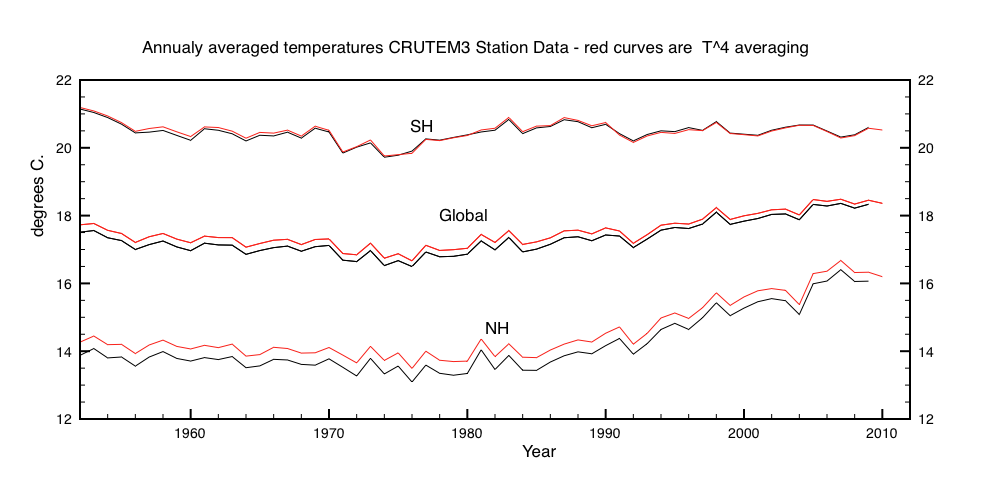