Could the moon have played a role in UK’s heat wave ?

An ‘Omega’ pattern of Jet Stream Rosby waves developed in early July dragging hot air up from Spain. This  coincided with a full moon with maximum summer tides. 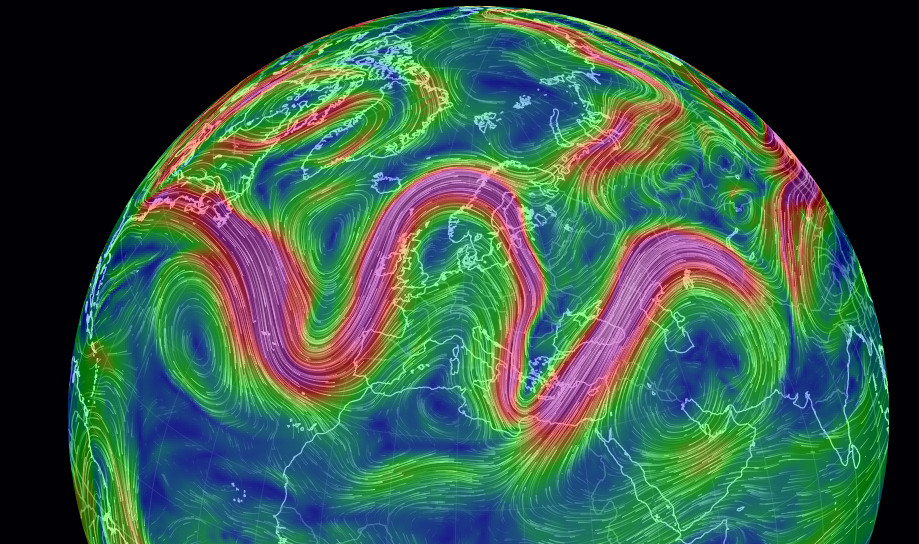 I am no meteorologist but even I can understand how this ‘Omega pattern’ in the Jet Streams  must drag hot Spanish/N. African up air over the  UK.  So let’s look at the ECMWF charts from  the neap tide on June 25 and the full moon tide on Feb 3rd.

A  full moon generates the largest tides in the northern hemisphere in summer, whereas a new moon dominates in winter.

So how could the Jet Stream flow possibly be disturbed by an increasing atmospheric tide? The main effect of tides is the tractional (horizontal) N-S component which is unaffected by gravity. The rotation of the earth generates a variable torque whose strength depends on the lunar cycle of neap and spring tides.

Having studied this for about a year I am convinced that statiscally the data now prove that there is an effect, particlularly in winter.

9 Responses to Could the moon have played a role in UK’s heat wave ?