Estimates of future climate change are based on the mean ‘projection’ across an ensemble of models. This is based on an assumption that each model is equally likely, but is that really true?  Surely it is far more likely that just one of the models is nearly “correct” and that the  others are simply wrong. This is normally the way physics progresses through a “selection of the fittest” process.

We look first at the most sensitive model in CMIP5 which is GFDL-CM3 developed by the Geophysical Fluid Dynamics Laboratory at Princeton. It has an equilibrium climate sensitivity(ECS) of >4C. This model already disagrees strongly with the latest Hadcrut4 temperature distributions as shown below. The plot shows  the distribution of temperature anomalies relative to a 1961-1990 normal for  GFDL-CM3 compared with that observed by Hadcrut4. The data is averaged over all months during the 4 year period 2011-2014. 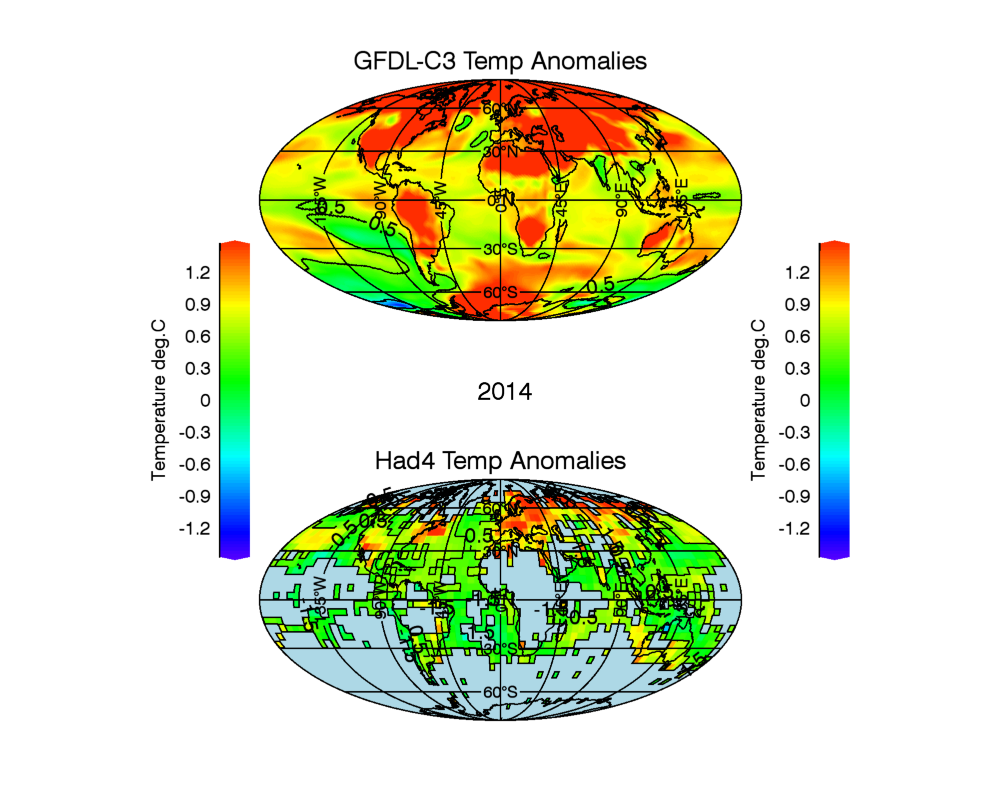 There is a huge disagreement over most of the globe. North America, South America and the whole of ASIA are notably cooler than predicted by the model. Ocean temperatures are also much cooler. There are very few stations with continuous records in Africa to say very much and this remains a problem with all datasets. My conclusion is that GFDL-C3 is simply wrong.  Next we do the same thing  using the lowest sensitivity model in the ensemble – GISS-E2-R which was developed by NASA. GISS-E2-R has a value of ECS ~2C. 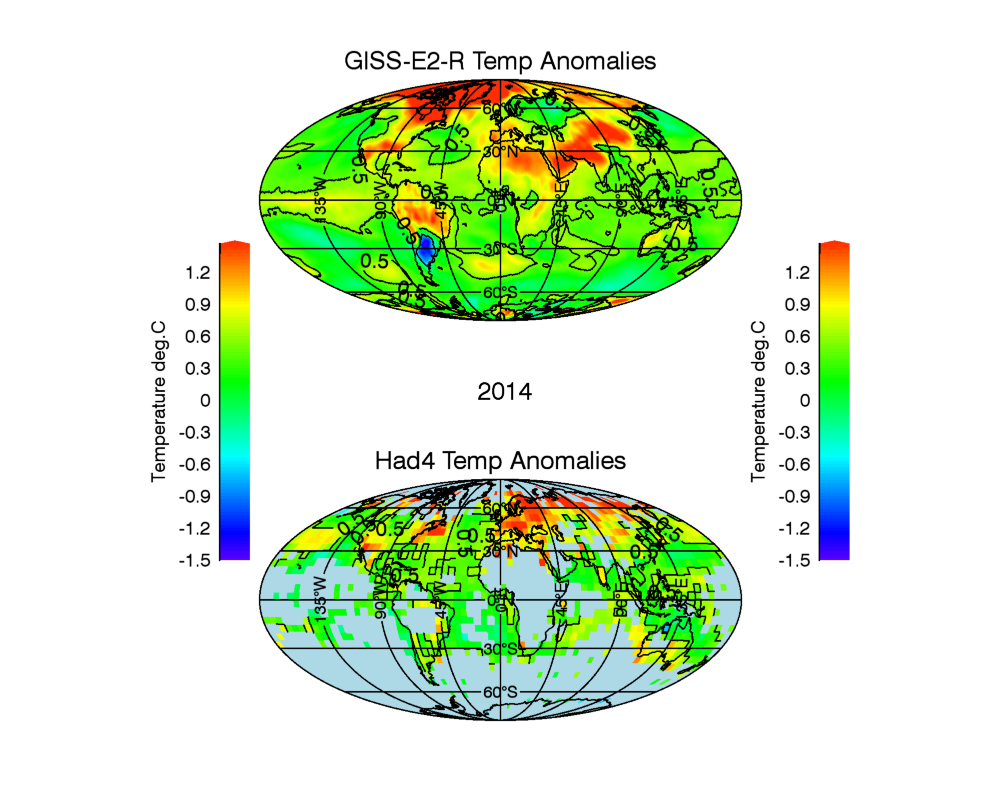 This model shows  better general agreement although the details don’t match perfectly  either. My conclusions of all this is

You can see an animation the full Hadcrut4 yearly development of temperature anomalies  here since it is too big to insert directly in this page. There you can see how the observed coverage varies with time. Only stations with a 12 month record are included for any given year.