I have been investigating  variations in the monthly Hadcrut 4.3 temperatures anomalies. Here is  an animation of all the data starting from 1990 up until Oct 2015.

Apart from occasional El Ninos most activity takes place in the two northern continents – America and Asia. There is far less variation in the Southern Hemisphere . Furthermore the strongest variation occurs during winter months and seems to oscillate between hot spells and cold spells, especially apparent over central asia.

A systematic bias with these sort of plots is simply the way that the color scales are generated. The Met Office use a logarithmic colour scale for HADCRUT4 anomalies  which in my opinion grossly exaggerates warming trends. You can see the visual effect of this from their web site shown below 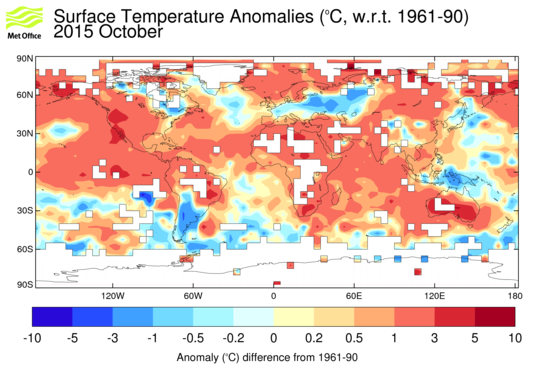 October 2015 anomalies as reported by the Met Office. Note the non-linear colour scale.

Essentially this methodology means that any excursion above 0.2 degree looks warm, while anything above 0.5C looks hot and anything above 3C looks very hot indeed. I don’t think this is really an honest representation of the reality of climate change. If instead I use my colour table (which is a standard one taken from IDL) then I get a seemingly much less alarming plot for October 2015. 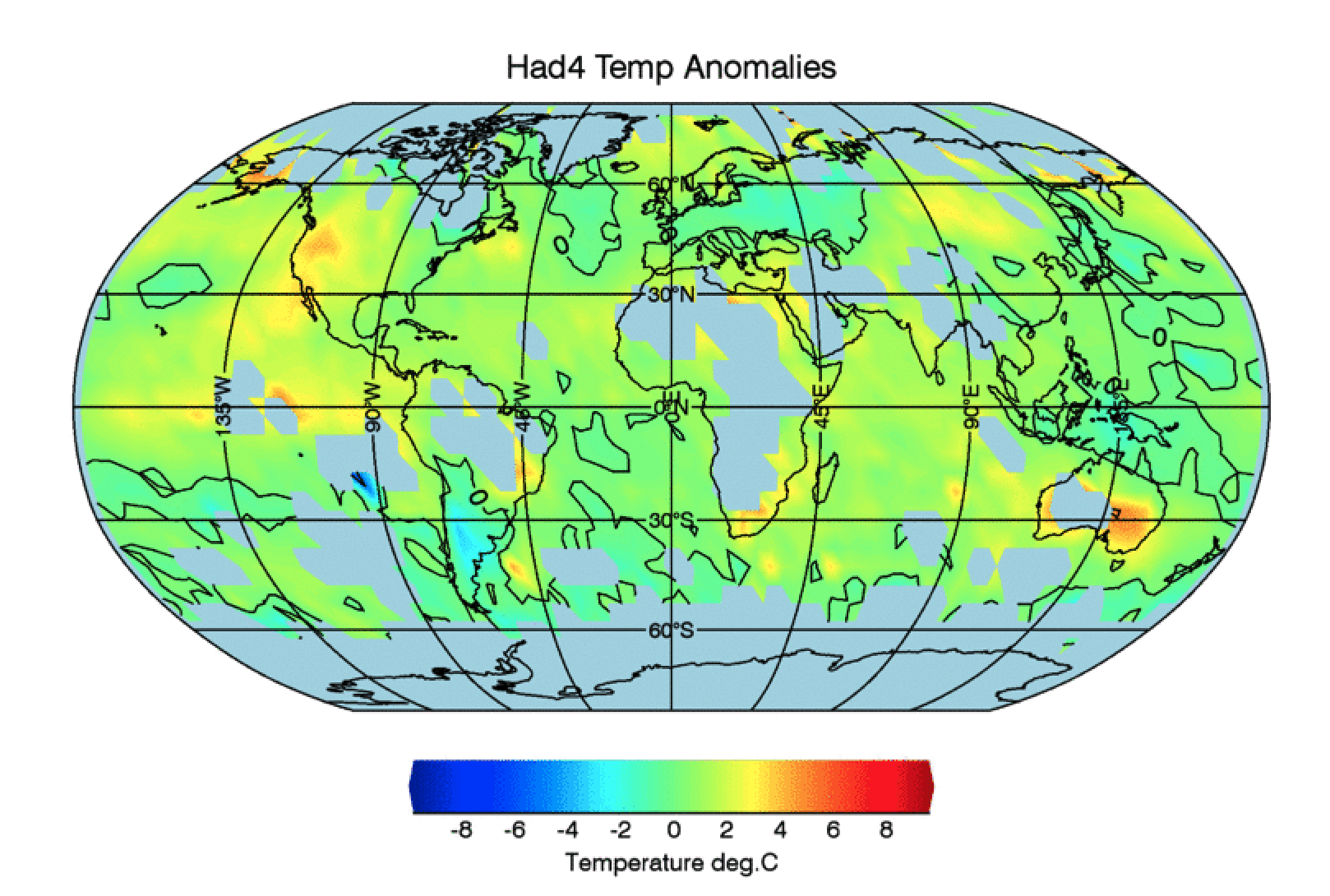 Perhaps my colour scheme isn’t that much better either, as it has a ± 2C green range in the middle.  Following a discusion on twitter (@TimOsbornClim & @dougmcneall), I decided  to try to define a  more ‘honest’  colour scheme to visualise global temperatures. I’ll describe this in the next post.