How many batteries does Energiewende need?

German energy policy is to base power generation on renewables and phase out nuclear power.  The trouble with this, is that there are always some days when there is no wind and no sun. No problem, it is argued,  because energy can be stored on very windy days for just these cases.  So can battery energy storage really tide Germany over such lull periods? If so, how many standard car batteries would you actually need? 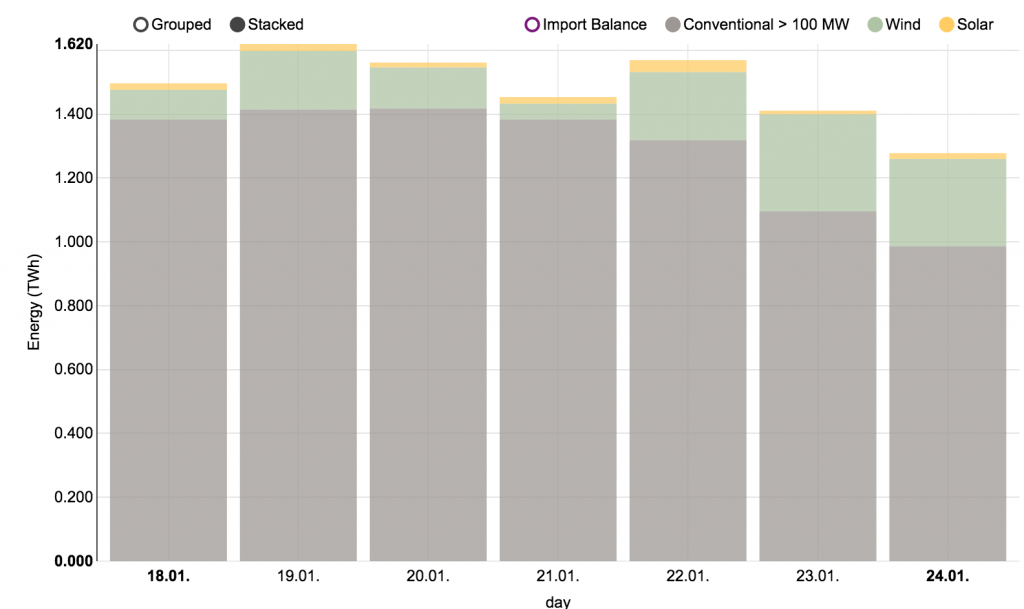 German daily energy production for 3rd week in 2016 during low wind speeds. Energy storage would need to replace all ‘conventional’ energy if as planned Germany abandons nuclear and coal.

The average German daily electrical energy demand is 1.4 TWh during winter months but can peak to 1.6 TWh.  A standard  (65Ah) car battery can store 0.78 KWh of energy. Therefore to power Germany for one day without any significant wind or solar input during winter would need at least

There are currently 1 billion cars and trucks in the world. So Germany’s energy storage solution  would need to requisition all of these , plus then manufacture 800 million more just to cover one day without wind in Winter.

If instead Germany decided to buy Tesla Powerwall battery packs priced at $3000, then they would only need 220 million of them for a total cost of $660 billion.  However for energy security insurance they probably need about seven times that number to cover a full week for a total cost of ~ $4.6 trillion.

17 Responses to How many batteries does Energiewende need?