Update (7/2): I made a silly mistake with normalising the averages. The text and figures have been updated with the correct results.

In this post I am going to present global temperature data in a different way to highlight how the earth cools by transporting heat from the tropics to the poles. This shows that enhanced CO2 warming is mainly concentrated in northern latitudes. To do this I use the latest monthly Hadcrut4 gridded data from 1900 to 2016 and integrate it over longitude and seasons to form yearly meridional temperature profiles.  Here are the results. 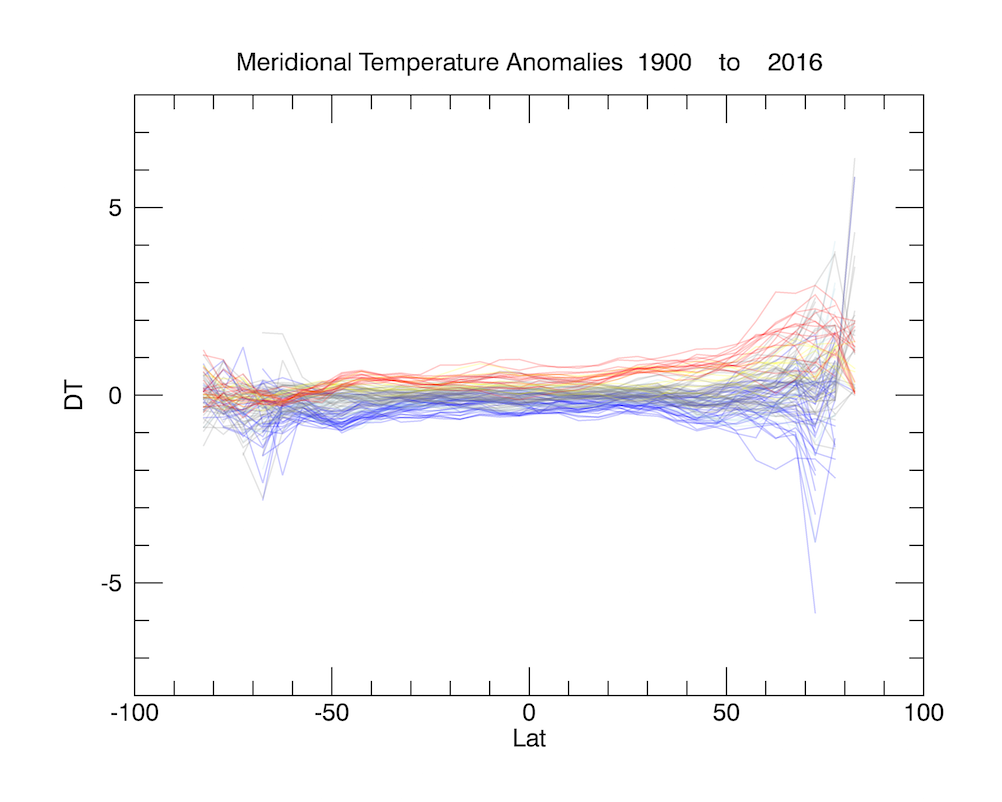 There has essentially been less warming  between -50 < lat < 50 than at the poles. Much of the  significant warming is concentrated  at latitudes > 50. 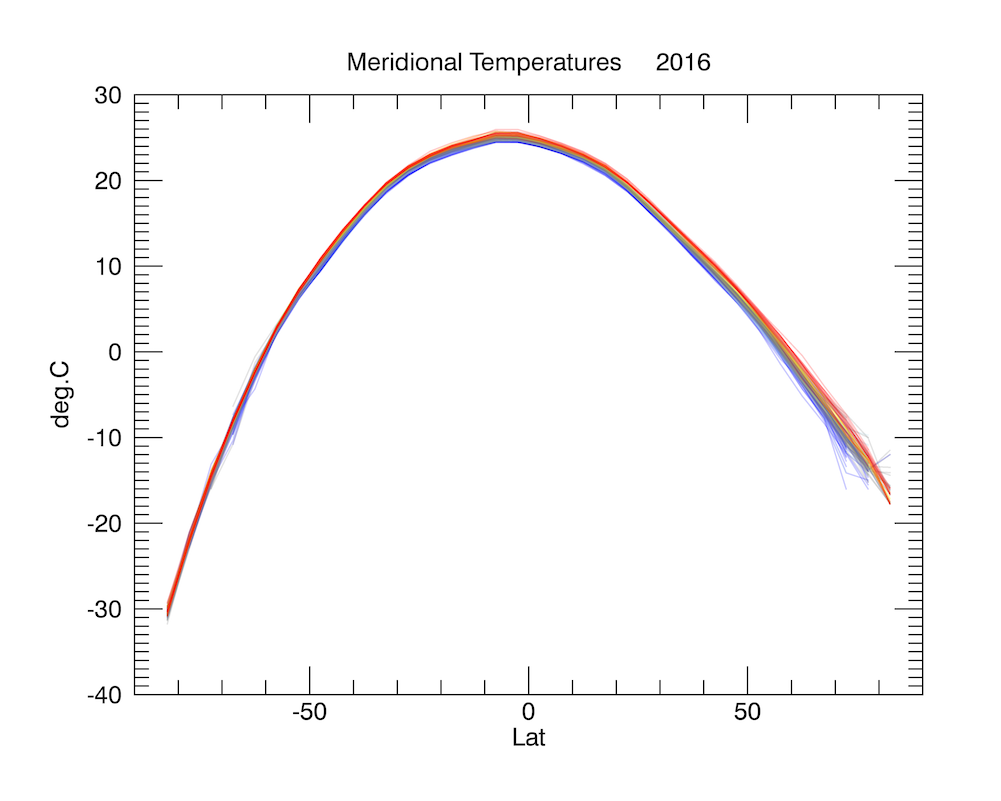 Figure 2. Average temperature profiles from 1900 to 2016 calculated relative to a standard profile. Colour scheme is the same as Figure 1.

One sees on this scale just how tiny any relative increase in temperature really is. In a previous post we saw  how most warming actually occurs in winter, when temperatures fall to -40C in the Arctic and to -50C in the Antarctic. Compared to such extreme temperatures, a relative  increase of just 0.5C is tiny. We can see this by looking at more detail in the Arctic region. 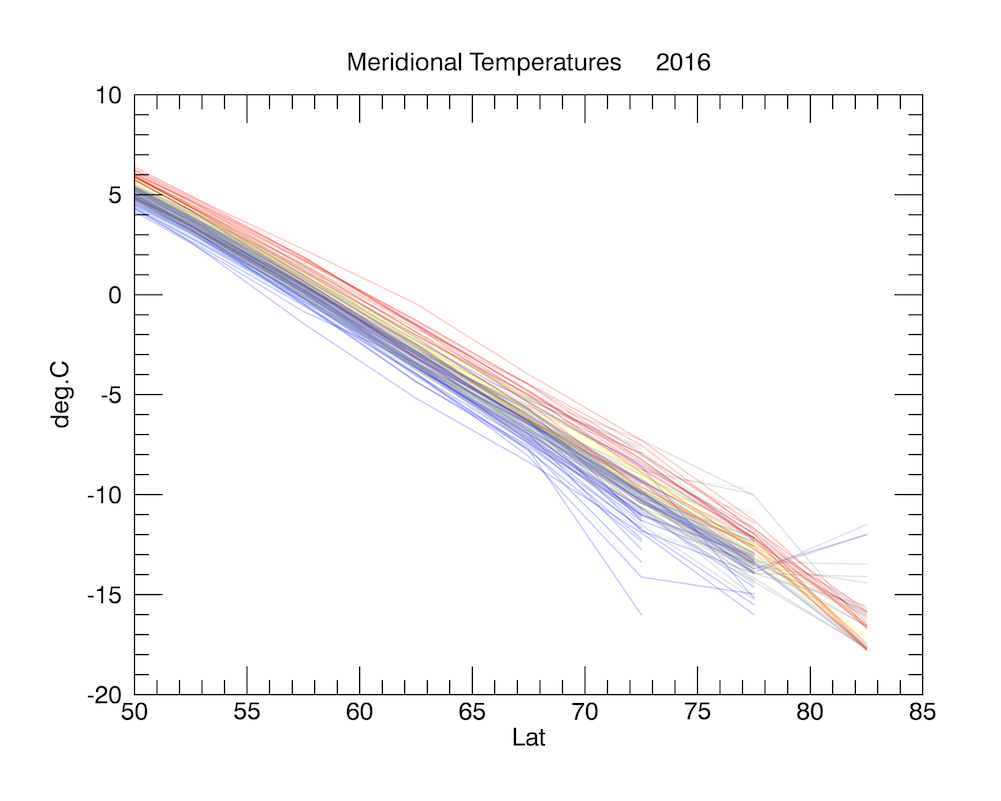 The use of anomalies to present global temperatures is confusing because it assumes that all measurement locations are warming by the same amount globally. Instead warming is concentrated towards the Arctic, reflected an increase in heat transport away from the tropics. An increase of 1C at the equator would be far more serious than a 1C rise in the Arctic winter from -50C to -49C.

Over the last 500 million years the earth has been through extreme hot house to severe Icehouse climates. This is what the meridional temperature profiles looked like under extreme climates. 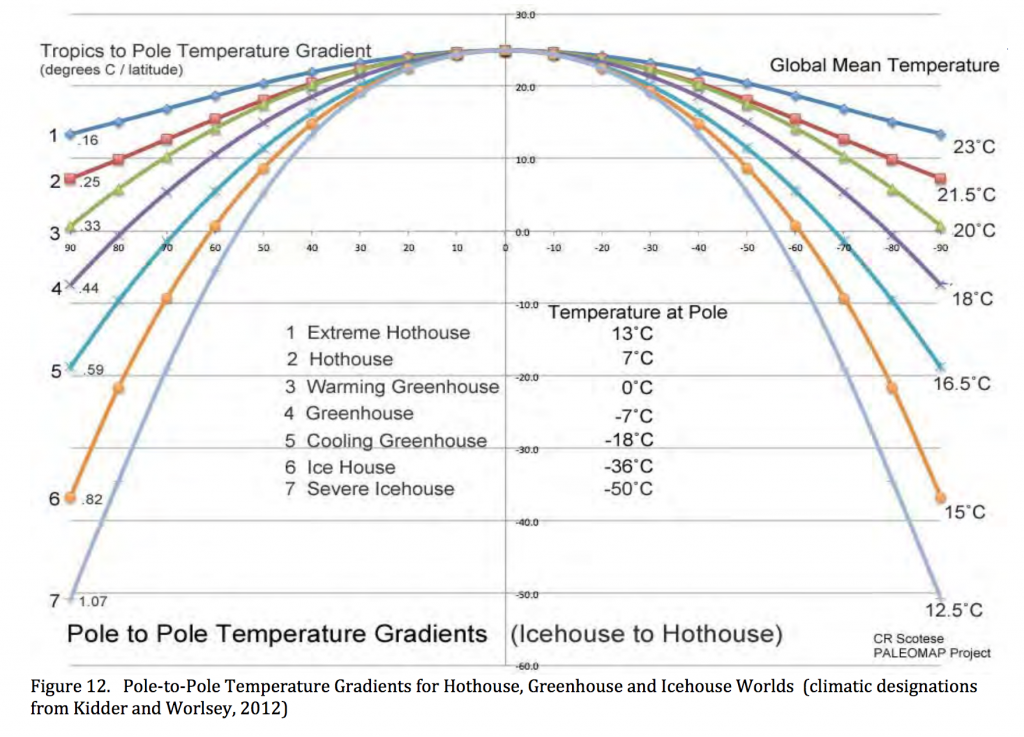 Such changes as we observe in the Hadcrut4 temperature are totally insignificance when compared to these far larger changes in the past. Warming is concentrated in the coldest places on earth because heat transport by the atmosphere and oceans has increased slightly. Sea levels are rising linearly since 1850 at about 1.3 mm/year probably as a result. However, even at this rate it would still take 1000 years to rise by 1-2 meters.