After 5 days on Heron Island and a narrow escape from Cyclone Debbie, I am now back to spherical gridding! 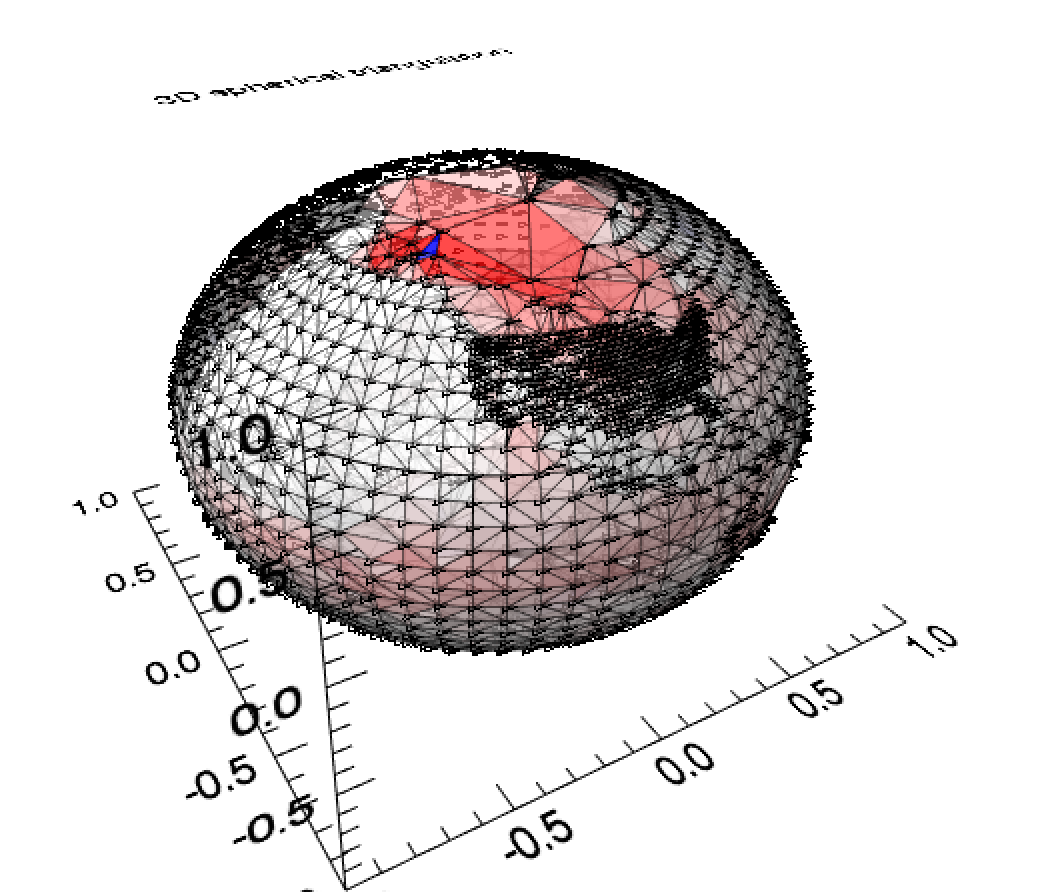 Figure 1: Triangular mesh with temperature shading showing US stations in fine mesh. Transparency of 50% also shows ghosted the grid on the hidden hemisphere. Image currently takes 72 hours to render, so it is a little difficult to optimise!

I now need to find a better visualisation method as this one takes way too long, however at least it shows how triangulation now covers both poles.

Each triangular area shown in Figure 1 is calculated in 3D cartesian coordinates to derive the area weighting used for averaging. Figure 2 shows  how the final spherical results compare to the 2D (lat,lon) triangulation results. 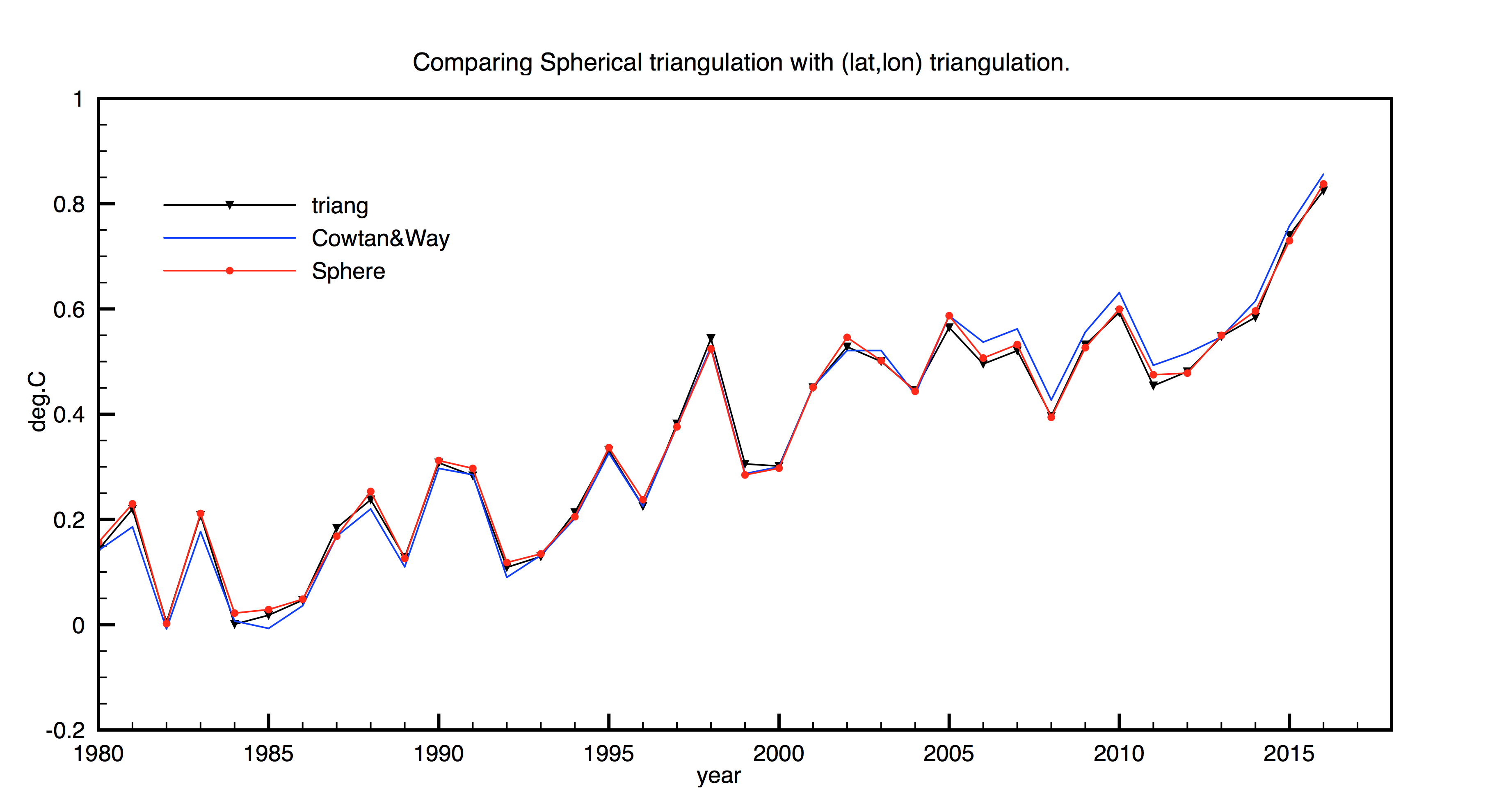 Figure 2: Comparison of spherical triangulation temperature results with 2-D triangulation. Main difference is the handling of polar regions. In blue is shown  Cowtan & Way who use kriging to extrapolate data into polar regions

There is really very little difference in the annual temperature anomalies between the spherical results and the 2-D triangulation results. Based on these results it would seem that Cowtan & Way have exaggerated polar warming effects between 2005 and 2013. Figure 3 shows the monthly comparison and just how remarkably similar the 2-D and 3-D results are despite completely independent methods of integration. 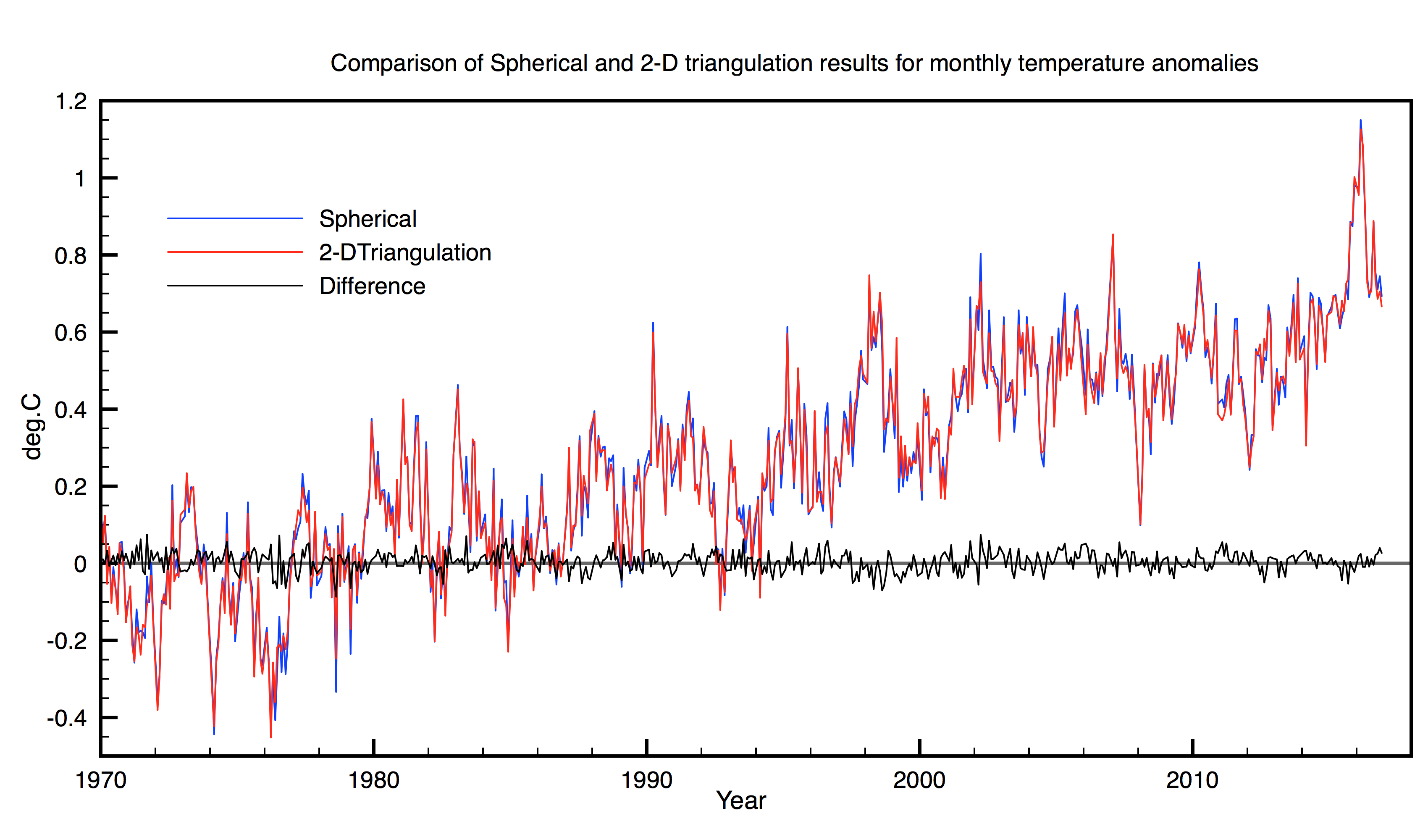 Aesthetically the spherical triangulation grid is my favourite. Unfortunately, the extra effort makes only a tiny difference compared to the more easy 2D triangulation solution based on lat,lon coordinates. Despite this, both methods, in my opinion, are better than simple rectangular gridding as used by Hadcrut4 and (partially)  by GISS and NOAA. Furthermore they avoid interpolation.

I will post the code and the data soon.