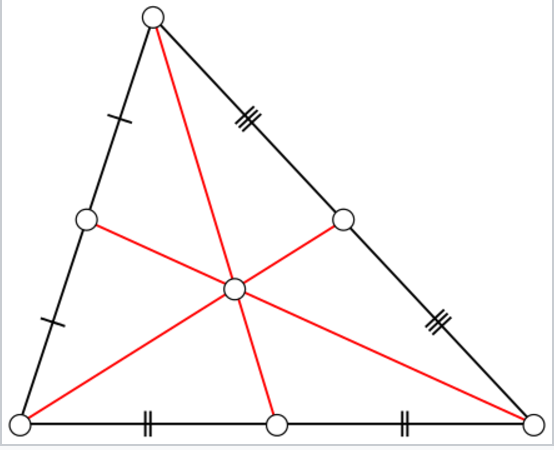 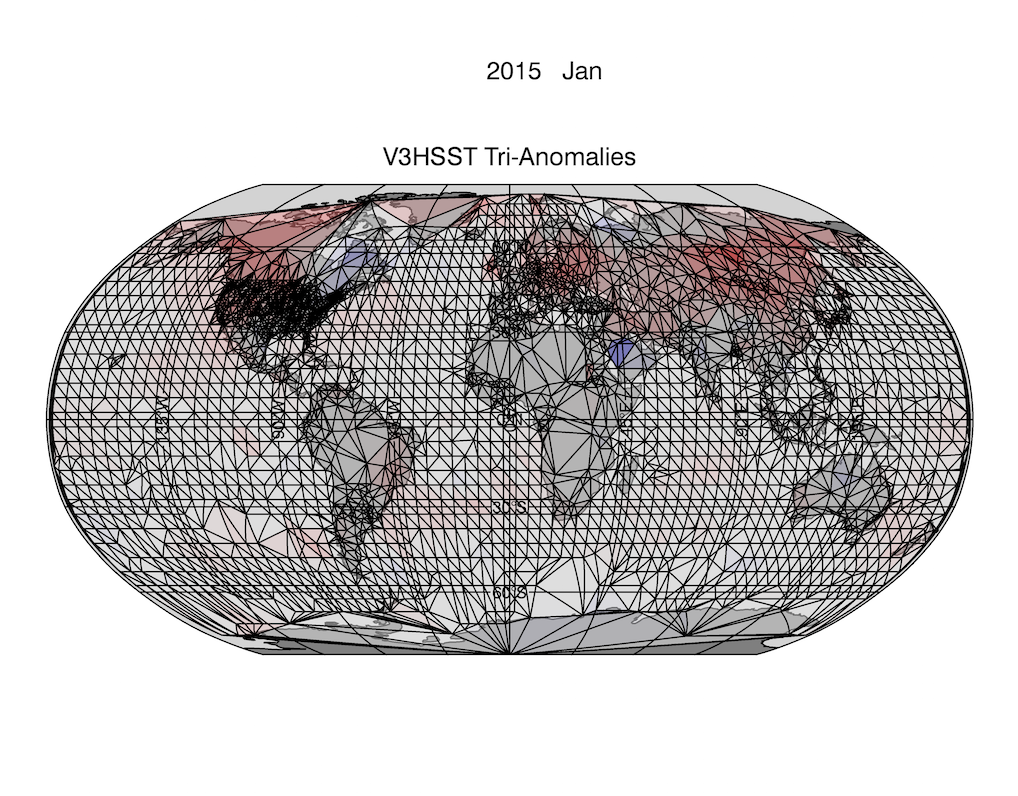 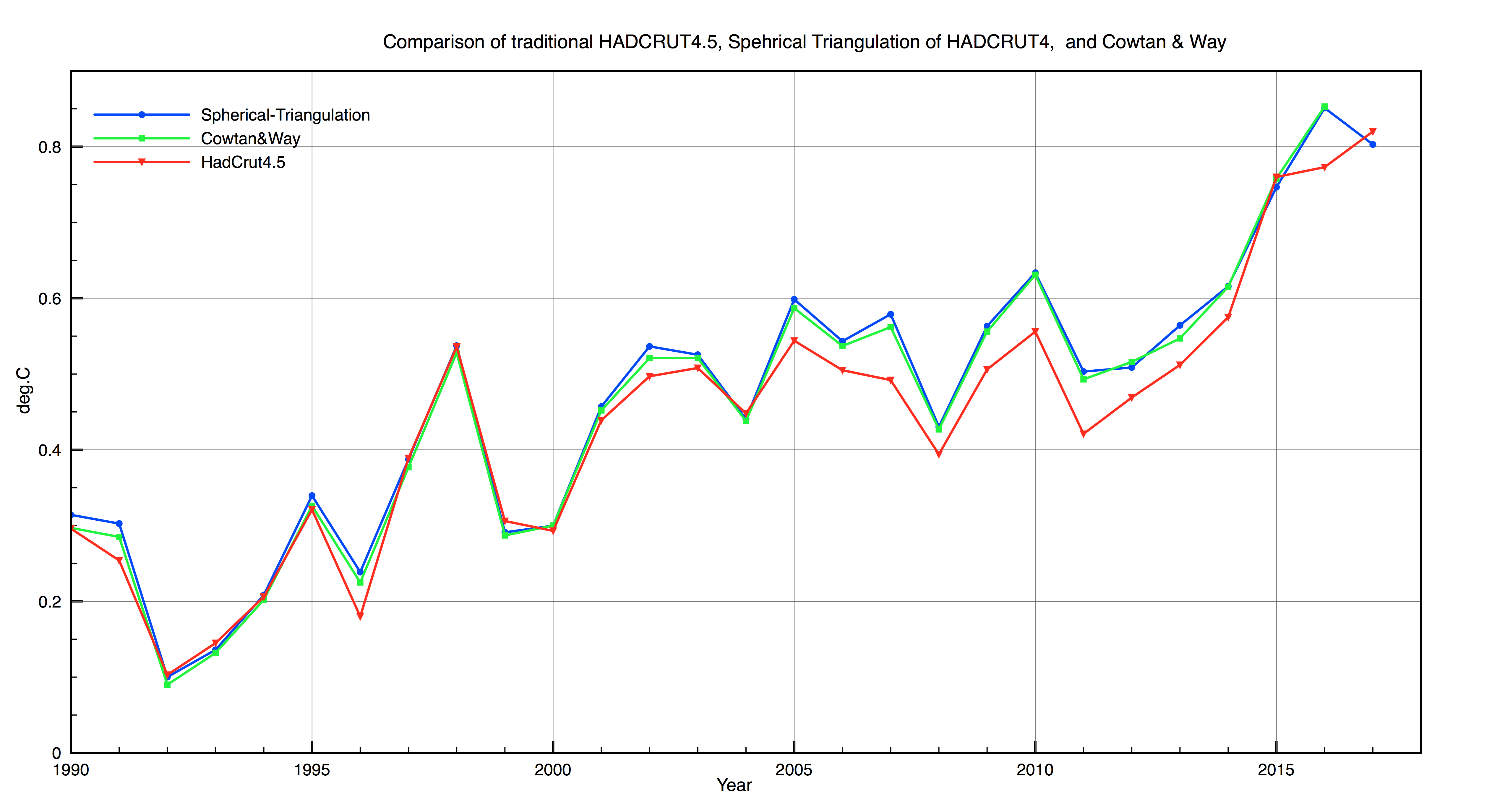 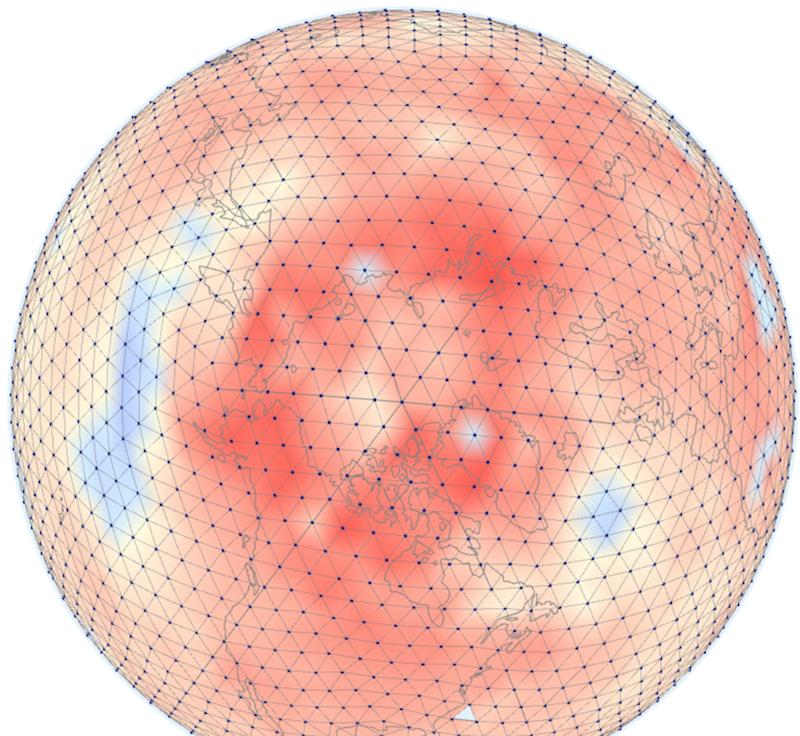 The results show a clear decadal warming trend after 1980 especially in the Arctic. Spatial results can be viewed in 3D e.g. http://clivebest.com/webgl/earth2016.html 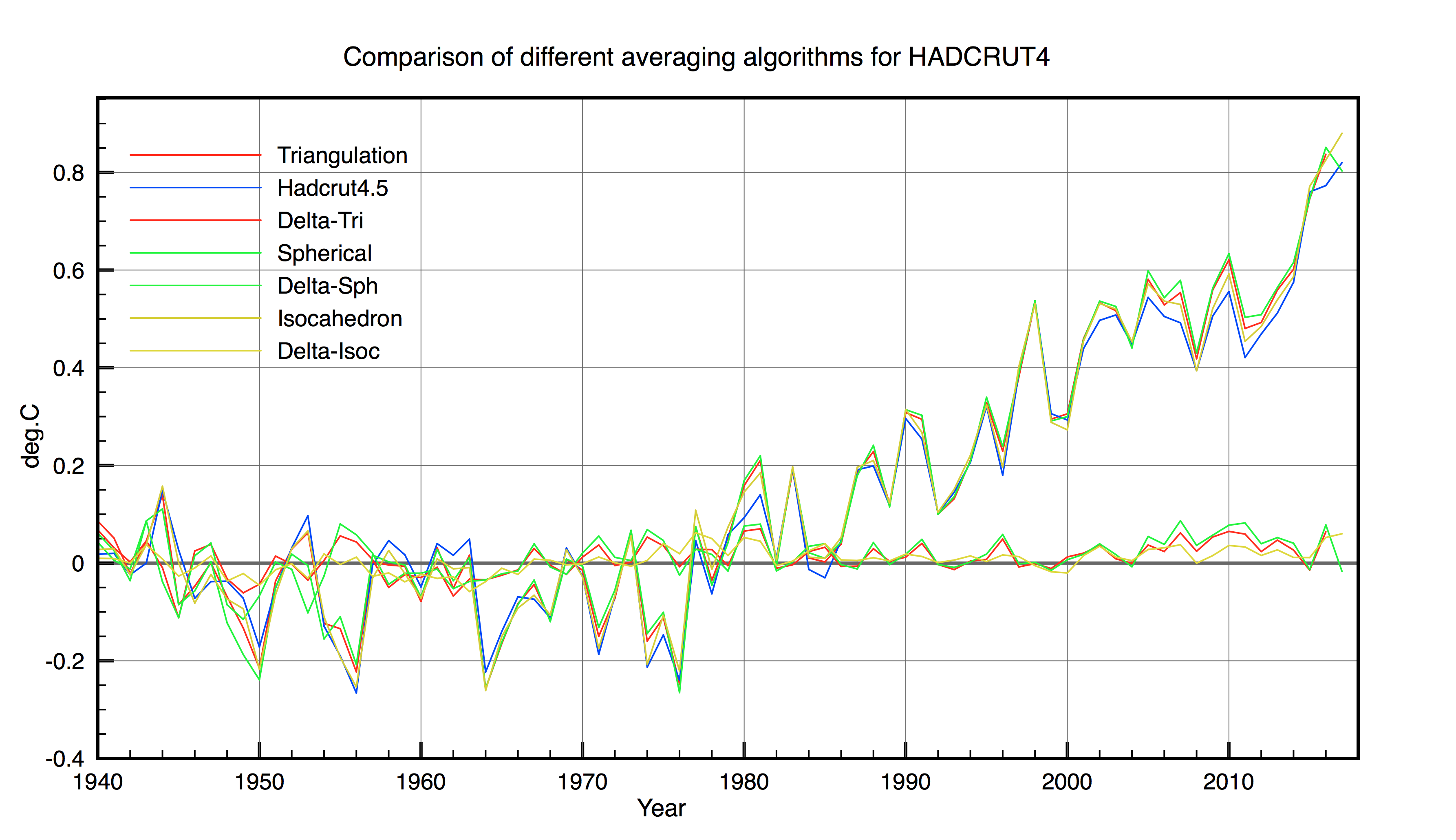 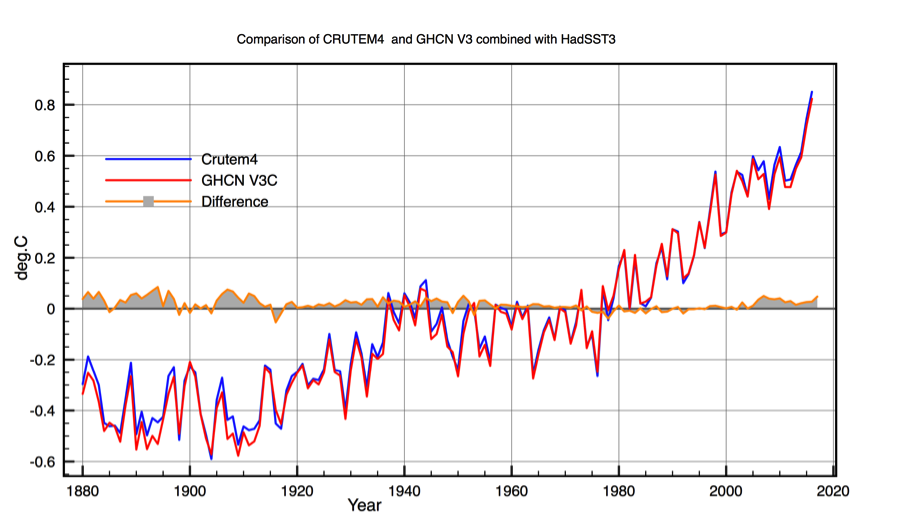 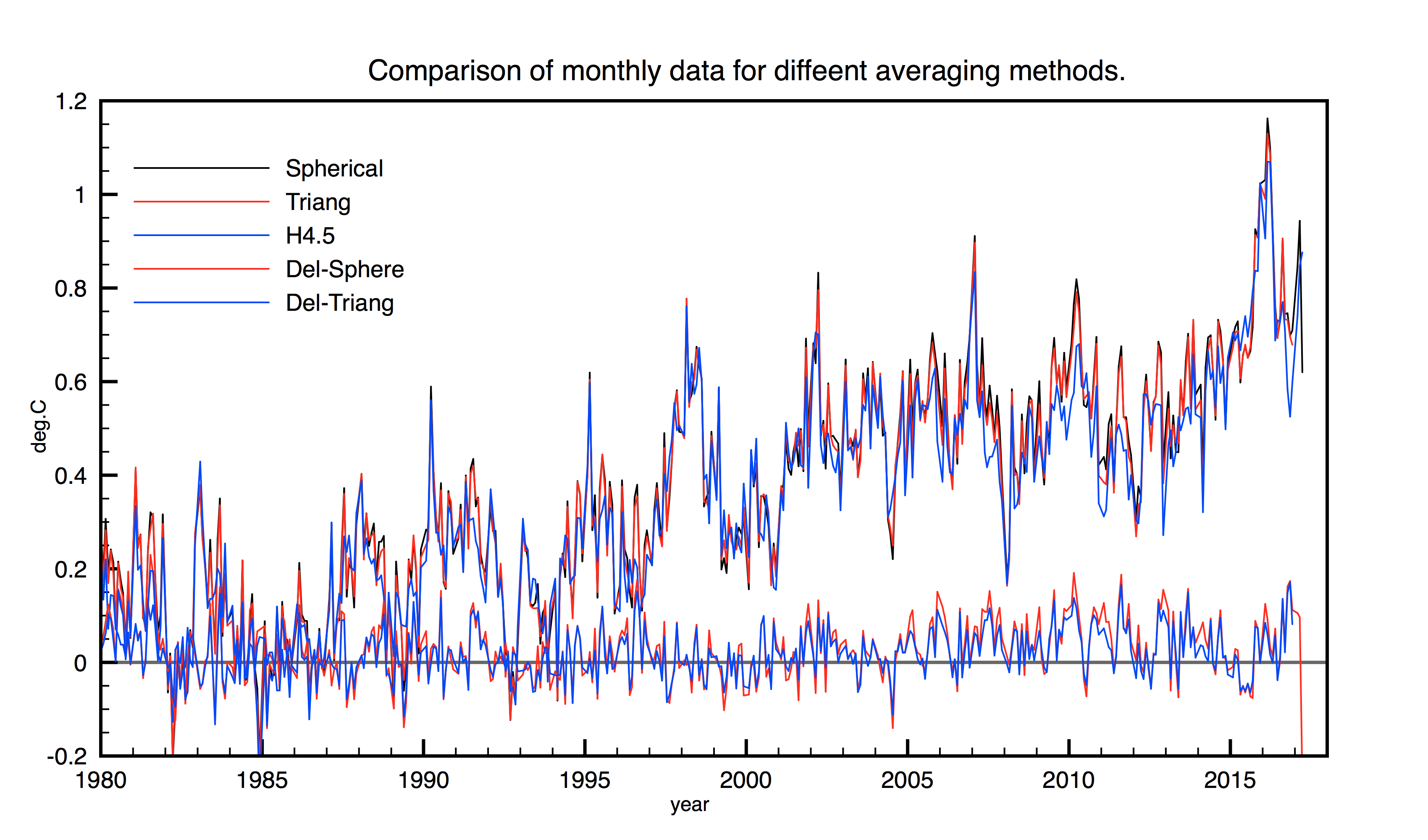 All relevant software can be found at http://clivebest.com/data/t-study