It started as a nice simple idea: There is a finite amount of Carbon that humanity can burn before the planet warms above 2C. This idea was based on  AR5  Earth Systems Models (ESMs) ‘showing’ that the relationship between global temperatures and cumulative emissions was linear. At last the IPCC had something easy for world leaders to understand! This was all nicely  summarised in Figure SPM-10, shown below. The Paris accord is essentially derived from this one figure. 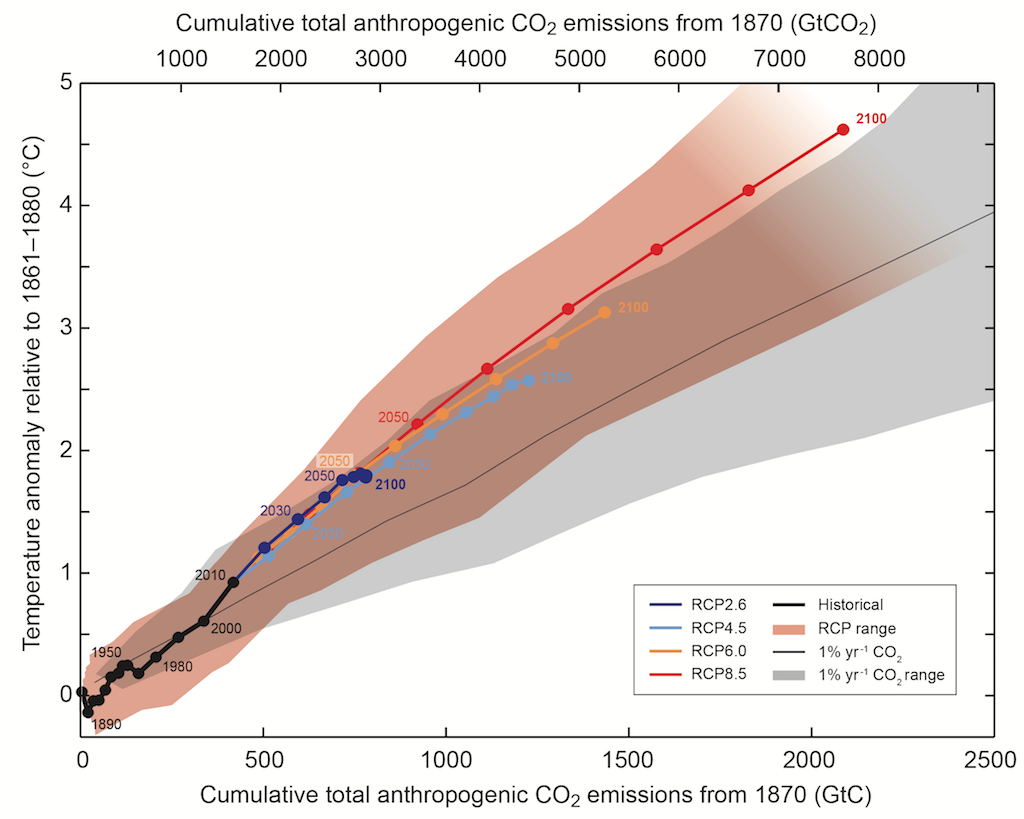 The problem though is that it wasn’t really true. After all, how could something so complex end up being as simple as a linear relationship? The difficulties  arise once you try to work back from emissions data to CO2 concentrations. One only needs to look  at Miller et al’s earlier paper to see that there were underlying problems.

A second important feature of ESMs is the increase in airborne fraction (the fraction of emitted CO2 that remains in the atmosphere after a specified period) over time in scenarios involving substantial emissions or warming (Friedlingstein et al., 2006). An emergent feature of the CMIP5 full complexity ESMs appears to be that this increase in airborne fraction approximately cancels the logarithmic relationship between CO2 concentrations and radiative forcing, yielding an approximately linear relationship between cumulative CO2 emissions and CO2-induced warming.

However their paper then found that AR5 carbon cycle models could not actually reproduce the Mauna-Loa CO2 concentrations from the historic emissions data. In short they needed to use a lower and stable airborne fraction to reproduce historic CO2 levels. I  found exactly the same problem when applying the BERN model- see Carbon Circular Logic

Their new 1.5C carbon budget paper  then found that models based on 2015 “cumulative emissions” were 0.3C warmer than reality (1.3C as opposed to 0.93C). Naturally this was then  reported across the world’s media as climate models were running too hot, and that global warming has been exaggerated.  The Climate Science community then reacted in horror with a string of denials by their peers:

which all culminated in a climb down by the authors: Authors respond to misinterpretations of their 1.5C carbon budget paper 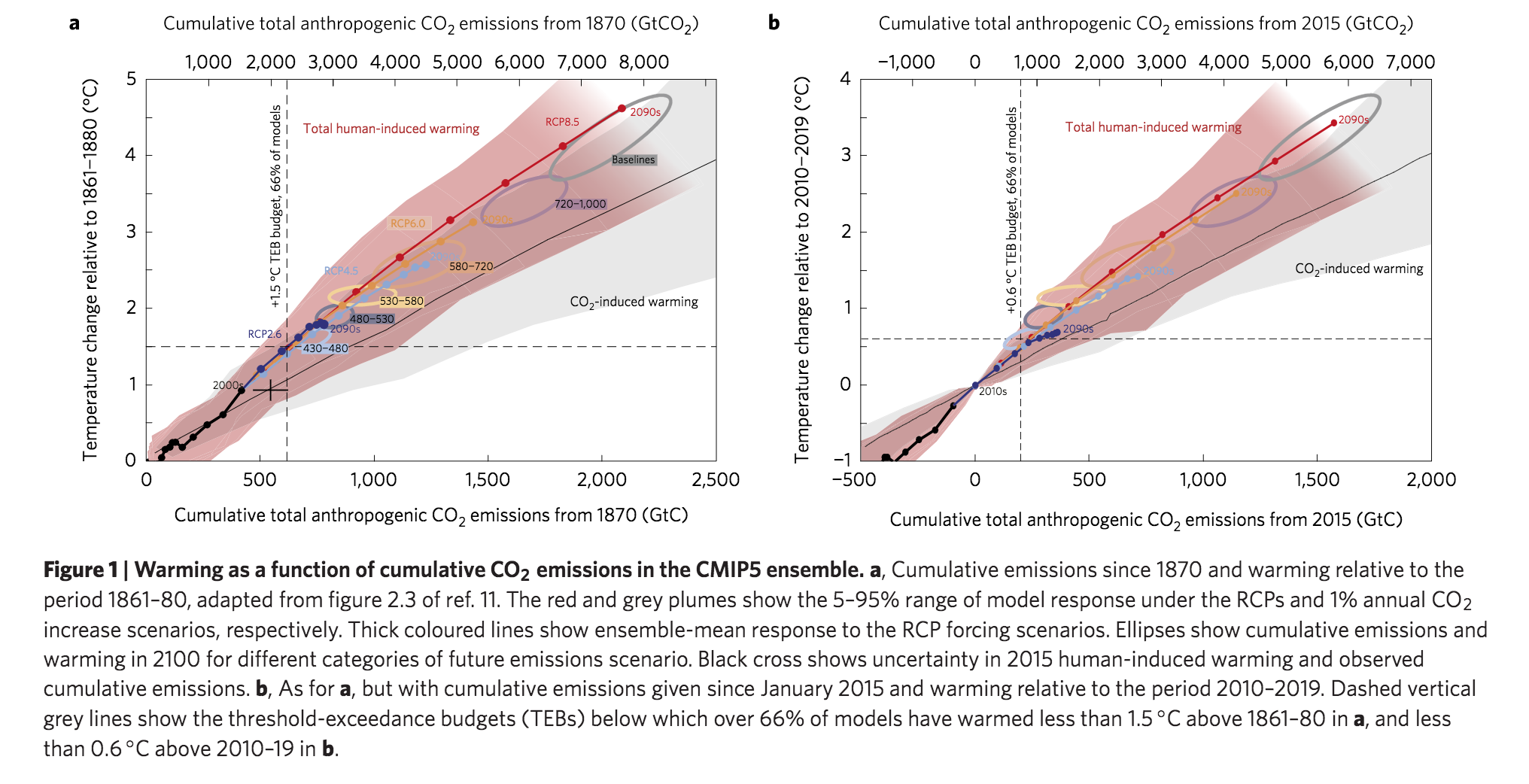 The real result of the Miller et al. paper is that CMIP5 Earth System Models (ESMs) are not handling the carbon cycle correctly. For a given emission scenario ESMs predict too high an atmospheric concentration for any given year. This is because the models result in a higher airborne fraction than reality, and they assume it is slowly increasing (it isn’t).

Temperatures shown in the Miller et al. paper are all plotted against Cumulative Emissions and NOT against CO2 concentrations. It is perfectly true that models are 0.3C warmer than measurements for the same Cumulative Emission. Only if you compare models and temperature measurements against atmospheric CO2 do the ‘Climate’ models appear now to be doing fine, albeit still somewhat on the warm side.

This then explains why the authors find that the remaining Carbon budget to reach 1.5C is now much larger! We now need more emissions than predicted in AR5 to bring CO2 levels up to where model reach 1.5C levels. As a direct result of this, the remaining budget has risen from ~50 GtC to ~200 GtC, which is an increase of a factor 4!