The December 2017 data for ocean temperatures (HADSST3) and station data (CRUTEM4) were released today. I calculate that December (0.66C) was slightly cooler than November (0.67C) and that the final  2017 annual temperature anomaly was 0.73C. This makes 2017 the third warmest year, slightly cooler than 2015 (0.75C). This is how my results compare to the official HadCRUT4.6 results. 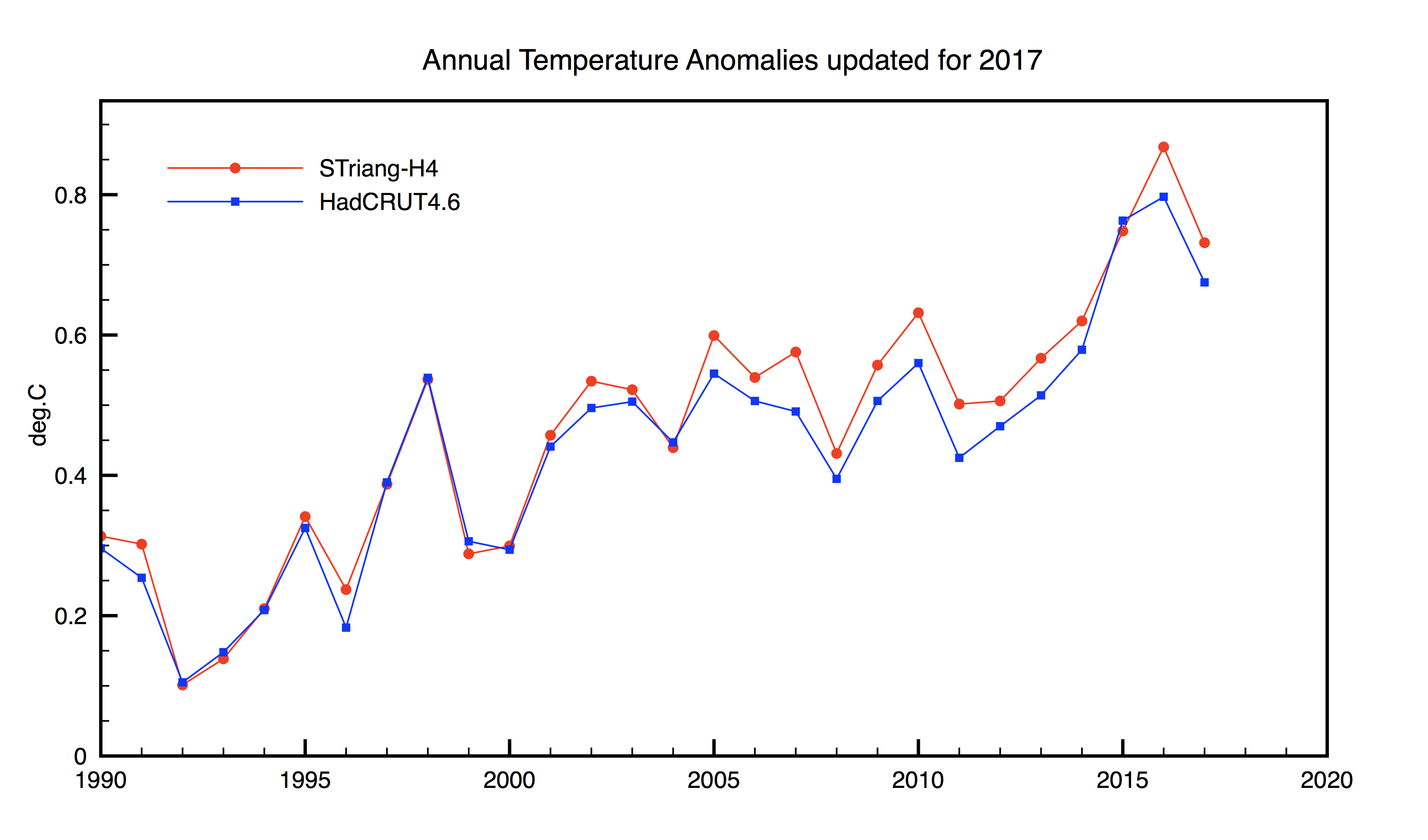 I am using a 3D spherical triangulation. Here is the spatial distribution of December’s  anomalies. 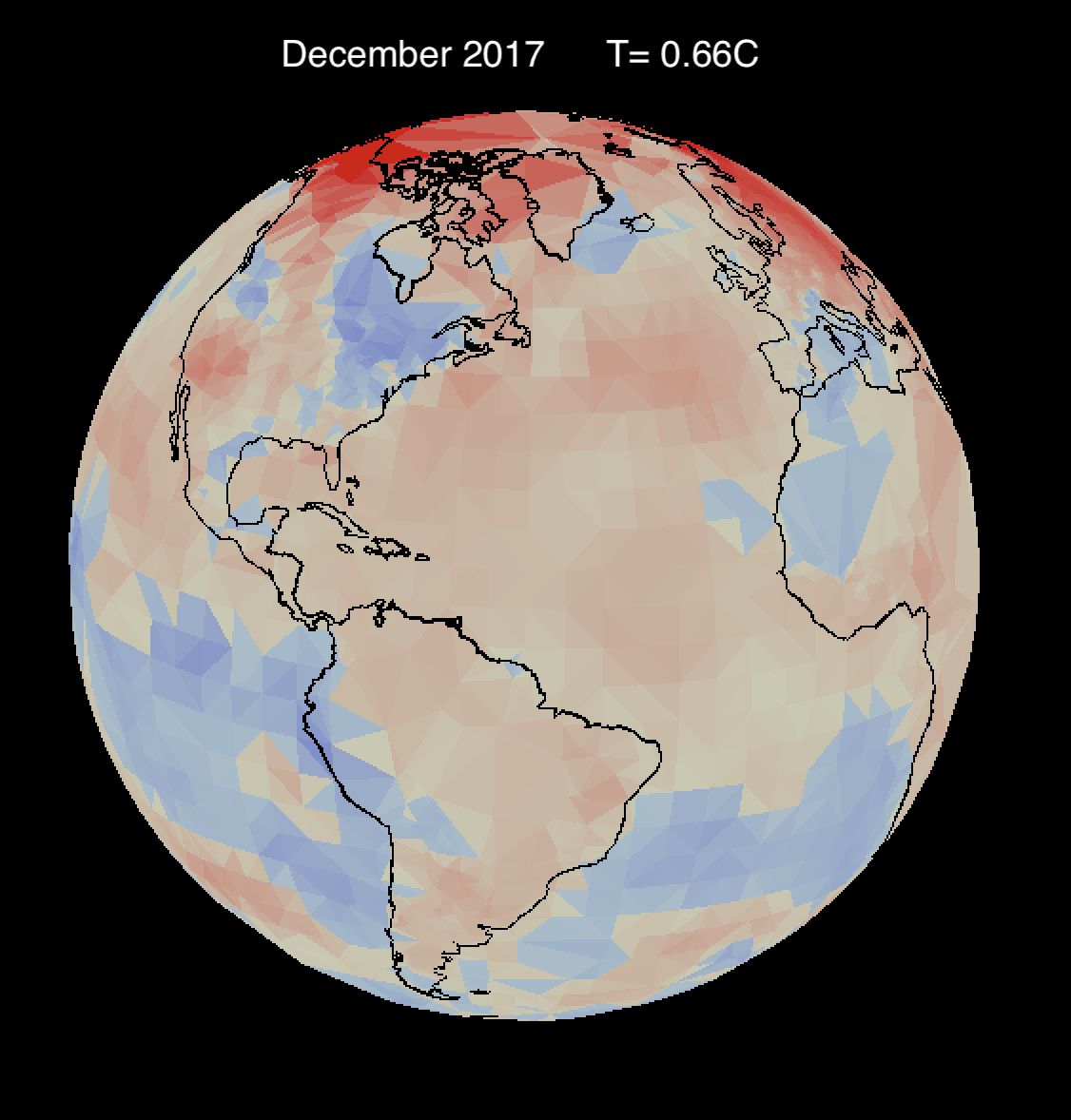