The global averaged surface temperature for July 2019 was 0.75C using my spherical triangulation method merging GHCNV3 with HadSST3. This is an increase of 0.13C since June. 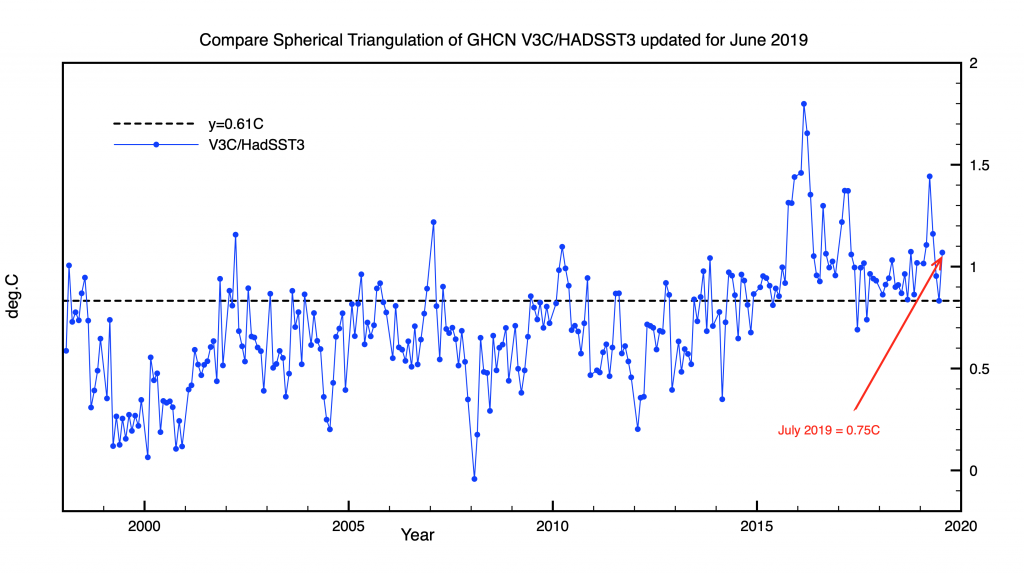 This is a large monthly rise but still in line with past monthly fluctuations. For the moment I am sticking with GHNC-V3/V3C. The annual temperature after 7 months is shown below. The 2019 value averaged over 7 months is 0.76C 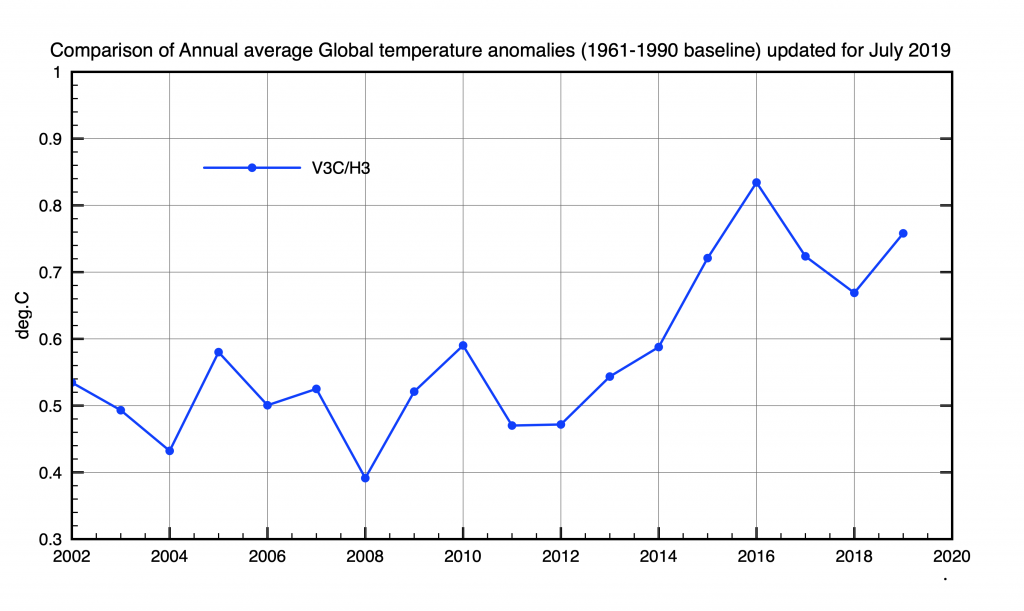 Here is the spatial dependence for July. 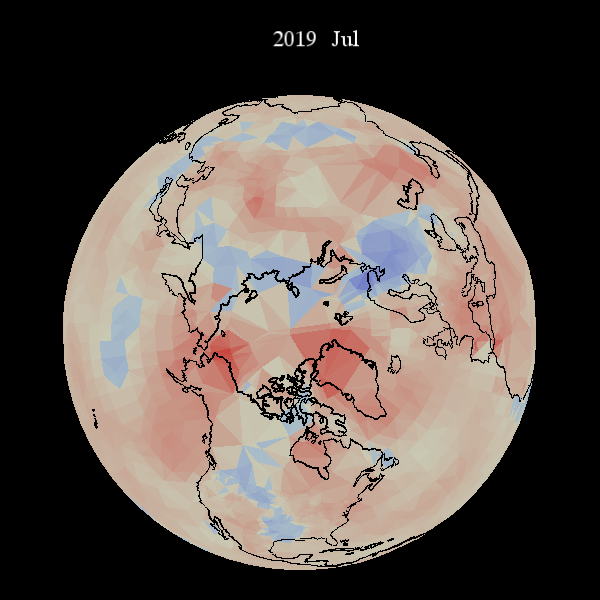 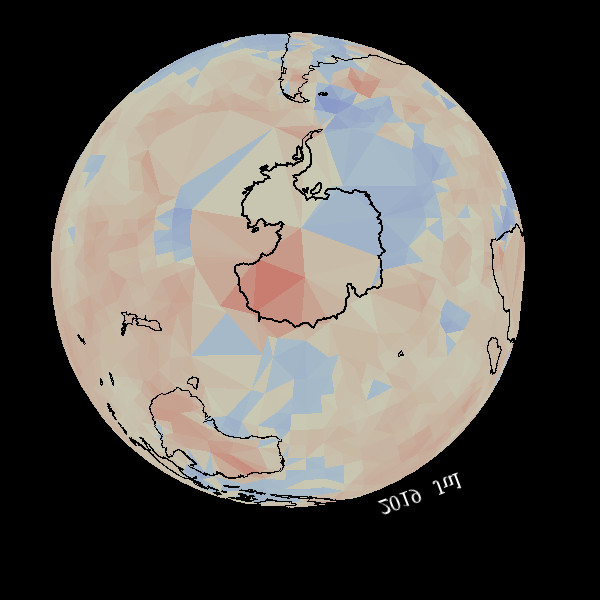 Monthly variations are still quite large so one should not read too much into one month’s values. However it looks like 2019 will end up the second or third warmest year.

Note: If I use V4C instead then all past temperatures increase significantly. That is why I am hesitant to change to V4 until I understand why. I suspect it is because of a huge increase in recent stations without long term histories, so the normals are less affected than recent anomalies. 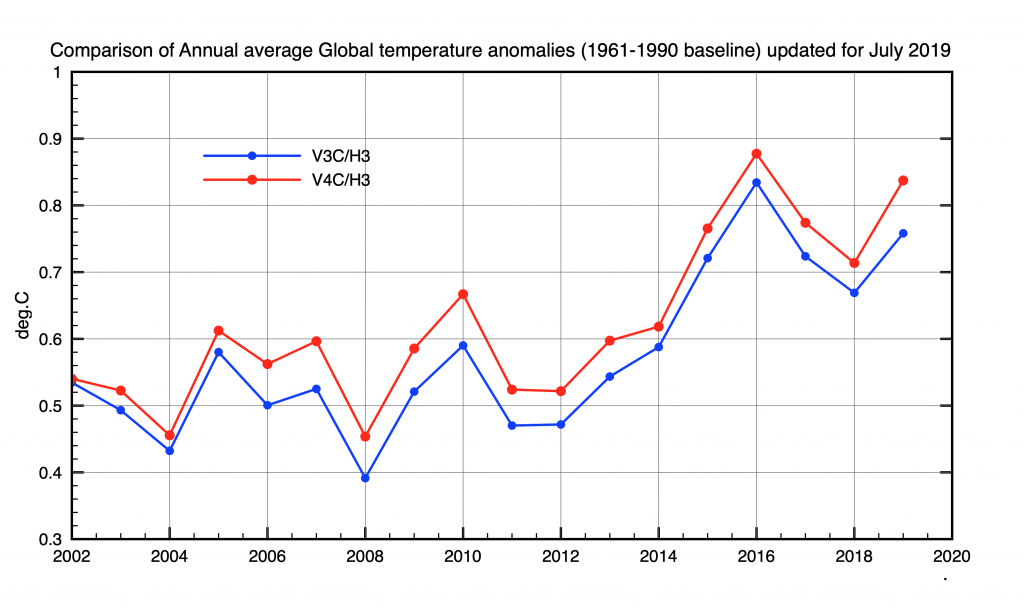 V4 annual results compared to V3, both combined with HadSST3.

25 Responses to July temperature up 0.1C