The ACORN2 average December temperature for Australia is 25.9 C

I claimed in the last post that average temperatures in Australia for December  was 24C and not the 27C as stated by BOM, even though everyone else seems to agrees with them (CRU,GHCN,Berkeley) – See for example  this graphic. So apparently I must be wrong and should beg for forgiveness on twitter. However if  you actually use just the 112 quality controlled ACORN2 station data to calculate the average temperatures in exactly the same way as CRU (rather than triangulation) then you get 25.9C, provided you first exclude off-shore stations.  The result therefore depends on your definition of the average.  I calculated  the spatial distribution for ACORN2 stations binned and averaged in exactly the same way as CRU (5 degree bins). 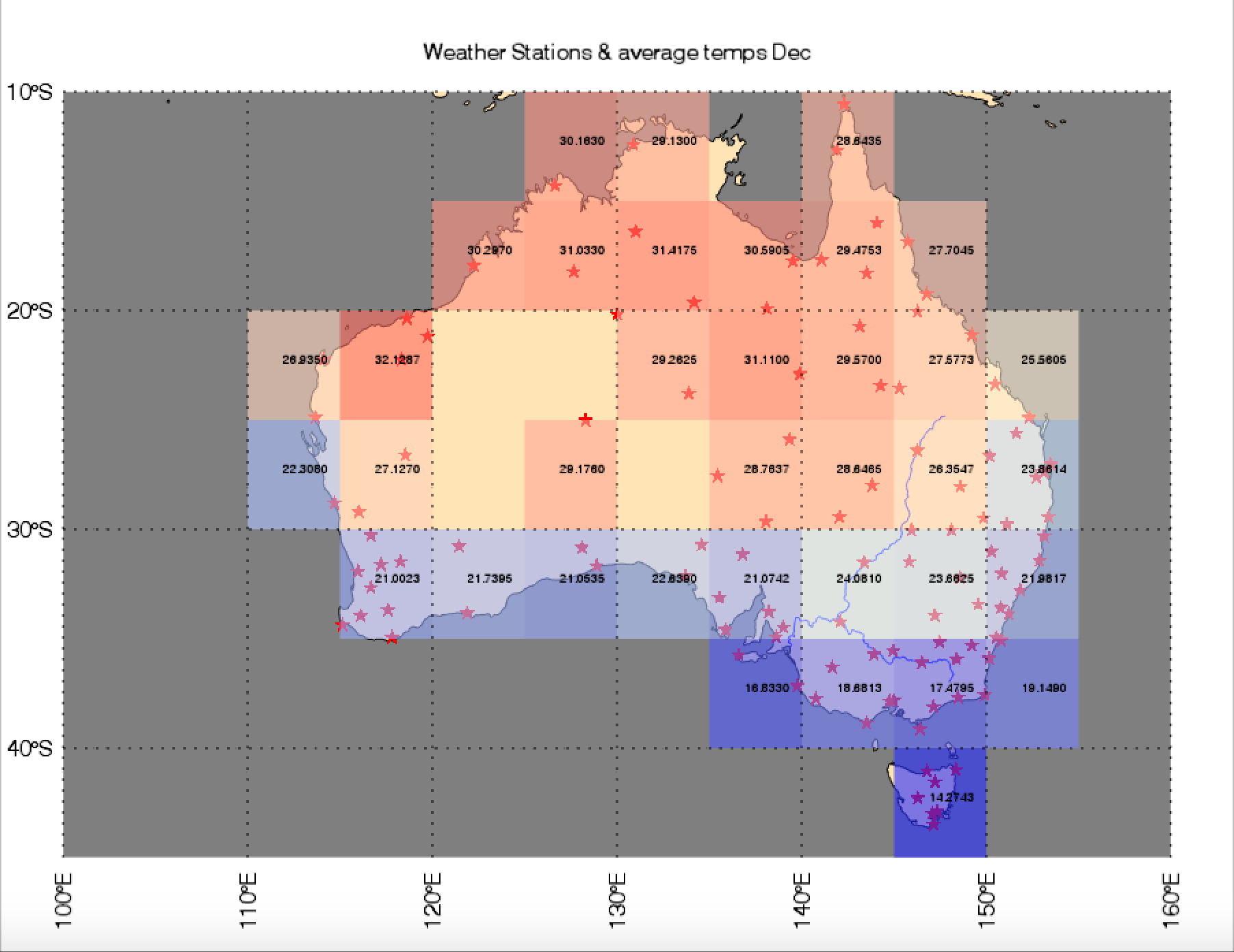 Figure 1  shows the 30y average temperatures for December using just ACORN2 stations. The station normals that I calculated for each month and for overlapping ACORN station agree exactly with those calculated by CRU. For instance the Merredin 12 monthly normals are:

So why do others find even warmer temperatures? Well one difference to the ACORN analysis is  that CRU, GHCN and Berkeley Earth are using about 400 Australian weather stations, three quarters of which do not directly appear in ACORN2 although some overlap. Perhaps including these extra stations then boosts the resultant spatial average to 27.1 C, or does it?

This paper describes how BOM selected the stations for ACORN. To quote:

Only some of the stations in a network are suitable for use in long term climate change analyses. Most have too little data (less than 30 years), and some have excessive missing data, poor site or observation quality, or are otherwise unsuitable.

So the Australian average temperature depends on whether you include these “unsuitable” stations in the calculation for Australia, including those rejected from the ACORN series for data quality reasons. Apparently BOM itself then quotes the CRU average temperature (27.1C for December)  resulting from using all stations and not those just those from the quality controlled ACORN set.

None of this makes any difference to the temperature anomaly results which are fine, but it demonstrates just how tricky it can be to convert these anomalies to absolute temperatures.

I then looked at the CRUTEM4 results themselves. I simply used the CRU calculated normals from all the station files within Australia. These have the Country codes  94 and 95. There are 360 of them with normals defined between 1961 and 1990. I likewise also restricted all these to be lie within the continental land mass of Australia  (one is actually located in Antarctica).  Here is the result. 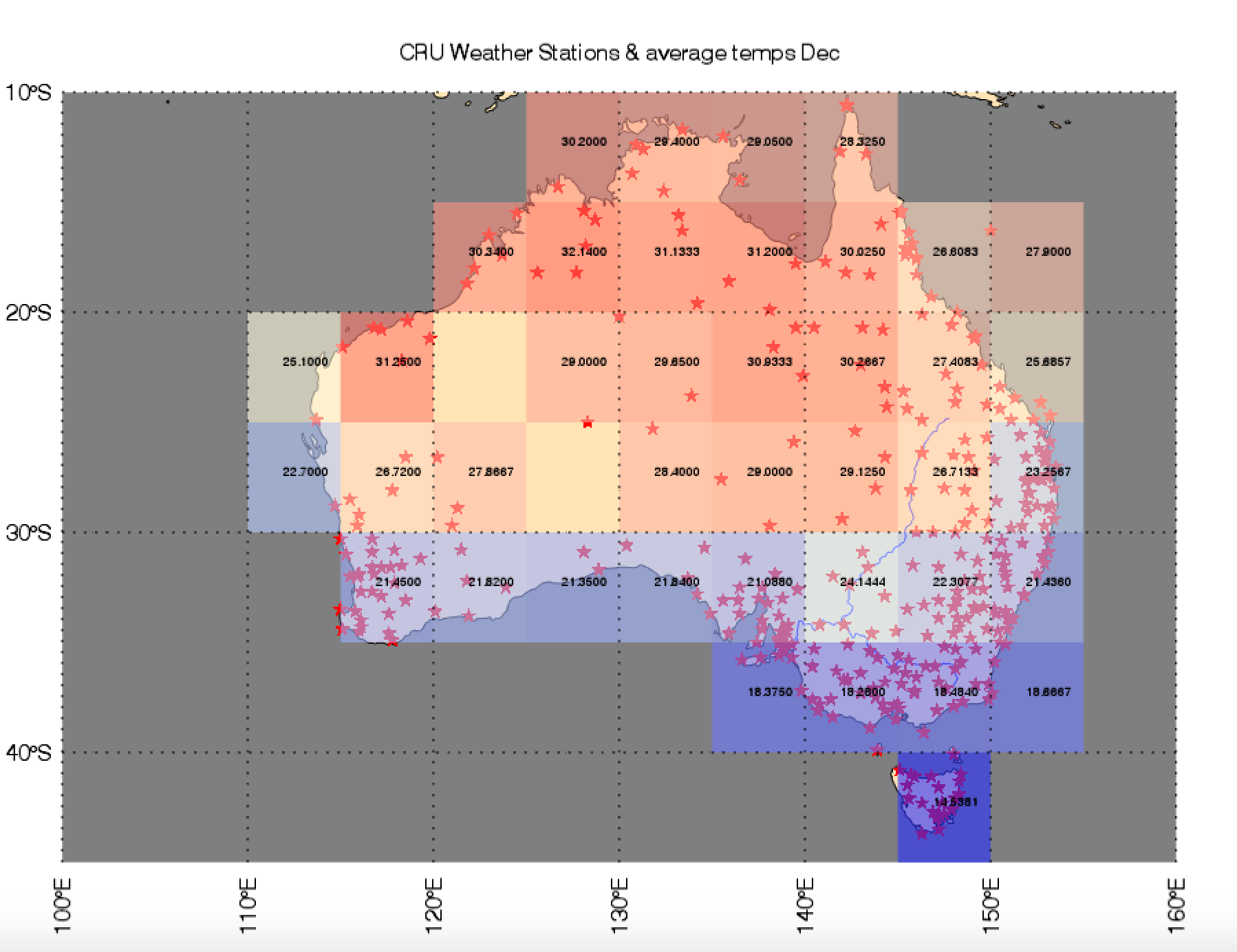 All  data and results can be found here:

P.S. I am actually in Katoomba, Australia  right now (6 Feb). The temperature today reached just 14C but at least brought some much needed rain!

5 Responses to The ACORN2 average December temperature for Australia is 25.9 C