One should always be cautious of entering a field you know nothing about! However I wanted to understand better how epidemic models work since these are now the primary driver affecting government policy during the Coronavirus emergency.

The classic model of infectious diseases  dates back to the 1920s and is called the SIR  (Susceptible, Infectious & Recovered) model. This is well described in this article plus.maths.org on  which I base this post. Here is my (probably naive) interpretation of the SIR model:

During any  epidemic there are 3 groups of persons within a population.

I – Those sick and infectious to others

R – Those who have recovered from infection or died

The rate of change of each group is as given by the following differential equations.

B is the birth rate (births/day)

g is the recovery rate so that

is the infectious period in number of days

D is the death rate (deaths/day)

, which is equal to the average number of new infections passed on by each infected person at the beginning of an outbreak. This value naturally changes as the epidemic evolves.  It can also be changed by taking such measures as quarantining, and Social Distancing to reduce the contact rate, as currently imposed in the UK.

<1 .  Note that as more people get infected the initially large susceptible group reduces and as a consequence so does

until it eventually falls below zero and the peak quickly decays.  That is why eventually epidemics will always end.

So let’s try to run this model for the UK under different scenarios. To make life easy we assume that the birth rate B and death rate D can be ignored as they are small compared to the overall population (60 million). We assume.

I coded up this model and started the simulation from day 1. I used Python even though I hate it. This is so that anyone else can run a simulation. Here are the initial results. 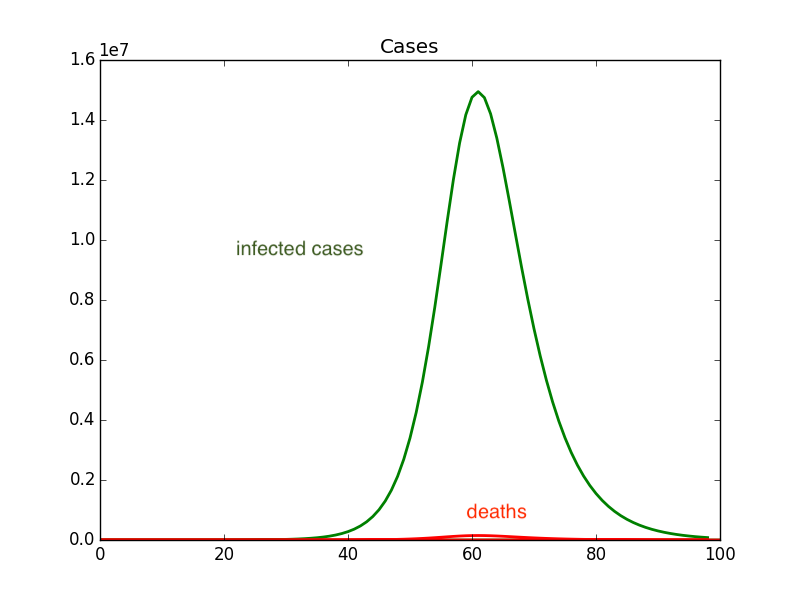 Fig 1: Coronavirus epidemic curve of infected cases and deaths per day for the UK population without mitigation efforts (days after first case) for the scenario described.

There is a rapid exponential rise in cases following an initial long quiet stage. The peak of the epidemic occurs about 62 days after the first cases but then rapidly collapses as the number of susceptible people quickly decline. The final number of deaths reaches a total of 271,500. At the end of the epidemic most of the population would have been infected but some lucky people remain unscathed by the virus. Out of a population of 60 million people about 5 million might escape being infected at all. 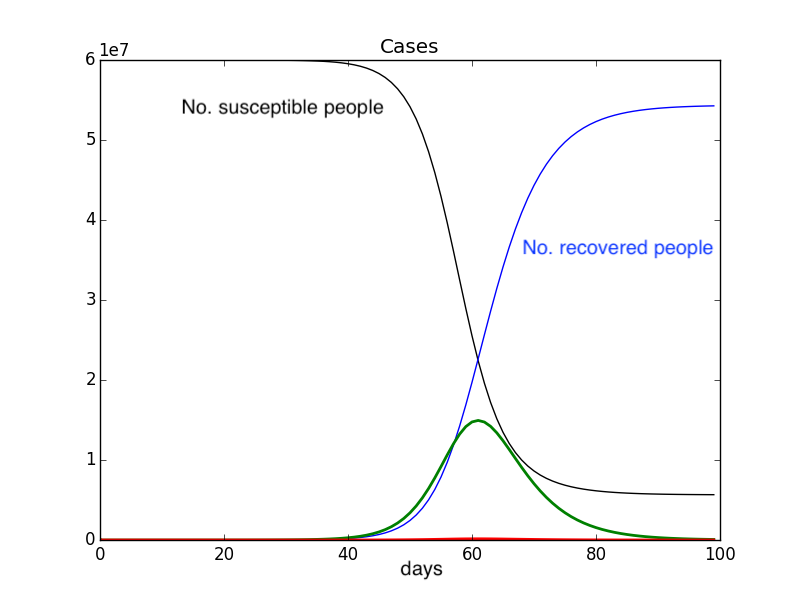 Fig 3. Change in susceptible and recovered  populations. Infections and deaths are per day. About 5 million people probably would escape coronavirus infection for a UK population of 60 million

Now suppose the government imposes a near lockdown in order to suppress the epidemic at day 30. This reduces the contact rate to 0.15/day shifting

< 1. This has a dramatic effect on new cases but the long tail of infections is extended for several months. This means that any relaxation of lockdown measures will simply increase

again within the next month thereby triggering a second epidemic and inducing a second lockdown etc. 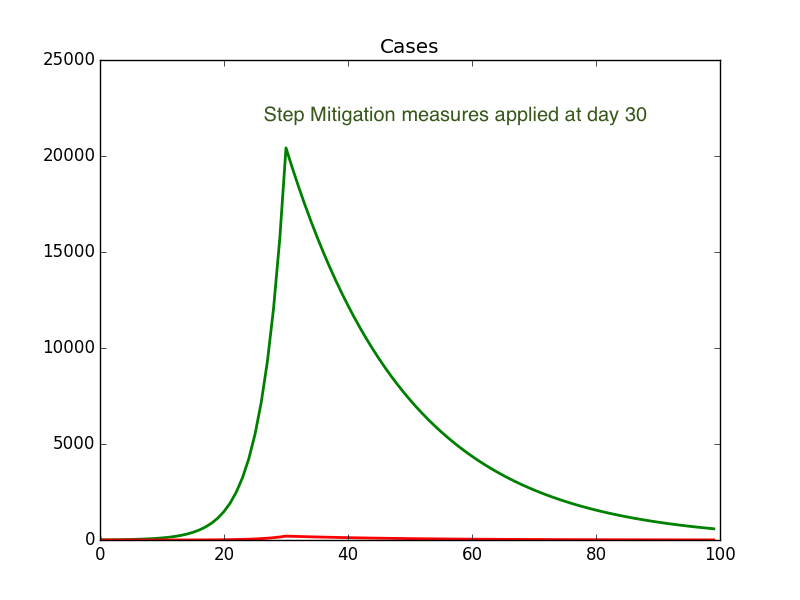 Fig 4. Lockdown imposed at day 30 causes a rapid mitigation in cases – but for how long?

Can our economies survive such a series of stop go epidemic lockdowns until a vaccine becomes available in optimistically 10 months from now ?

Let’s hope that our governments actions  are based on far better scientific advice than mine, because otherwise their only alternative exit strategy is to simply let the epidemic run its course, but yet more painfully slowly by turning on and off lockdowns.

P.S. I hope I am totally wrong on this !

One possible motivation for lockdowns is to buy time in order to deploy more effective anti-viral drugs to greatly reduce the death rate.